Vote now for 2013 Most Beautiful Object

27 Feb 2013 | Email | Print |  PDF
The Most Beautiful Object in South Africa (MBOISA) 2013 finalists have been nominated by a mix of design journalists and cultural commentators in South Africa.

Every year Design Indaba invites the public to engage with the question of what constitutes beauty through the MBOISA award. More than just an object of visual delight, MBOISA encourages a wider definition of beauty - one that encapsulates attributes such as social significance, economic impact, usability, sustainability and even humour.

The winner is determined by public vote. Vote for your most beautiful object in South Africa, via SMS. The winner will be announced on Sunday, 3 March 2013 at the Design Indaba Expo.

The designs of all the MBOISA finalists will be on show at Design Indaba Expo, open to the public from Friday, 1 March to Sunday, 3 March at the Cape Town International Convention Centre.

1. Zanzan Umbrella by Gareth Cowden, Babatunde
Made using African wax prints, Babatunde's range of accessories - including caps, trilbies, pith helmets, bow ties and clutch bags - fuse the iconic patterned fabric of West and Central Africa with Western shapes. The brand stands for strong African values and maintains a focus on quality details. The Zanzan umbrella is handmade with polycotton and a wooden frame. The shade is UV-resistant and waterproofed with a fabric sealer.

Vote for the Zanzan Umbrella: SMS* "MBOISA Babatunde" to 43431

2. Necklace by Katherine-Mary Pichulik
Katherine-Mary Pichulik makes one-of-a-kind neckpieces and jewellery from the humblest of materials: rope. A graduate of the Michaelis School of Fine Art at UCT, she began making jewellery out of materials she found on her travels through India - rope, a bead, bones... She has developed a distinctive language using intense colours, bold shapes and quirky details to create a range of fresh, contemporary tribal-inspired jewellery.

3. The Soweto Theatre by Lawrence Chibwe, Afritects Architects
This new landmark building transforms the world's most well-known township into an area known not just as a place where people come from, but where people also go to. It is set in the heart of a culturally rich area within the neighbourhood of Jabulani, a planned entertainment precinct that is the first initiative of Soweto's grander development plan. The building's innovative design brings a heightened sense of hope to the area.

The red, yellow and blue colours of the theatre's three "boxes" represent the vibrancy, personality and excitement associated with performance in Soweto. The 200 000 ceramic tiles adorning the boxes' exterior walls were laid individually by local tradesmen. Their walls curve both horizontally and vertically, creating a parabolic shape that is the building's signature feature and was one of the most challenging to engineer. Afritects designed the theatre by exposing the three performance boxes outward to the public, thereby inviting the community in while at the same time clearly defining each separate venue.

4. Mechanical Bureau by Joe Paine
This desk utilises an old-world mechanical solution to the modern-day problem of space-saving laptop storage. It was inspired by the late 19th and early 20th-century farm machinery often found rusting in the veld on a typical Highveld farm. It opens and closes using a system of gears, cranks, and rack and pinions. As one turns the handle the top lifts up and a rack and pinion pushes the timber worktopout towards you, providing extra workspace. When the user is finished working, the lid closes, hiding the laptop. The desk is part of the 2012 Southern Guild collection.

Vote for the Mechanical Bureau: SMS* "MBOISA Paine" to 43431

5. Pebble Dress by Gavin Rajah
This dress from Gavin Rajah's Spring/Summer 2013 couture collection was created out of leather pieces that were moulded into pebble shapes and then embroidered onto mesh by hand. The leather pebbles are placed to create a gradation of colour with rose gold blending into chocolate. Rajah's studio pioneered the technique to foil ostrich skins with the Klein Karoo Co-op last year. After the technique attracted interest from Chanel and other international fashion brands, the studio decided to create their own textiles in foiled leathers. The result is a more tactile leather with depth and dimension. The garment is handmade and has been created without seams in pure couture tradition.

Nominated by Malibongwe Tyilo, Blogger, Skattie What Are You Wearing?

The Slice cutting board is Jonathan Fundudis's exploration of the utilitarian, shorn of splendour and adornment. The design is characteristically defined by its purpose yet visually invites attention in any kitchen environment. The removal of two mirrored wedge shapes from both sides makes the board effortlessly easy to pick up and controls the funneling of food from its surface in one movement. This feature not only makes the product highly functional but gives it a sense of pared-down ornament as well. The board has been nominated by the German Design Council for a German Design Award 2013.

Gavin Rooke's Dutchmann label initiates creative projects that connect experienced master craftsmen with contemporary designers and artists. For the Delft Portfolio, Dutchmann asked 10 artists and designers to create artwork for ten surfboards shaped by Spider Murphy. The surfboards are identical to the original 1975 Pipeline Gun on which Shaun Tomson won the Hawaii Pipeline Masters. The artists were asked to work within the theme of Delftware, limiting their palettes to the cobalt hues that gave this 16th-century Dutch style of pottery its distinctive appearance.

For his board, designer Gustav Greffrath decided to bring the attention back to the object and the craft that went into shaping it. The traditional processes of sealing and laminating boards creates a high-gloss layer that is at first beautiful and beguiling. Yet it only covers up the true beauty of the matt, white object underneath. So Greffrath omitted any graphic elements to shift the focus to the shape of the board. He also left part of the board exposed, specifically the section featuring Murphy's signature. The varied responses by the artists in this portfolio demonstrate the power of making, the diverse ways collaboration can offer up new ideas and, finally, the way the contemplation of a beautiful object can create a personal experience far beyond its intended purpose.

8. Wood and Carbon Bike by David Stubbs
David Stubbs came up with an innovative way of combining wood and carbon to create a lightweight but strong 10-speed racing bike. The frame's exterior consists of laminated ash, bamboo and purple heart woods, strengthened by carbon fibre placed at strategic internal points. The result is an aesthetically beautiful, structurally sound bicycle unlike anything else that has been designed in South Africa. The wood is watertight to withstand the elements and creates the feeling of a smooth ride. This is a one-of-a-kind bike used by Stubbs himself, a leading shaper and manufacturer of world-class surfboards, longboards and kiteboards with a passion for making things with his hands.

In May 2012 a ruckus erupted over a provocative painting called "The Spear" by artist Brett Murray. The painting featured President Jacob Zuma with his genitals exposed, painted in the style of a Lenin propaganda poster. After City Press covered the exhibition and published a photograph of the painting, a nation-wide furoreensued. The artwork was defaced twice, live on camera and mass protests resulted through the streets to protect the president's dignity with the ruling party calling for a boycott on City Press for publishing the controversial piece. The May 27th issue of City Press went out anyway and, far from being boycotted, sold out everywhere.

Following the death of an employee in a road accident involving a taxi, Ronel Jordaan conceptualised the idea of a bag made of polyester that is strong, and which could also be worn as an item of bright, reflective clothing when commuting during the day or at night. The multi-functional design is a departure for Jordaan, who is well-known for her sculptural pieces made from felt. She designed the form of the two patterns to accommodate people's various shapes and sizes. The zip is curved to disperse weight and accommodate various hip sizes. A drawstring gives the bag a fashionable square shape. The vests range from simple to fashionable, offering something for everyone. As the bag folds into the size of a tennis ball, it easily fits into any handbag or jacket pocket.

Vote for the Visibility Vest: SMS* "MBOISA Jordaan" to 43431

This dress was showcased at the 2012 Elle Magazine Rising Star Awards, for which Sindiso Khumalo was selected as a finalist. Named after legendary performer Aretha Franklin, the dress is made from digitally printed 100% silk chiffon. The print is designed with an understanding of where each element of the print will fall on the body. It was designed for Khumalo's first collection, for Spring/Summer 2013. Khumalo studied architecture at UCT before moving to London to work for award-winning architect David Adjaye. Following that she went on to study an MA in Textiles at Central St Martins College of Art and Design, graduating with a distinction for her final project. Describing her aesthetic as "Afro Bauhaus gone Pop", she brings a heightened sense of colour and a collision of geometric prints into a luxury womenswear brand. 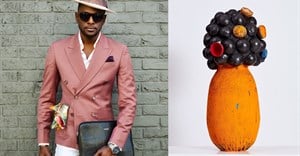 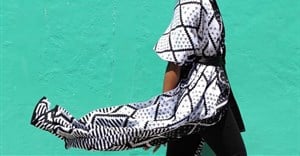 #DesignIndaba2017: What is South Africa's most beautiful object?1 Mar 2017 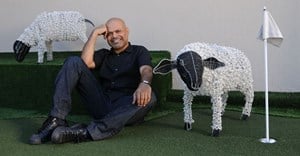 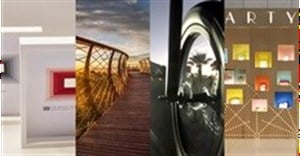 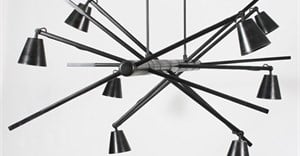 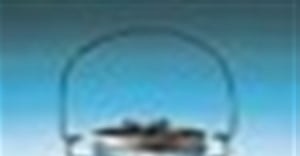