By: Leigh Andrews
Did the Design Indaba 2015 conference save the best for last? Some say yes, with the audience hanging on every word of presentations by the likes of online video legend Casey Neistat and Israel's music game-changer Yoni Bloch...

If you thought my introduction was overly effusive, you clearly weren't there. See the below tweet - I wasn't alone in my sentiments:

A great final day of #designindaba. Yoni Bloch wins my best of show. Runners up were all amazing. Maybe best day in the 8 DIs I've been to.

But don't just take our word for it, base your own opinion on the speaker highlights I helpfully compiled for you below... Andrea Trimarchi and Simone Farresin of Formafantasma
Amsterdam-based Formafantasma is run by Andrea Trimarchi and Simone Farresin - men with dark hair, moustaches and deep voices that overpower the oft-misinterpreted-as-girly names and seem to belong to a bygone era. Still on the topic of names, 'Formafantasma' is a composite of 'forma' and 'fantasia', which roughly translates to 'ghost form', and refers to the duo's design process, with the actual form usually only coming after much research and investigation. They always know where they will start, they're just not sure where they will end. That's why they say objects are not just there to hold flowers or be sat on, we need to use design to inspire and educate the masses.

Starting our day at the #DesignIndaba with an animal bladder chandelier from @formafantasma pic.twitter.com/hbMVmxZrQ4

In their botanical project from 2011 they looked for things from the past that still offer perspective today, and admit that sometimes they are very intuitive and hands on in the process, other times they speak to others who have the knowledge and work from that point. They also use agricultural waste and natural dyes where possible in their work, which is why they say, "Sometimes our studio looks like a bakery, sometimes like a lavatory." Their material research is inspired by expressive material and the emotions they inspire. "When we are working hard we want a holiday, then we go on holiday and relax, and the relaxed mind is inspired to work again," they say of their process, which links to their closing point: "The gigantic why is why we we're doing this work, designing, engaging with it. If we don't constantly ask, we'll never move forward and have an impact."

Neistat started his presentation with a video of what he did after getting a $50 ticket for not riding his bicycle in the dedicated bike lane. He then moved back to the starting point, giving a brief biography of having always been in trouble when growing up, and the resulting mantra fed to him by the teachers punishing him was what put him in trouble for doing something wrong, and not doing it the right way. This continued for him throughout his school career until he dropped out in the tenth grade. He never received formal training in creating videos either - he simply got a computer and fell in love with the process of telling stories and perspectives through video. "If you don't really know how to do it, you're forced to forge your own path, and that's actually the most valuable asset of my career," said Neistat. After finding HBO to be a "dinosaur when it comes to distribution, taking about two years to get something screened", he turning to YouTube and truly found his voice and success. Neistat then showed the audience a three-part video he's filmed, of travelling for 29 hours to South Africa from New York to visit his then-fiance, then a follow-up video where he asked her father for permission to marry her, and finally the video of how he almost missed the birth of their daughter Frankie in December. Neistat said it's only by nurturing and embracing his lack of understanding that he's been able to do what he does.

Why share such intimacy in my films? I'm not a voyeurist. These are the only experiences I know how to share - @CaseyNeistat #designindaba

Mukii is an African filmmaker who discovered a book called The Last Africans by Gert Chesi as a young girl. It touched her in a sad way, making her anxious to realise her "tribe was dying out", and making her question why she was born into an Africa "with running water and education and Rice Krispies when what I really wanted was an epic sunset to walk across with a spear in my hand. I wanted to be an African." Then, in the summer of 2011, Mukii compared the process of ethnographic filmmaking with the act of taxidermy, realising that both represent a drying out of sorts yet somehow keeping the product looking alive. This forced her to confront the growing friction within herself on whether she is actually indigenous, and she wanted to address what she saw as the problem of women in Nairobi trying so hard to fill the Western ideal of beauty, which goes against the grain of their bodies. She explored this in her film, Yellow Fever. View the trailer below and visit her Vimeo channel for more.

Khumalo calls herself a textile nerd in a presentation she called "a Zulu love letter". She explained that she's originally from Durban and studied architecture at UCT before starting work in London, where she realised she was cheating on architecture for fashion as she was more interested in what she'd be wearing that day than in what she'd actually be doing. With her mom happy she already had a 'serious' degree behind her, Khumalo got her MA from St Martins, where she starting thinking of the application of textiles. She's since been running her own practice for two years, and included a mini fashion show in her presentation by showcasing some of her designs or 'love letters' in a world premiere of what she called a conversation of memory with white-on-white prints, which she likened to a memory that's no longer there. Khumalo wants to push for collaborations with people in rural communities to bring the value of the hand back into a contemporary setting.

Originally from the south of Israel and born in 1981, Bloch says when he was four years old, his dad bought him a computer and his mom bought him a piano - "so as you can imagine, I didn't have a girlfriend for a very long time as my teen years were filled with video games and playing the piano". Luckily this fusion stood Bloch in good stead for his career, with Sony signing him - he even has a gold record to his name, but prefaced this with the truth that "that's really only 20,000 sales in Israel." Now he works on his true love, which is truly outstanding - the term 'interactive music video' sounds like nothing new, but until you actually see it in action you don't grasp quite what Bloch means, despite his enthusiasm in describing that you get to choose which character to follow in the video, which member of the band will play the solo piece and more.

It's actually a little mindblowing that you're clicking through the options yourself and making the choices in real-time, so you're actually making your own version of the video, which you can share. As Bloch says: "Music has to be seamless because the eyes blink, the ears don't." Click here for an overview of Interlude's interactive video to understand the following tweet:

A well-deserved standing ovation for @yonibloch. Minds blown all over the auditorium. #DesignIndaba

Oberman works with Bierut in the Pentagram office New York, and also works on Saturday Night Live. She spoke of the design lessons she has learned from the show, explaining that to create each episode's opening sequence just two weeks before the show airs. The fact that they do so is proof that you shouldn't be play around with the logo if you're a well-known brand - that playfulness can be part of the brand essence, in a "what will it look like this time" way. Another key lesson is that if something's worth saying once, it's worth saying 100 times, as in the show's opening line: "Live from New York, it's Saturday night," which has worked for the show for 40 years. Oberman says being funny is serious business as it can be exceptionally hard to get TV parody right, as in the following parody ad:

Oberman ended with the words that even great clients don't always choose the best option, so you shouldn't even show them the option you don't like in order to make the design world a better place. Ad industry legend, Dan Wieden
Wieden is the ad man who famously won over Nike, which had a suspicion of advertising at first. When it first started, Wieden & Kennedy shared a pay phone with other companies, but is today the largest independent agency in the world. Wieden reiterated that he will never sell out, to much applause from the audience. Wieden says this year's Indaba theme of 'make change' is a great one, as his agency's mission statement is to create strong and evocative relationships between clients and their customers, which also pivots on the act of making. He adds they they started "as a ship of fools struggling to figure out what we were doing, while our only client tried to focus on what to do with us." Wieden says not every great result is the product of a sparkling idea, as "sometimes stupid can work for you." Wieden, who admitted he turns 70 soon, had nothing but praise for the 'newbies' and enthused on the value of youth:

"Shock the world. The world wants to be shaken up, to be turned loose, to feel young again." Dan Wieden at #DesignIndaba

His advice to those in agencies is to create "such a wild, sticky culture that it would hurt your soul to leave... create a culture where people are encouraged to be themselves and still be strong enough to work together to solve problems." Again, collaboration is the crux of it.

The conference closer was William Kentridge. He spoke of his thought process around eating a mango in a bathtub, broadening this theme to describe what appears in his studio and the news clippings that fascinate him and pull his thoughts. He said often what's around you is just a reminder of what you're not thinking of and could spark the next big thing. Kentridge tries to fix on a single image and list the thoughts that come from that, hence his 'mango' opener. He then shared various slogans that stuck out for him when working on notes towards a model opera for a upcoming expo in Beijing and treated the audience to an excerpt of his Refuse the Hour performance.

Click on the link in the tweet below for a review of the opera, and leave your thoughts on whether my Design Indaba praise was too effusive in the comments section under my bio.

Leigh Andrews AKA the #MilkshakeQueen, is former Editor-in-Chief: Marketing & Media at Bizcommunity.com, with a passion for issues of diversity, inclusion and equality, and of course, gourmet food and drinks! She can be reached on Twitter at @Leigh_Andrews.
Read more: Design Indaba, William Kentridge, Dan Wieden, design indaba 2015, Sindiso Khumalo 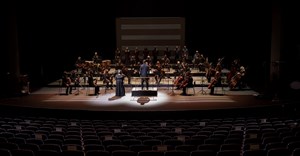 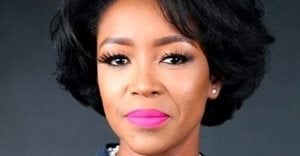 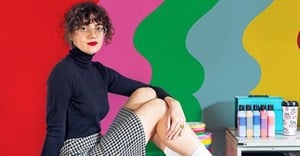