1 Sep 2020 | Email | Print |  PDF
Many people re-discovered their enthusiasm for local production during the disruptive, bewildering early days of the pandemic. The result is 'localisation', an emerging global trend that could revitalise local factories.
Shannon Gernetzky, sector head of industrials at Standard Bank, and Sean Wegerhoff, lead, industrial advisory at Standard Bank, state that if we respond quickly and wisely, there are three obvious benefits: economic resilience, more balanced trade, and greater fixed investment.

All over the world, in April and May 2020, essential goods were unavailable or delayed. The next step was a tentative, anxious query: Can’t anyone make this locally? What happens if China’s factories remain closed for another month? What happens if there is another pandemic?

These questions, and the complex answers to them, give new impetus to the idea that more of what we consume locally should be produced locally. “The argument in favour of re-shoring and localisation is not new, but the pandemic, and South Africa’s weak industrial condition, makes this topic an urgent opportunity," explains Gernetzky.

The idea behind re-shoring sounds simple and sensible: future disruption of cross-border logistics seems inevitable. This time it was coronavirus but next time it might be something else - another US-China trade war, a tsunami, or even another disease. Therefore, companies and countries would be wise to act now to become more resilient and less dependent on imports.

The complexity and fragility of global industrial production is self-evident. To some extent, our health and national security are at the mercy of factories in faraway places. The reality is much more nuanced and complicated: localisation brings risks as well as benefits.

Even a small shift could have a big, positive impact considering South Africa imported goods worth as much as R845bn in 2019. “We certainly have the capacity to do far more locally,” says Wegerhoff.

"Factories in SA have lots of spare capacity at present and we have the expertise to produce a much larger share of the goods that we buy every day from retailers and wholesalers. An order of gloves or masks can, in theory, reach a hospital in Tshwane more quickly and with fewer obstacles if the factory is in Germiston rather than Guangzhou," he says.

Why Covid-19 concerns could bode well for local brand growth

We also have local spending power. Spending on durable goods in SA has risen by R43bn over the past seven years, to R221bn in 2019 from R178bn in 2012, according to SARB data. Much of that growth was recorded in our trade partners’ accounts. SA consumers spend approximately R148bn per year on clothing and footwear and R134bn on vehicles, for example. Local factories supply much less of those than they used to.

Imported goods supply 38%, on average, of all domestic demand for manufactured products. As recently as 2005, that figure was a more comfortable 26%. For some sub-sectors, however, up to 90% of domestic demand is met by imported supply. For 'machinery and equipment', imports rose from 68% of domestic demand in 1993 to over 90% today. A few industrial sub-sectors (food & beverages, wood & paper) still hold their own against imports.

If we respond quickly and wisely, there are three obvious benefits. Firstly, resilience. More local industrial capacity means that supply chains for essential goods will be shorter and more reliable than cross-border trade that is at the mercy of politics and panic about pandemics.

Secondly, more balanced trade. If the gap between our imports and exports grows too wide, we face a dangerous trade imbalance. Manufactured goods make up just 35% of total exports but 64% of total imports.Thirdly, new local production means more local investment in long-term, productive assets that are inevitably more efficient and technologically advanced than existing ones.

What risks should we be aware of?

Extensive localisation can concentrate risk domestically. By bringing more production home, we place more eggs into a single basket. The net effect could be less resilience and more vulnerability.

Diminishing scale is another risk. If all countries decide to make their own vaccines, for example, we lose the price benefits of large-scale production that makes products more affordable. If other countries start to re-shore production, South Africa stands to lose production after we have spent decades persuading multinationals to use SA as a foreign production platform.

Our exports depend on our imports. South Africa’s great exporting industries are rightly praised for their ability to earn hard currency and find foreign markets for local production. We export minerals, food, vehicles and machines but those factories all rely on imported equipment, feedstocks and intermediate goods.

We do not know what the next 'essential' products will be. They could be memory chips, chemical products or a new kind of pesticide. What we do know is that the world now has a better appreciation of the importance of local manufacturing.

A rejuvenated manufacturing sector would not only be good for industrial firms. The survival of local factories, based on local demand, would protect other parts of the South African economy from some of the most painful consequences of the current economic slump. Whatever happens, the best way to predict the future of local manufacturing is to agree that we will create it ourselves.
NextOptions
›
Email Print PDF
Read more: Proudly South African, industrialisation, SA manufacturing, Made in SA 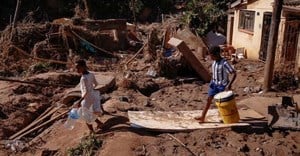 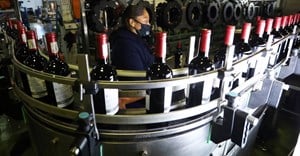