By: Danette Breitenbach
Twenty years ago, there were in excess of 50,000 to 70,000 artisans employed throughout the mining, manufacturing, construction and local authorities' sectors in South Africa. Today the country has less than 3,000 artisans. The industry has realised this and the result is a massive demand for artisan training. Trying to address this demand is the Artisan Training Institute (ATI), a private training provider, accredited by the Quality Council for Trades and Occupations (QCTO) and National Artisan Moderation Body (NAMB).

The Institute is also the skills development partner of Specialised Exhibitions and this year Specialised Exhibitions together with the ATI developed a skills development area at Propak Africa 2019. The show, which ran in March for four days at the Expo Centre in Nasrec, Johannesburg, featured over 600 exhibitors showcasing packaging, food processing, plastics, printing and labelling products and services.

In the skills development area, which featured a fully functional workshop, ATI students demonstrated their skills. Chris Wessels, a trainer at the Institute, says that developing future artisans is what the Institute has always been about.

“Established in 1982 as a subsidiary of the Anglo-Alpha Group and then AfriSam, in 1999 the company was privatised and named Ikhaya Fundisa Techniskills Academy (IFTA). In 2008 it was purchased by the current owners and management, executive director, Mandisa Nyathikazi and CEO, Sean Jones and in October 2012 rebranded as the Artisan Training Institute (ATI),” he explains.

"The range of artisans we train is extensive, with engineering training in all trades provided," he adds. “From electricians, measurement control (commonly referred to as instrumentation), boilermakers, welding-related trades, automotive from diesel to earthmoving mechanics, fitter and turners and diemakers.”

Its main campus is in Roodepoort with a satellite campus in Port Shepstone in KwaZulu-Natal. However, its Roodepoort campus can only handle 800 to 1,200 learners at any given time.

Given the high demand for artisan training, the ATI is currently setting up other centres in other regions of the country, as well as into Africa because of the demand.

“Locally we are investigating bigger premises as well as more premises,” he says. They have acquired a site near Muldersdrift in Gauteng where they are setting up bigger workshops.

“There is also a high demand for artisan training from companies in Botswana, Zambia and Zimbabwe and we are investigating container training units are one way to facilitate training in these regions,” he adds.

Many of the applications they get are from companies. “These companies ask if we can move onto their premises to manage the development of their artisans. The same companies also work to uplift the youth through their CSI programmes which sponsor young people in short courses offered by the Institute,” he explains.

The ATI CSI programmes cater for about 60 to 80 youths over a 10 weeks period at their Roodepoort campus.

Danette Breitenbach is a marketing & media editor at Bizcommunity.com. Previously she freelanced in the marketing and media sector, including for Bizcommunity. She was editor and publisher of AdVantage, the publication that served the marketing, media and advertising industry in southern Africa. She has worked extensively in print media, mainly B2B. She has a Masters in Financial Journalism from Wits.
Read more: Specialised Exhibitions, artisan training, technical skills, artisan skills, Artisan Training Institute The future of exhibitions: quality over quantity5 Apr 2022 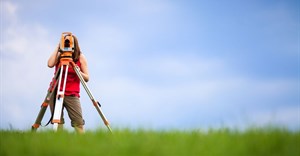 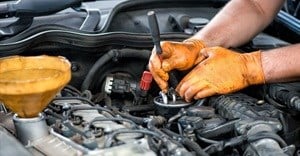 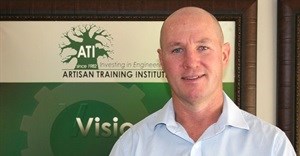 Skills levy: Where are the discretionary grants?4 Mar 2019
More related