8 Nov 2012 | Email | Print |  PDF
Hopes that Pick n Pay's radical restructuring would deliver a meaningful turnaround have been dashed by its interim results to August.
Far from what chairman and acting chief executive Gareth Ackerman had April termed the "green shoots [of recovery] getting stronger", Pick n Pay limped in with headline earnings per share down 34% on the previous year.

"I was pessimistic but did not expect anything as bad as this," says Absa Capital analyst Christopher Gilmour. Worse still, he says, the I-Net consensus forecast looked to 40% headline earnings growth for the year to February 2013.

"For a company to retain credibility, results must be roughly in the ballpark of analysts' forecasts," he said.

Pick n Pay's results were "massively disappointing", says Evan Walker, a fund manager at 36One Asset Management. Walker believes Pick n Pay will be "lucky" to achieve headline earnings of 130c a share for the full year to February 2013.

"We have tried to accomplish too much too quickly," he says.

Restructuring took a heavy toll on Pick n Pay's latest results and the shift to centralised buying hurt the company. "It was probably the biggest change Pick n Pay will ever make," says Van Rensburg. It was, he adds, "a shock to the company", which will still be felt in the second six months of the financial year.

The change, together with supplier delivery problems, left Pick n Pay facing "stock-outs" in stores, says Van Rensburg. "It cost us 3,5% in sales growth." Overall Pick n Pay's sales were 5,9% up at R28,3bn and like-for-like store sales up a mere 3,2%.

This is in stark contrast to Shoprite, which in a trading update for the three months to September reports its South African supermarket sales are up 12,2% compared with the same quarter in 2011.

Disparity of sales growth between the two retailers highlights Pick n Pay's ongoing loss of market share. Van Rensburg says: "Pick n Pay's trading growth has fallen behind its competitors. That is why we have been losing market share."

Pick n Pay hopes to reverse its market share loss through aggressive expansion. "We will open 225 new stores and add 12% to trading area over the next 18 months," says Van Rensburg.

Gilmour says Pick n Pay's expansion will come at "huge expense", which it will be unlikely to finance from cash flow. "A rights or preference share issue is a real possibility," he adds.

"More than 1,000 supermarkets have been opened over the past few years and a further 500 are on the way over the next two years," says Walker. "The market is reaching saturation." 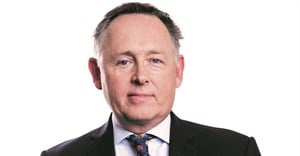 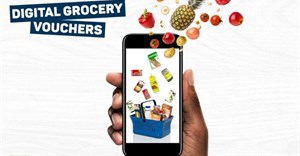