6 Jan 2022 | Email | Print |  PDF
Andy Bond, the chief executive of Steinhoff subsidiary Pepco Group, a fast-growing pan-European variety discount retailer, will step down from his role at the end of March 2022. The veteran retail executive's departure is due to health reasons, a Steinhoff Sens announcement stated.
Pepco Group owns the Pepco and Dealz brands in mainland Europe and Poundland in the United Kingdom.

Bond, who is also a former chief of supermarket chain Asda, will remain an adviser to the board until the end of the financial year. He will be temporarily replaced by chief operating officer Trevor Masters, a former supermarket executive at Tesco, who will become interim CEO.

The Pepco Group board has started a search process with external support and will evaluate internal and external candidates for the role of CEO.

A Reuters report stated that during Bond's 10 years at Pepco, seven as CEO, he grew the business from 200 stores in a single country to over 3,500 in 19 countries.

According to CEO Today, Bond also helped oversee Poundland’s expansion in the UK, which included the introduction of Pepco’s clothing range into stores and bringing an end to the store’s single price point policy.

“Every great journey must come to an end and it is with much reluctance that I have decided now is the right time to focus my energies on my health. It has been wonderful to help the business and our many talented colleagues grow and provide customers with great value products that they need throughout Europe and the UK,” Bond said.

Louis du Preez, chief executive officer of Steinhoff, commented: “On behalf of Steinhoff we thank Andy for his outstanding leadership of the Pepco Group and its underlying businesses.” 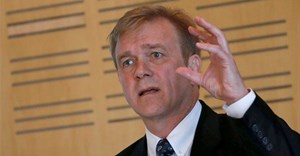 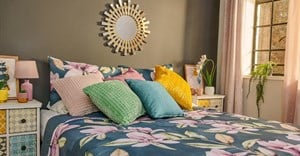