4 Nov 2015 | Email | Print |  PDF
The top 25 African retailers have a presence in 21 countries on a continent where strong economic progress over the past decade is reflected by the fact that 10 of these leading retailers now come from countries outside the traditionally dominant South African market, with three Zimbabwean retailers, two from Botswana, and one each from Kenya, Morocco, Tunisia, Nigeria and Zambia.

otswana's Choppies was the fastest growing retailer of the top 25 African retailers of 2015, recording 24.4% year-on-year growth for fiscal year 2013 over 2012. Reflecting the diversity of the retail phenomenon in Africa, it was followed by Zambia's Zambeef with 23% (2nd) and Tunisia's Société Magasin Général at 11.3% (in 6th position). However, South African retailers have dominated the Africa region in the Deloitte African Powers of Retailing 2015 report, accounting for all 10 of the continent's top 10 retailers that qualified for inclusion in the professional services firm's list of the largest retailers.

The report is the first in what will be an annual series where Deloitte will track the progress of the top African listed retail performers on the continent. Its methodology is based on the Deloitte annual Global Powers of Retailing report, which has been showcasing the changing global retail landscape for over 10 years.

Shoprite Holdings was named the number one retailer in Africa followed by Massmart Holdings and Pick n Pay, with Spar Group claiming fourth place and Woolworths coming in at number five. Southern African retailers further dominated the top 25 with no less than 20 of the top retailers, including three Zimbabwean retailers and two from Botswana. The biggest retailer listed from outside South Africa was Moroccon general merchandiser Label'Vie SA (11th), with Botswanan food and beverage retailer Choppies Enterprises, 12th.

Speaking at the launch of the report, Dylan Piatti, Africa Consumer Business Chief of Staff of Deloitte, said: "The more mature South African retail market has performed strongly from a continental perspective, which is one of the reasons international retailers eager to establish a footprint on the African continent have tended to enter via South Africa. However, there is an emerging shift in the regional focus of entry, as well as key players looking beyond African borders for expansion opportunities in Asia and the UK. It is also testament to the ability of the country's retailers to compete in what remains a very tough operating environment. Although Africa is still small in terms of its revenue contribution to the global retail universe, it is significant for its above-average growth prospects, and there is an emergence of regional retail investment."

Retail companies based in Africa and listed on the continent were included in the top 25 African Powers of Retailing report, based on their non-auto retail revenue for fiscal year 2013 (encompassing fiscal years ended through June 2014). African-listed subsidiaries of large global retailers are included as individual entities in this report, which is aimed at identifying those listed companies that one could consider 'African' or 'local'. This has resulted in some differences from Deloitte's Global Powers of Retailing 2015 (for Africa/Middle East) report where different inclusion criteria meant that Steinhoff featured second (though Steinhoff is here represented by its African listed subsidiary, 9th placed JD Group), while Massmart (placed 2nd here) was not in the top 10 of that report.

The potential inherent in the Africa market is underscored by the fact that according to the United Nations Economic Commission for Africa, the African retail market remains characterised by approximately 90% of transactions occurring through informal channels, peaking at 96% to 98% in key West African markets such as Ghana, Nigeria and Cameroon. This compares to just 40% in South Africa, as the continent's most mature retail market. Commenting on this key trend, Piatti said: "The rising middle class is, however, contributing to the modernisation of retailing and greater consumer market opportunities in sub-Saharan Africa."

A significant number of international retailers have entered the African market in recent years, most notably Wal-Mart, which purchased a controlling share in the top-three African retailer Massmart in 2011. Other retailers that have followed include: Radley, Mango, Topshop, Zara, Cotton On, and luxury brands Prada and Hugo Boss - the latter being the only entrant outside South Africa.

Following the global trend, an omni-channel strategy has witnessed widespread adoption with internet and mobile retailing having emerged as the most dynamic channel within Africa's retailing market, albeit from a base of just 0.59% of total retail sales in South Africa in 2014. However, according to a recently released report, Deloitte Consumer Review Africa: a 21st century view, it is projected that there will be 334 million smartphone connections in Africa by 2017 (the fastest telecoms growth globally) leading to a rapid adoption of e-commerce and digital technologies. The report also states: "As a result of its strong mobile phone penetration, Kenya is ahead of other markets in terms of more advanced mobile activities such as paying for products and services in store. In a sign of the new route to market in Africa, more than half of young consumers in Kenya, and nearly half in South Africa and Nigeria, search for information on products and services on their mobile phones. Nearly one in five young consumers interviewed have used their mobile phones to buy a product or service online."

An expected surge in mobile internet access means that the 20% of Africa's population already online is expected to rise sharply (closer to Asia's 32% or Europe's 75%) helping e-commerce sales reach $75 billion by 2025. "Africa has become a laboratory for experimentation in mobile and e-commerce, and presents a challenging opportunity," said Piatti.

South African retailers also reported strong growth: Shoprite grew retail revenue by 10.5% in 2013 to $9.85 billion, putting it in 107th position on the global list of retailers. The fastest growing of the South African retailers was Mr Price, currently ranked 7th and growing at 15% year-on-year for 2013, and 14.1% CAGR over the fiscal years 2011 to 2013.

"The southern African market is relatively more mature and sophisticated than those in West and East Africa. Due to its saturation, companies are looking at the more exciting opportunities available in the latter regions and are looking to expand specifically into countries such as Rwanda, Ethiopia, Tanzania, Kenya, Nigeria and Ghana," said Claire Hoy, Deloitte Consumer Business Risk Advisory and Western Cape Regional Leader. "Breaking down the retail sector: 36% of the top 25 listed retailers are involved in food and beverage retailing, with 24% focussed on clothing and accessories. Approximately 64.8% of total retail sales in Africa in 2013 ($823.2 billion) were accounted for by food retailing sales, or $533.7 billion."

'Forecourt retailing', which refers to express stores catering to the convenience retail market, is growing at a rapid rate in South Africa. Major tie-ups include Woolworths/Engen; Pick n Pay/BP; Fruit & Veg City/Caltex; Burger King/Sasol; Steers/Shell, and Wimpy/Engen. Convenience and personalisation of the customer shopping experience are the driving forces of this trend.

"It will be interesting to monitor the forecourt retailing evolution in subsequent editions of this report, to measure the extent to which this trend takes hold in the rest of Africa. One thing that is becoming apparent is that African retailers are increasingly adopting the global trends that are affecting the industry," said Hoy. "That creates a lot of potential opportunities for more agile operators that apply the industry's global lessons to their local operations." 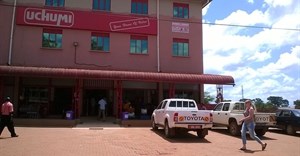 Tanzania: Suppliers to get Sh4.5bn in first batch of Uchumi3 Jan 2018 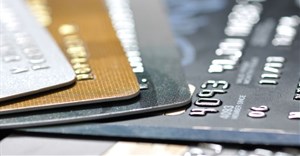 A long breath needed to invest into Africa10 Sep 2015

Africa, the final frontier... in luxury6 May 2015
More related