4 Oct 2013 | Email | Print |  PDF
By: Stafford Thomas
Safe-haven investments do not come much safer than food producers. This has made big-name players such as AVI and Tiger Brands market favourites and driven up the JSE food producers sector rating to a level last seen 19 years ago.
Fund managers' opinions on the sector are divided. Some believe the food producer index's 17.6 p:e is excessive. Their reason for caution is that the index's rating is way above its 20-year mean of just over 12.

"Investors are paying a big premium for safety," says Claude van Cuyk of Sanlam Investment Management. "There is better value to be had."

Marriott CE Simon Pearse thinks otherwise, against the background of SA's weak economy. "Food share ratings are high and may fall," he says. "We are not expecting great returns, but food is one of the safest sectors to be in. We look at where people have to spend money. Food is one of them."

Marriott's focus is on shares that offer income certainty and stable growth, says Pearse. Marriott has sizeable holdings in AVI and Tiger. "You can depend on their dividend payments growing at least in line with inflation," says Pearse.

Supporting his confidence in food producers was the sector's resilience during the equity market slump between May 2008 and March 2009. During those nine months the JSE all share index fell 43% while the food producers index remained rock solid, dropping only 2%.

AVI has rewarded shareholders by more than trebling its dividend over the past five years. "AVI ranks among SA's top corporate stories of the past decade," says Evan Walker of 36One Asset Management "It has done an excellent job in managing its balance sheet and acquisitions."

Even the best companies can become expensive. "At its current level [18 p:e] AVI is not massively appealing," says Walker. "It is a share we would want to own again but it faces headwinds over the next year or so."

AVI ran into headwinds in its year to June: headline EPS (HEPS) growth dropped from 30% in the previous year to 7%. But supporting Pearse's view, AVI's strong cash flow and robust balance sheet enabled it to lift its dividend by 28%. Dividend cover was cut from 1.5 to 1.25 times.

The wild card in AVI's line-up is I&J. First-half problems of a lower catch and higher fuel prices wiped R54m off its operating profit. But I&J rebounded in the second six months, resulting in a net fall in operating profit of R12,8m (7.2%).

Crutchley says with the support of a weaker rand, I&J is set to produce a stronger performance in the current financial year.

The biggest underpin to AVI's growth in the past year was its fashion retail unit comprising Spitz and Green Cross footwear and Kurt Geiger men's clothing. The unit lifted sales 41%, to R1,5bn, and operating profit 33%, to R410m.

Growth was achieved on a small rise in store numbers, from 116 to 123. "It was a year of consolidation," says Crutchley. He says AVI will add 24 new stores in its current year.

"AVI is a great company but, from a pure food category perspective, we prefer Tiger," says Giyose. It backs this view with a hefty 10% exposure to Tiger Brands in its equity fund.

For Giyose, Tiger's biggest appeal lies in its aggressive African expansion. "In time Tiger will have the same profile as a Procter & Gamble or a Nestlé," says Giyose.

But he is not expecting overnight wonders. "Tiger is not cheap [17.6 p:e] and I would not be surprised if a year from now returns do not look great," says Giyose. "I am happy to wait for Africa to kick in. I believe it will prove its worth in about three years from now."

Tiger is active in 25 African countries with production facilities in five and exports already accounting for over 25% of group annual sales of R28bn. By far the biggest bet is on Nigeria through a 63.35% stake in Dangote Flour Mills (DFM), acquired for R1,5bn in October 2012.

This bet has yet to prove its worth with DFM in the six months to June dragging Tiger's HEPS growth down from 14% excluding DFM to 4%. DFM, now in the first phase of Tiger's "fix, optimise and grow" strategy, should take 18-24 months to fix, says Tiger CE Peter Matlare.

Potential rewards in Africa are big. "The largest business opportunity in Africa is its rising consumer market," says McKinsey & Co. The research firm projects that African food, clothing and other consumer goods sectors will add US185bn to their combined revenue between 2012 and 2020.

This should play into the hands of brand-focused AVI and Tiger, as McKinsey also notes: "[In sub-Sahara Africa] 55% of consumers are loyal to one grocery brand and 70% loyal to a small selection of brands."

Crutchley says AVI will look at African acquisitions but is put off by high prices and poor intellectual capital. For now the focus is on exports into Africa, which in AVI's year to June grew 15%, to R640m - 10.5% of total sales. "Good growth is coming again this year," says Crutchley.

While AVI and Tiger Brands are arguably the safest bets among the food producers, Pioneer Foods is worth a closer look when taking a broader view of the sector.

Pioneer has disappointed since listing in 2008, growing HEPS at a snail's pace 6.3%/year. But things are starting to stir under the leadership of Phil Roux, who has been CE since April. "Pioneer has been undermanaged," says Coronation Industrial Fund manager Dirk Kotzé. "Roux has started shaking the tree."

The building blocks are in place for a big improvement in Pioneer's results, including strong brands such as Sasko, Bokomo, Ceres, Liqui-Fruit, Heinz and Safari. And Kotze says returns on capex of R2,8bn since 2009 are yet to be seen. Reflecting this, Pioneer's 12.4% return on equity (RoE) in its six months to March was barely a third of Tiger's 32.7% RoE, and its 7.3% operating margin was way below Tiger's 12%.

The market is already looking to better things from Pioneer. Over the past 12 months Pioneer's share price has gained almost 70%, making it by far the best performer in its sector.

Remgro's 75.9%-owned RCL Foods, formerly Rainbow Chicken, is another transformation work in progress. The transformation was set in motion by the acquisition in May of a 64% stake in Foodcorp for R1bn.

The Foodcorp stake, upped to 88.1% in July at a cost of R393m, brings much-needed diversification away from a struggling broiler chicken sector. Buckling under the impact of cheap imports and rising costs, RCL's chicken business crashed to an operating loss of R3,7m in the year to June, down from a R245m operating profit in the previous year.

The granting of higher import tariffs on certain imported products by trade & industry minister Rob Davies goes only part of the way to eliminating the problem, says Lovell. "Imports from the EU are excluded and remain duty-free. Until that is addressed, the industry will remain under pressure." Lovell believes the EU import threat will be addressed in the first quarter of 2014. "The higher tariffs that have just been granted create a strong base for action against the EU," he says.

Shawn Stockigt, manager of Momentum Small/Mid-Cap Fund, is bullish on RCL. "The market has been focused on the chicken business and has yet to recognise the potential in Foodcorp," says Stockigt. "There is a lot of value to be unlocked through the restructuring of Foodcorp." Stockigt has a 4% exposure to RCL, making it the fund's fourth-biggest holding.

Stockigt's bet could pay off big. But for less risk-averse investors wanting exposure to food producers, AVI and Tiger will likely be first choice and Pioneer a strong third. 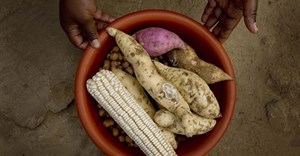 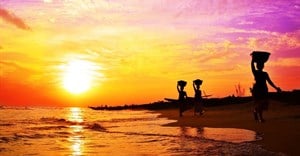