By: Jarred Mailer-Lyons
Science fiction movies and novels did an amazing job of creating and dramatising encounters with artificial intelligence - but did it prepare us for the real world of AI? Unfortunately not.
Most people probably still envision AI in the form a robot straight out of The Jetsons if you were lucky enough to have watched a couple of episodes in your youth. If you didn’t, then I’m sure you can recall our very own South African filmed Chappie? Of course, the unpredictable nature of self-improving machines lends itself well to fictional stories but is it really something that tech companies are investing in?

Not really – well, not physical robots at this stage that are going to cook you a decent meal at least! But I do know that machine learning is on the cards and of course, it’s no surprise when it comes to the likes of Alphabet, Amazon, Apple and Facebook. These tech giants, some more so than others, are heavily invested in the acquisition of companies that have built their empires on machine learning before being snatched up by one of the big players.

Machine learning is all about moving forward, and whether we like it or not, it will play an essential role in our technological future. The largest and best companies in the world already know this, and they’re heavily invested.

But what does this mean for us as advertisers – will we have a role to play in digital advertising in the coming years?

I mean let’s give machine learning the credit it deserves. Up until now we have all consumed content through traditional and digital means - all the while knowing that we’re bound to be served a random untargeted, irrelevant ad along the way.

It was, unfortunately, a relationship we had to accept in the past unless we had invested in premium rated services or some sort of ad blocker. But, it’s no surprise that we became increasingly intolerant and immune to this form of disruptive and sometimes untargeted advertising.

Some of the big players have identified this problem and saw the need for change in order to continue to grow and hold on to their current and loyal audiences. A prime example back in 2018 was when Mark Zuckerberg announced that Facebook would be changing its news feed algorithm to prioritise content to focus more on friends, family and groups and promised us less exposure to public content like posts from businesses, brands and media.

AI that delivers on customisation

It was a step in the right direction but of course, Facebook is built on its commercial offering so how do you adapt the algorithm to the changing needs of individual consumers?

Companies build AI that delivers on customisation – a buzzword that stuck a couple of years back. Now that ads are delivered through a medium marketed on the promise that it would be personalised to us, mass ads don’t cut it anymore.

Consumers don’t only want to be heard – they expect to be heard, understood, respected and not just fed mass advertising – especially when it comes to the social space. In fact, according to SalesForce’s Connected Consumer Report, 51% of consumers expect that by 2020 companies will anticipate their needs and make relevant suggestions before making contact.

I mean how does a giant tech company like Facebook even begin to understand an individual consumer’s needs before they have even made up their own mind… well, that’s machine learning for you and that’s what makes us better marketers. These algorithms will allow us to better refine our targeting based on individual needs, interests and characteristics.

What we do need to remember though is that technology has a way of outpacing our ability to understand what is actually going on – and that’s definitely the case with machine learning. So much like some of the major tech companies making advances in AI and machine learning, what are you doing to continually learn about your consumers? Don’t let your brand become a distant memory. 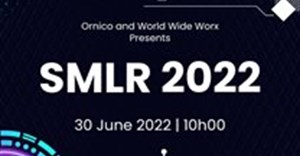 EduvosWhy you should apply for mid-year intake24 May 2022 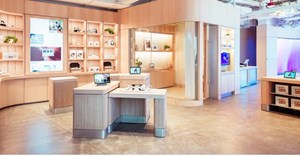