As the 10-year anniversary of 9/11 approaches, one of the legacies of that event is an increasingly restricted civil society, a trend that began with anti-terror laws that followed the Twin Tower attacks and which saw new threats to civil society in over 90 countries in 2009 and 2010.

The online platform, accessible at www.cswatch.org, tracks threats to civil society reported by CIVICUS members and the general public on the ground around the world. It currently contains reports from over 70 countries and provides the unique ability for civil society, the media and the public worldwide to access information, unite and take action on reported threats.

"Events in Egypt and the region have highlighted both the power of citizen action and the extraordinary lengths that governments will go to in order to suppress freedoms. Around the world, on every continent, the trends toward citizens seeking to reclaim their democratic and human rights in the face of growing repression are clearly evident. So too are the benefits of international solidarity and connections," said Ingrid Srinath, secretary general of CIVICUS. "Civil Society Watch Online is a tool to enhance that cooperation and solidarity by empowering people at the front lines of these battles and those who seek to support their struggles for their rights to associate, assemble and express."

The importance of communication, cooperation

Dialogue and cooperation are important for addressing civil society concerns. Without a unified voice pressuring governments, there is little to deter them from imposing restrictive legislation and intimidating civil society activists, said CIVICUS.

The online platform will expose governments and abusers of civil society. It is an access point for information from the ground and a meeting place for civil society groups and individuals to coordinate action.

In August 2010, at the CIVICUS World Assembly, over 500 civil society activists from 94 countries committed to acting together to counteract the threats to civil society. They declared: "In this age of globalisation we all sink and swim together and there is urgent need for civil society across the spectrum to pool resources and energies, both to protect the fundamental freedoms it believes in as well as its right to exist, express and engage."

A range of countries from the global north and south have restricted the space for civil society, with specific trends apparent in different regions, CIVICUS said. These include international cooperation regulations in Latin America, NGO laws in sub-Saharan Africa and attacks on human rights defenders in the Eurasia region as well as state actions in countries that have claimed to be champions of democracy.

Threats and actions currently highlighted on the site include:

Egypt - Following the recent popular and peaceful overthrow of the Mubarak regime, local civil society organisations have put forward a "Roadmap for a nation of rights and the rule of law" that sets out a series of immediate steps and long-term constitutional, legislative and electoral reform to cement the transition to a new democratic and free Egypt.

Bahrain - The current violent repression of peaceful anti-government protests in Bahrain comes after a growing crackdown on civil society in the country that began in the run up to the October 2010 elections. 24 prominent human rights defenders were charged with collaborating with foreign organisations and circulating false information and approximately 350 activists were arrested prior to, during and after the national elections.

Kazakhstan - Despite commitments made as chair of the Organisation for Security and Co-operation in Europe (OSCE) in 2010, Kazakhstan's human rights record remains dismal. Human rights activists are targeted, intimidated and tortured to illicit confessions. Other threats include restrictions on internet access and censorship of the media.

India - Following concerns raised by right wing groups and law enforcement agencies that civil society was exposing human rights violations by state agencies to the international community, the Foreign Contributions Regulation Act (FCRA) was passed in August 2010. Among other things, the law allows for broad executive discretion to designate organisations as being of a 'political nature' and thereby prevent them from accessing funding from abroad.

South Africa - A Protection of Information Bill is being considered by the government with the potential to create numerous obstacles for exposing corruption and other government malpractices for civil society and media groups. The bill will give officials extensive powers to prevent communication of information in the "national interest" defined through omnibus provisions.

United States - The Supreme Court in July 2010 overruled constitutional provisions protecting the freedom of speech and association by upholding a law banning material support to designated terrorist groups even if that support involved CSOs engaging banned armed groups through training on international law to pursue peaceful means to achieve their political objectives.

View more threats, actions and articles online at www.cswatch.org and read The CIVICUS report, Civil society: The clampdown is real on the current trend of threats to civil society.

For more information go to www.civicus.org. 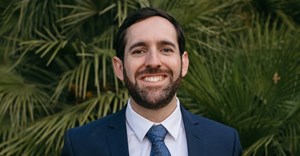 #StartupStory: PropDD focuses on due diligence when purchasing a home6 Sep 2021 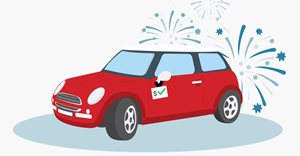 Cars.co.za makes it easy to sell your vehicle privately2 Oct 2020 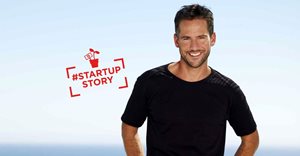 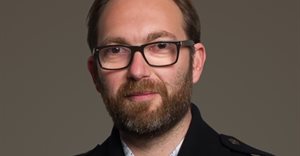 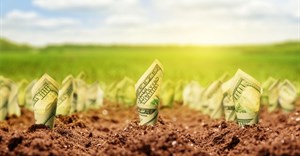