1 Sep 2008 | Email | Print |  PDF
Ad agency Hamilton's Advertising's new campaign for Fruit & Veg City aims to position this retailer as the leading fresh produce chain in the country with regards to value for money, as well as the quality of food on offer. The main focus of the campaign is a 40-second television commercial, the first in the history of the retailer to focus exclusively on the Fruit & Veg City brand [video].

The spot is based on the idea that many farmers in the network still deliver their fresh produce straight to Fruit & Veg City stores around the country, something which is quite rare in the modern day retail environment. The campaign slogan, “Real market, real fresh, real value”, has been chosen to highlight Fruit & Veg City's core values of honesty, simplicity and good old-fashioned value for money.

Along with the exposure on television, Hamilton's Advertising has also chosen to place ads in magazines such as Women & Home, Rooi Rose, Your Family and Food & Home to create further hype around the campaign. The print advertising will reaffirm the message conveyed in the TV commercial, and will also be supported by extensive point-of-sale awareness.

Hamilton's Advertising won the Fruit & Veg City account when this retailer opened its doors in 1993, and for the last 15 years has helped its client to grow into one of South Africa's leading supermarket chains.

“We never imagined it would become such a household name when we started, but it took a lot of hard work and effort to get to this point, so we're not taking anything for granted at this stage,” notes Lisa Currey, MD of Hamilton's Advertising.

“With things the way they are at the moment, we thought this to be the perfect opportunity to remind South African consumers about Fruit & Veg City's commitment to selling fresh products at the best possible price,” comments Brian Coppin, CEO and founding member of Fruit & Veg City.

Fruit & Veg City was started in 1993 by brothers Brian and Mike Coppin, and has since grown to encompass more than a 100 stores nationwide.
NextOptions
›
Email Print PDF 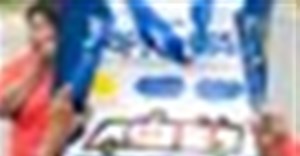 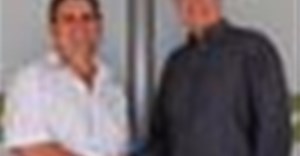 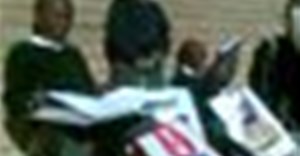