By: Brendan Seery
Toyota: outdoors online meeting fiddled to look like 'work-at-home'; But health's Net effort competes with Fikile Mbalula in the Useless Stakes...
When Toyota South Africa introduced its then quite radical Fortuner SUV back in 2006, the launch ad was probably something they’d rather forget.

Trying to find it on the internet is also not easy. With almost 15 years’ hindsight, though, it’s obvious it could get sniped at for being cheesy and even – worst-case scenario – for being racist or colonialist.

It featured a massive crate washing up on the beach of a tropical island populated by colourful “natives” who react with awe to the unimagined technology.

At the time, it was perfect for introducing this new family, go-everywhere station wagon based on the ubiquitous (and tough) Toyota Hilux. And it worked, because it offered legendary Toyota build quality and reliability, as well as a reasonable price. Never mind that it was at home on the school run on weekday mornings, or the bush on the weekends.

Since the appearance of the Fortuner, the marketplace has become much more competitive as the SUV craze takes urban families by storm. So, how to pitch an ad for the “New Fortuner”, latest in a line of versions?

Toyota’s long-standing agency, FCB Joburg, decided to capitalise on the “work from home” way that Covid-19 has turned around the lives of many suburbanites.

The pandemic has corralled many of us into online meetings – and the word “Zoom” and “Team” have become almost as common as “mask” and “sanitise”. One of the clever digital gimmicks has been the way people can place any background behind them in such conference calls – obviating the need to have an interesting room, or even a tidy one.

But, if you’re “switched-on” in more than an online sense, you can play that to your advantage, as we see the Fortuner driver doing when he’s supposed to be “working from home”. He clearly isn’t – as we see from him and his family in the great outdoors, courtesy of the SUV’s near-go-anywhere ability.

There are a few times when the scam threatens to unravel – as when colleagues ask about his previous digital backgrounds, and the family have to race off back there. Then, another colleague asks what the hissing is she can hear – as the Fortuner Man braais next to his open laptop. Bad line, he says.

Finally, in conversation with the boss at Head Office, a mooing cow (from an amazingly beautiful location) threatens to give the game away. Fortuner Man is up to this challenge, too. “Hadedas…” he says in a plausible suburban answer.

Throughout the ad, the car is showcased: its looks, its high-tech options (which aid a digitally-led escape) and the back of beyond places it can take you.

It’s a reminder of what a good road trip is all about. And leaves you in no doubt about your most important road trip companion – a Toyota Fortuner.

Strictly speaking, public service announcements shouldn’t qualify for Orchids or Onions from me … because they’re not commercials in the true sense. Yet, we, long-suffering citizens and taxpayers, are supposed to be the customers of the bureaucrats, so we do deserve better.

Communications Minister Stella Ndabeni-Abrahams makes a huge song and dance about how we are going to fly into the “Fourth Industrial Revolution” … but our existing government IT systems would be a joke if they were only twice as good as they are now.

We’ve seen the chaos at virtually every online government service the ANC has turned its hands to – from school registration to the current disastrous licence renewal system.

But, when it comes to those departments, we don’t really expect much. Perhaps naively, I thought the department of health communication systems would be better.

The www.sacoronavirus.co.za site is quite good – as you expect from an organisation run by the impressive Dr Zweli Mkhize.

However, the main department of health site contains the useful information that you should not travel to “Wuhan, China” and that the Chinese authorities have the situation “under control”.

How is it possible that information which is 11 months out of date can still be up online?

This is even more disturbing because the information from a department of health could actually be life-and-death.

There is no excuse for this. If you’re going to use the internet to communicate, do it properly, Minister.

You and your department get an Onion. Please stop trying to compete with Fikile Mbalula in the Useless Stakes…
NextOptions
›
Email Print PDF
Follow

Brendan Seery has been in the news business for most of his life, covering coups, wars, famines - and some funny stories - across Africa. Brendan Seery's Orchids and Onions column ran each week in the Saturday Star in Johannesburg and the Weekend Argus in Cape Town. Contact him now on moc.liamg@4snoinodnasdihcro
Read more: Brendan Seery, #OrchidsandOnions 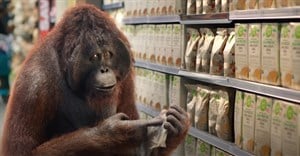 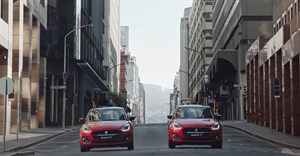 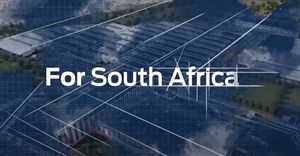