What do penicillin, iron fish and 74% better profits have in common?

By: Gareth Leck
Penicillin was invented in 1928 to fight bacterial infections and it is estimated that it has saved more than 200 million people since its first introduction. More recent inventions like robotic surgery and desalination are estimated to both save over 1 million people a year. The impact of these creative solutions on mankind is undeniable, but you may ask, what does this have to do with advertising?
Advertising agencies and clients have come up with some incredible creative solutions that have had a hugely positive effect on the world we live in.

One such example is the Edible Six Pack Rings idea developed in 2016 by Saltwater Brewery in partnership with We Believers as a solution to the high levels of waste associated with the brewing industry.

With more than 100 billion litres of beer being consumed every year and most of the plastic rings that come with the packaging ending up in the ocean, it is estimated that annually over 1 million sea birds and 100,000 marine mammals and sea turtles are either trapped by this plastic or ingest it and die. That is a staggering amount of damage being done by humans simply drinking beer.


The Cannes-winning Edible Six Pack Rings idea is made entirely from barley and wheat remnants from the brewing process. So not only does it prevent any animals from being killed, it actually feeds them. The campaign received over 120 million social media views, over 2 million Facebook shares and 5 billion global impressions. It also helped grow Saltwater Brewery’s business and saved many, many animals in the process.

Another beautiful example of life-saving and world-changing creative thinking in our field was a design concept created by the Lucky Iron Fish company in 2012. In Cambodia half the population was suffering from anaemia due to iron deficiencies caused by a diet of predominantly rice and fish. The Lucky Iron Fish company managed to find a simple, cost-effective and accessible solution.

It was discovered that if people were to cook with a piece of iron for 10 minutes it would supply a family with up to 75% of their daily iron uptake. By understanding Cambodian culture it was found that fish were cultural symbols of hope and good luck. Based on this insight, the team decided to carve the pieces of iron into shapes of fish, which was easily accepted by the Cambodian people who then began using it in their cooking on a daily basis. This Cannes winning design concept resulted in an estimated 50% drop in iron deficiency after only 12 months of use.


So life-saving creativity does inhabit the world of advertising and design, and it has been shown to help save our clients’ businesses, as evidenced by McKinsey.

In a study conducted in 2017 by McKinsey, it was proven that Cannes-winning companies created more value than their competitors on two key business metrics: financial performance and innovation. The study was based on Cannes award-winning companies between the years 2001 and 2016 and included the prestige of the award, the number of categories it was awarded in, the consistency of awards won over time and the number of years the company was recognised.

Based on the results it was found that companies that did better at Cannes did better than their non-Cannes winning competitors in the following three key business metrics:


In addition, the McKinsey research proved that award-winning creativity is key to winning when it comes to initial consideration, showing that in almost 90% of the awards categories, consumers were not only loyal to these award-winning brands, but almost 60% of consumers were prepared to switch to these brands when considering a new purchase.

So it seems that the one thing penicillin, iron fish and 74% better profits have in common is great creativity. As evidence, the greater the creativity the greater the difference we can make to the world, so let’s use the power of our creativity to make a real difference. Let’s go to work each and every day striving to find our own greatness by finding the biggest and best creative solutions we can. And while doing this we will not only help save our clients, we may just help save the world.
NextOptions
›
Email Print PDF
Follow

Gareth Leck completed his B.Com. degree at the University of Cape Town in 1994 and in 1995 he completed a postgraduate in Marketing at AAA School of Advertising.
Read more: Gareth Leck, McKinsey, Saltwater Brewery 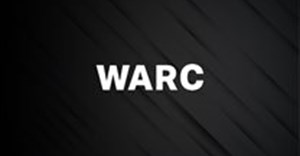 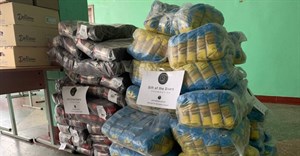 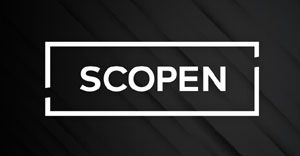 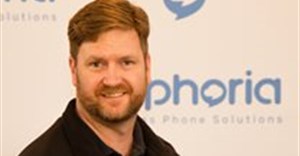 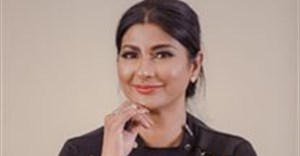 BrandFusionGBV and GDP: The price society pays for violence against women30 Nov 2021