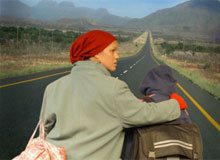 The creative team is made up of theatre heavyweights Saul Radomsky, who is responsible for Design, and Mannie Manim (Lighting). Radomsky also designed Fugard's Exits and Entrances at the Baxter in 2005 with Lighting by Manim, who has lit and produced all Fugard's premieres in this country.

No stranger to the Tony-nominated playwright's work, Devenish has directed three films with scripts by and starring Fugard himself, namely Boesman and Lena (with Yvonne Bryceland), The Guest and Marigolds in August (with a cast which included John Kani and Winston Ntshona). The Guest won a Bronze Leopard at Locarno and Marigolds in August a Silver Bear in Berlin. In the late 70s he directed A Lesson from Aloes, in which Fugard stepped in to perform at the Market Theatre before it travelled to the National Theatre in London, with Bill Curry taking over the role there. He also made a documentary for the BBC which documented the rehearsal and production process.

“It is wonderful to be back in the theatre where I am able to deal directly with the drama. The processes involved in film and live theatre are quite different, so it enjoyable and refreshing not to be dealing with the apparatus and technical nature of film,” says Devenish.

Time magazine has named Athol Fugard the greatest active playwright in the English-speaking world. With this new play, which made its world premiere recently at the Long Wharf Theatre in New York, he continues his relationship with the Karoo and finds hope in human relationships and the power of the imagination. Bronwyn van Graan and David Isaacs sat in on a rehearsal at the Long Wharf Theatre in December last year. They were able to offer a bit of background on South African life while soaking up ideas for their own performances. “Athol often writes about the forgotten characters and people who live out of society. It was very exciting that we were able to get an early taste of the play,” said Van Graan.

The special challenge for Isaacs is shedding his comedic image as a performer in the smash-hit show Joe Barber. “This is a departure for me. It is completely different,” said Isaacs, who performs the role of Veronica's school friend, Alfred, a decent, simple man. He explains, “Athol's language is so rich in texture - the way he paints pictures with words. There is a sense of the old values that still exist and I really wanted to explore this as an actor.”
Coming Home is Fugard's first sequel and follows on from his acclaimed 1995 Valley Song, which was also his first post-apartheid play. It continues the journey of Veronica Jonkers, played by Bronwyn van Graan, who has left the farm where her beloved grandfather (Terry Hector) lived to pursue her dream of a singing career in Cape Town.


Now, 10 years later, she returns with Mannetjie, her young son, by a Mozambican migrant worker who is killed in a xenophobic attack. After his death, carrying a painful secret and a heart filled with disappointment, and with her own failing health (she is HIV-positive), it is time for her to return to her home village as she strives to plant the seeds of a new life for the boy. Fiercely loyal to his mother, Mannetjie is a serious lad who, like her, does very well at school, so it for this reason that Veronica is so determined to give him a good start in life, and to ensure that there will be somebody to care for him after her death.

When Valley Song premiered at the Market Theatre in August 1995, Fugard performed in and directed the play himself. It went on to be staged in the USA at the McCarter Theatre in Princeton, New Jersey, two months later. It was performed at the Baxter Theatre Centre in 2003, starring Ivan Abrahams and Quanita Adams as a young Veronica. The play was also adapted into an opera for the 2005 Spier Summer Festival.

In the new millennium alone, eight of Fugard's works have been staged at the Baxter: Sorrows and Rejoicings (with Marius Weyers, Denise Newman, Jennifer Steyn and Amrain Ismail-Essop) in 2001, Valley Song in 2003, Exits and Entrances (with Sean Taylor and Jason Ralph) in 2005, Booitjie and the Oubaas (with Marius Weyers, Christo Davids and Mary Daniels) and Sizwe Banzi is Dead (with John Kani and Winston Ntshona) in 2006, Victory (with Cobus Rossouw, Ameera Patel and Wayne van Rooyen) in 2007 and, last year, Hello and Goodbye (with Dorothy Ann Gould and Michael Maxwell).

“South African theatre lovers have been privileged to see all of Athol's latest work here over the past eight years,” says Baxter Theatre Centre CEO and Director, Mannie Manim. “Many of these productions, like Exits and Entrances in 2004, Booitjie and the Oubaas in 2006 and Victory in 2007 were world premieres.”

Coming Home has low-price previews from April 2 to 6, opens on the 7th and runs until April 25, Monday to Saturday at 8.15pm nightly. Ticket prices range from R85 to R120 and the Baxter Monday special of R55 (light meal and show) applies. 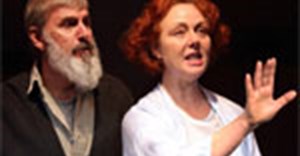 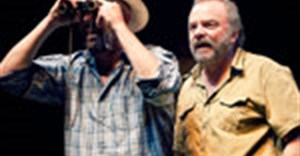