Africa on the road to industrial progress

24 Aug 2017 | Email | Print |  PDF
As the director general of the United Nations Industrial Development Organization (UNIDO), Li Yong leads a specialised agency that promotes industrial development, inclusive globalisation and environmental sustainability. Recently in New York, Yong took part in a special meeting on “innovation in infrastructure development and sustainable industrialisation” in developing countries and countries with special needs. He spoke with Africa Renewal's Kingsley Ighobor on a range of issues pertaining to Africa's industrialisation. Here are the excerpts:

AFRICA RENEWAL: You are attending a meeting on industrialisation in developing countries, which includes many African countries. How does Africa fit in the picture?

LI YONG: The ECOSOC [UN’s Economic and Social Council] meeting is important because of SDG 9, which calls for inclusive sustainable industrialisation, innovation and infrastructure. Africa has to compete within the global value chain, the manufacturing value addition and with the growth and speed of other regions. Two-thirds of the least developed countries are in Africa. Due to underdevelopment of the industrial sector, some countries are not growing fast enough.

What are the factors hindering Africa’s industrialisation?

The sudden drop in commodity prices caused problems because it lowered the competitiveness of commodities-dependent countries.

But commodity prices dropped only recently…

No, not just recently. Let’s say this has been the case throughout the last century. But let me talk about factors hindering industrialisation. Long ago the international development institutions wrongly prescribed deindustrialisation for some countries. An ambassador of an African country actually told me that the very painful process of deindustrialisation forced them to stop exporting cheese, cocoa beans and other products. Another reason is that countries change policies too often. Insecurity occasioned by frequent changes of policies scares away investors and disrupts the industrialisation process.

Were the structural adjustment programmes (SAPs) of the 1980s a wrong prescription?

I do not want to talk about that because I was involved in the whole process of structural adjustment lending when I was working at the World Bank. I would just say that some of the prescriptions provided to African countries were not very good.

Critics say meetings such as the one you are attending are all talk but no action. What’s your take on this?

I think that sometimes if there’s too much talk, too much debate on the theories, on the reports and studies, action is lost. Just do it! If it’s creating jobs, let’s go for it.

UNIDO’s Programme for Country Partnership (PCP) aims to mobilise private and public sector resources for industrialisation and to provide technical assistance to countries. How is that going?

It’s an innovative way to support a country’s industrial development. We collaborate with governments and development institutions to create industrial development strategies, and we support such strategies. Usually there is a financing issue: the government needs to allocate resources to basic infrastructure. But development institutions also need to provide supplementary financing for infrastructure such as roads, highways, railroads, electricity, water supply, etc. We advise governments to formulate policies that protect investments that will trigger private-sector financing and FDI [foreign direct investment].

You were heavily involved in the development of agricultural and small and medium-size enterprises in China. What lessons can Africa learn from China?

There must be a vision and a strategy. Develop policies that support small and medium-size enterprises (SMEs) in the agriculture sector, to begin with. In China, the number one document released at the beginning of the year was a plan to support agriculture development. Second, take concrete measures. We cannot talk about empty themes. Third, support with financial resources, capacity building and training. Fourth, provide an environment for SMEs to thrive. Lastly, link the agricultural sector to agro-industry, agribusiness and manufacturing.

Not long ago, a World Bank report stated that Africa’s agribusiness could be worth $1 trillion by 2030. Could agribusiness be a game changer for the continent?

Yes, although I wouldn’t say that the $1 trillion figure is exactly accurate. But agriculture is a very important sector for Africa. The job creation element in the sector requires innovation. If you try to grow wheat, corn, fruits, etc, without connecting to agro-processing food packaging and the global value chain, there is very little opportunity for job creation. Some people argue that if you introduce modern technology, some farmers may lose jobs. I don’t accept this argument because farming services connect to the market. With agro-processing, farmers have more time and capacity to do things beyond planting and growing crops.

The goal of the African Agribusiness and Africa Development Initiative, which UNIDO supports, is to link farmers to big markets. But African farmers cannot compete in the global marketplace because many Western governments subsidise farming. What’s your take?

Africa can be innovative about this. For instance, cocoa-producing African countries that used to export cocoa beans are currently producing some chocolate products locally. In Ghana, a private company is producing cocoa butter, cocoa oil and cocoa cake for domestic consumption. And UNIDO supported them with a laboratory, equipment and technicians to enable them to receive certifications to export to Europe and Asia.

Consider Ethiopia, with 95 million people and millions of cattle and sheep and cows. But they only export around 7% of their live cattle to other countries because they don’t have processing capacity. They don’t have the standard certifications for export, although the quality of meat is excellent. Currently we are supporting Ethiopia to set up a project for testing so that they meet the criteria for exporting to other countries. Actually, African agriculture can connect to the global value chain.

Countries may set up agro-industries in areas where they have a competitive advantage, but the lack of technical skills and inadequate infrastructure, particularly roads and electricity, is still an issue.

We have the traditional toolboxes, including vocational training. Capacity training is a very popular UNIDO programme. With donor support, we develop training programmes like we did in Tunisia and Ethiopia, where young engineers received training in how to operate big equipment. The second example is that countries need large-scale agro-processing projects. For instance, Ethiopia developed hundreds of industrial parks that are helping develop the capacity to manufacture many more products.

Most foreign investors target Africa’s extractive sector, which generates few jobs. How do you encourage investments in the agriculture sector?

I believe we should have industrial development in an inclusive, sustainable way. If we manufacture goods with a heavy pollution of water, soil or air, there’s a cost to people’s health. Think about what it will cost to address those pollutions in the future. At UNIDO, we do not approve projects for implementation unless they meet our environmental standards.

Are African leaders receptive to your ideas?

Most leaders I’ve met request UNIDO’s support. Except for countries in difficult situations such as those in conflicts, others need to show a strong commitment to industrialisation.

Are you seeing such commitments?

Yes, in Côte d’Ivoire, Ethiopia, Kenya, Senegal, Tanzania and Zambia—many leaders are showing a commitment. The new Nigerian president is committed to industrialisation. However, countries in conflict, such as the Democratic Republic of Congo [DRC], may have difficulties industrialising. The DRC has many resources, including gold and oil. They have a vast land—you can grow anything there—and a huge population. But internal conflict is slowing industrialisation. Yet a peaceful Rwanda is moving very fast with industrialisation. So it depends on a country’s situation, the commitments of its leadership and the efficiency of its administrative systems.

How do you see Africa in about 10 years?

Many countries will move up the socioeconomic ladder and become middle-income countries. There will be more industries to manufacture goods and create jobs. I think it’s possible. The global community is ready to support Africa. Most importantly, African countries are committed to industrial progress and economic growth. 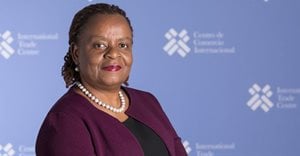 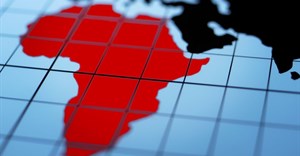 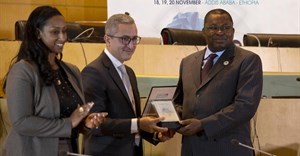 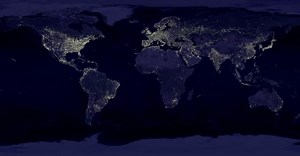 Africa should focus on industrialisation. Free trade will follow27 Nov 2019