By: Anton Harber
It may be imprudent to write this about someone who is spending $10m on African journalism. But then, of all the things I have been accused of in my time, prudence was never among them.

Michael Bloomberg, much-respected founder of the eponymous news service, billionaire and the 108th mayor of New York City, this week announced his three-year Bloomberg Media Initiative Africa (not to be confused with the pre-existing Africa Media Initiative - AMI).

I had been told some of the details beforehand. Eighteen mid-career journalists a year will take part in a fellowship programme, including "educational offerings, coaching, peer learning, collaborative projects and networking opportunities".

There will be 45 scholarships. I am very pleased that our Wits Journalism programme already has a couple of these. There will be an annual forum of 200 financial media, business, government, civil society and university faculty leaders (again, not to be mistaken for the annual AMI forum).

To promote transparency, they will support the Mo Ibrahim Foundation's data platform, and the Ford Foundation's Media Innovation Hub in Nigeria.

They plan to pull together three journalism schools and three business schools in three countries to draw up a new curriculum that brings together economics, business, journalism, ethics and public policy.

Wanting to understand 'Why'

I went to hear Bloomberg make the announcement this week in the hope of understanding why he or his people in Bloomberg Philanthropy chose these particular projects. What are the issues and challenges in African journalism that he wanted to address? Why did he choose to focus on three of the countries (South Africa, Nigeria and Kenya) that have the strongest media and best financial journalism? Why were they piggybacking on some existing initiatives, but reproducing others? Why did they think that six very different universities in three different education systems could - or should - agree on a curriculum?

I was left bewildered. The initiative, Bloomberg said vaguely, would "foster collaboration, support professional growth and nurture the leaders who are contributing to the continent's very bright future".

I hope I don't sound ungrateful. I think investment in journalism is needed. I have enormous respect for Bloomberg, and the managers of his philanthropic fund that I had the pleasure to meet. I will be grateful for scholarships for students who might otherwise not be able to go to university. This programme shows big thinking of the sort that has made Bloomberg who he is, his operation being one of the most successful journalism enterprises in recent history and having driven down crime in New York City.

But good journalism, as Bloomberg knows, is often about asking the right questions. And sometimes even stupid questions. It is not about the temptation to nod in agreement with the holders of large chequebooks. A journalist's job is to examine the gift horse's tonsils, right?

What exactly is driving this?

I do think that a programme of this sort needs to start with an understanding of what the issues are and what Bloomberg hopes to achieve. Is he concerned about the evidence of growing corruption among journalists in some African countries, the "brown envelope" phenomenon? Is he concerned to encourage Africans to tell their own story, and how is this played out in Bloomberg News? Does he see the digital divide, the fact that many Africans are being left out of the information age? Is he, like AMI, concerned about building management strength and financial viability in the continent's media? Does he see the vast differences between the types and standards of financial journalism in these different countries? Does he see a need to defend free media in those countries where it is under attack? What about all the failed training initiatives of recent times?

Corporate philanthropy always seeks a balance between the company's aspirations and those of its grant recipients. The best of such programmes serves both company and community, a balance that is difficult to achieve.

This philanthropy is part of Bloomberg's push to expand his company's presence in Africa, and there is nothing wrong with that if good is done along the way. Hopefully, as Bloomberg Philanthropy's initiative rolls out, we will see it take shape in a way that benefits African journalism as much as it does the parent company. XneeloTop 8 courses and webinars for entrepreneurs18 May 2021 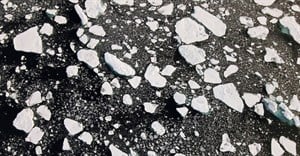 After Bonn, five things to watch for in the coming year of global climate policy4 Dec 2017 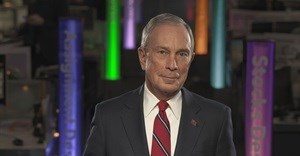 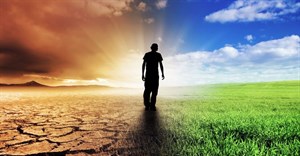 Cities rally around the Paris deal, a reminder that global problems can have local solutions27 Jun 2017 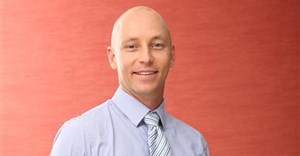 Investors want to know the risks of climate change6 Apr 2017