IP Rights and Monopolies: The Due South Case

By: Ilse Du Plessis
The North Gauteng High Court handed down an interesting trade mark judgement recently. This is interesting because it touched on the vexed issue of the relationship between intellectual property (IP) rights and competition law. And interesting because it did so within the context of another thorny issue, namely the extent to which a trade mark owner can prevent the use or registration of an identical or similar mark.
Foschini owns a chain of outdoor goods stores called Due South, and it has trade mark registrations for the mark in 14 different classes of goods or services - trademarks are, of course, registered for the goods or services for which they will be used, and there is a classification system consisting of 45 different classes. A man called Jan Coetzee runs a small business called Due South in Franschhoek, which promotes indigenous crafts and which publishes maps and travel guides. Coetzee applied to register a trade mark consisting of the name Due South and a logo in four classes of goods or services, none of which corresponded with Foschini's registrations.

Nonetheless, Foschini opposed Coetzee's applications. The law is worded awkwardly on this, but basically it says the following: the owner of a trade mark registration can oppose the registration of a later application if the later mark is identical to the registered mark, or so similar to it that the use of that mark in relation to the goods or services (which must be the same or similar to those for which the registered trade mark is registered) is likely to cause confusion.

There's considerable debate about how the similarity test is to be applied. There are those who follow the holistic approach, which says that the marks and the goods cannot be seen in isolation. In other words, if the registered mark is particularly distinctive, or if the two marks are very close, a lesser degree of similarity of goods will be required in order for there to be a likelihood of confusion. The European courts have favoured this approach and they have also said that if goods or services complement one another there will be sufficient similarity.

This approach was followed by a South African court in a recent infringement case called Zonquasdrift, where the court held that the use of the same mark for wine and wine grapes would not cause confusion because the goods were quite different. And, somewhat surprisingly, the EU trade mark authorities adopted a similar approach in a recent decision involving a mark called Matador. In that case the tribunal held that the same mark used for beer and tequila-based drinks would not cause confusion because the goods are quite different - they look different, they taste different, they're made differently, the ingredients are different, they come from different places, they don't complement one another, they don't act as substitutes for one another, and they aren't sold on the same shelves in supermarkets.

The court in the Due South case opted for this mechanical approach, and in the process rejected Foschini's claim that any of the goods or services were similar (it was particularly dismissive of the idea that foodstuffs and kitchen utensils were similar). The court also made some interesting observations. It said that it is very common for the same mark to be used in different product areas without any confusion - for example, Cobra floor polish and Cobra taps, and Polo cars and Polo clothing.

It placed some emphasis on the fact that there is a classification system, and seemed to feel that this in itself suggests that the goods or services covered by the classes are not similar. It said that you 'cannot compare the production and sale of articles to be used in some activity to the service rendered by using those goods.' And it was very scathing about the argument that retail services were similar to goods like publications, saying: 'The obvious point that Foschini misses is that all goods are produced for sale thereof. Coetzee's retort describes this as the clearest example of Foschini's attempt to obtain monopoly rights. If this opposition is upheld then a class 35 (retail services) registration can be a valid objection to registration in any of the goods classes once the mark is similar.'

The court also made some interesting comments about IP and monopolies. The court was clearly struck that Foschini had registrations in 14 classes, practically 1/3 of the classes available, and it emphasised that companies should only register marks for those goods or services for which they genuinely intend to use their mark. It said this: 'The importance of only claiming protection in classes in which the applicant intends to function is underlaid by an anti-monopoly policy. In modern times South Africa and countries with comparable intellectual property rights have sought to limit monopolies. This is because monopolies are in principle anti-competitive and contrary to the generally accepted principles of a free economy... In South Africa there has been a marked trend to limit anti-competitive practices. This is evident from a body of statutes and regulations regulating this field.'

What does this decision mean? In my view the relevance of the 45 classes may have been overemphasised, which are basically just a procedural tool or guide. And the suggestion that there won't be an overlap between goods and service is controversial - think, for example, of clothing (goods) and clothing retail (services), newspapers and books (goods) and electronic publishing (services). But the judgement should probably be seen as yet another decision that seeks to limit trade mark rights. Which may well be a good thing. But, there may be unintended consequences - companies faced with the prospect of having narrower trade mark rights may decide to register 'defensively' for goods or services in which they have no real interest. 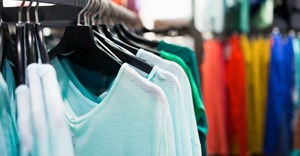 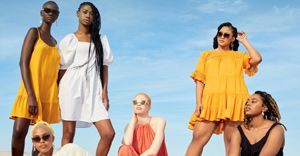 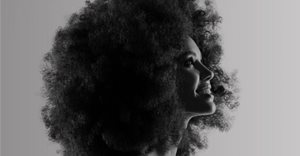