By: Issa Sikiti da Silva
With the spectacular advances of digital technology shaking the world, the general impression is that the three-century reign of newspapers and magazines is on the decline, further fuelling a debate on the future of print media, an industry that has taken too long to adjust to the new trends of the information age.
The first casualties of this media earthquake can be found in the US, where thousands of newsprint jobs are being phased out. According to Agence France Presse (AFP), Challenger, Gray and Christmas - a New York-based global outplacement that tracks job cuts - reported that 17 809 media jobs were eliminated in 2006 alone, an increase of 88% compared to 2005 when 9453 jobs were announced.

A further 2000 people were due to be retrenched in the first half of January, according to the same report.

"These media organisations will continue to make adjustments as their focus shifts from print to electronic," John Challenger, the CEO of Challenger, Gray and Christmas, was quoted by AFP as saying.

"Until they can figure out a way to make as much money from their online services as they are losing from their print side, it is going to be an uphill battle," Challenger added.

Internet-mad people around the world are making a cheap meal out of newspapers and magazines, getting anything from breaking news to dating, shopping, advertising and betting online in the comfort of their offices and homes.

A study conducted by the Washington-based Pew Research Center indicates that 50 million of Americans log on the Internet daily to check for news. Only a mere 17% said they get their regular news from newspapers, the IOL Technology website reports.

The Internet has nowadays become a powerful media tool to such an extent that many repressive governments such as China and Iran - to name only a couple - have tightened the control of the net. In some countries, Internet cafés are strictly monitored by state spies, and any 'harmful and illegal use' is met with the 'full might of the law'.

This situation has resulted in the rise in detention of Internet journalists around the world. According to the Committee to Protect Journalists (CPJ), 49 bloggers, online editors and Web-based reporters were jailed at the end of 2006, with China being the biggest culprit. A Chinese court sentenced prominent journalist Shi Tao to 10 years in jail for 'leaking state secrets' through an email about media restrictions on the Tiananmen Square festivities' remembrance in 2004.

But while some media experts acknowledge that things are changing, they warn about digging an early grave for print media, saying that this power shift should be treated with caution.

In his column for News24.com 'The Writing's on the Wall', Professor Anton Harber, of the University of Witwatersrand's School of Journalism, indicated that despite the rise of Internet media, globally the number of newspapers has increased remarkably, especially in the Third World.

"This is partly because there are some developing countries - like South Africa - where the market is still growing, and partly because papers are becoming niched, more titles are serving small, more select audiences," he wrote.

The total numbers of paid-for newspapers grew by 1179 around the world between 2001 and 2005 and the number of free dailies grew by 109 titles, fuelled by 13% growth, Prof Harber wrote, citing figures from the World Newspapers Association (WAN).

Likewise, there has been a growth in circulation of free dailies worldwide, which has doubled from 2001 to 2005, from 12 million copies to 28 million, according to the WAN report.

"What this points to is that is not so much that newspapers will disappear but they will change radically. The papers in trouble are those that serve broad, mass markets.

"If newspapers are dying, they are putting up a pretty lively deathbed show. What is more likely is that those newspapers groups which can adapt and add value, which are dynamic and flexible, will do well. And those who just plod on, or spend their time cutting costs to stay alive, will gradually die out," Prof Harber warned.

Nevertheless, unlike the US and other developed nations, most print media jobs in Africa are safe, for now, partly because the continent just does not have the resources to upgrade its technological capacities now and then. Also, due to poverty, lack of computers and energy and technological illiteracy in many African villages and townships, many people only rely on newspapers and radio to get news.

So, while the rise of Internet media favours the rich, the technology-conscious, the educated, cyber cafés addicts or anyone who can afford a PC and Internet connection, the growth of more titles in Africa will only mean more jobs are being created and safeguarded.

Issa Sikiti da Silva is a winner of the 2010 SADC Media Awards (print category). He freelances for various media outlets, local and foreign, and has travelled extensively across Africa. His work has been published both in French and English. He used to contribute to Bizcommunity.com as a senior news writer. 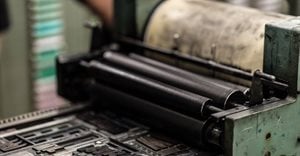 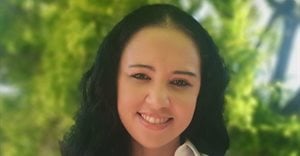 How can the print media industry secure its future?15 Mar 2021 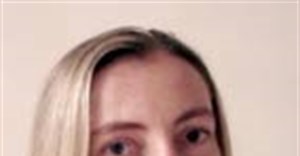 Esmaré Weideman on the print-media charter, her papers, and their future in the digital age10 Jul 2012 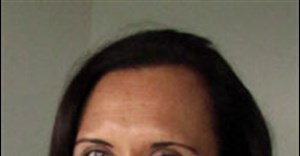 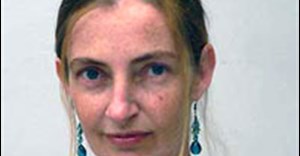 Fast forward into the golden - digital - age of journalism6 Jul 2011 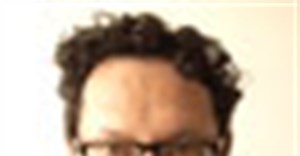 Taking over the news: digital future doesn't mean death of paper16 Nov 2010
More related
Republication of selected Bizcommunity content for non-commercial purposes is allowed if the original article is linked to with "Source: www.bizcommunity.com". Please click here for more information and to request permission.
Let's do Biz