Loeries 2014: "F*ck the formula" because there is no formula

By: Ilse van den Berg
With an impressive CV read out to attendees by outgoing Loeries chairman Xolisa Dyeshana, Patrick Baron, ECD of McCann Melbourne took to the stage at the DStv Seminar of Creativity on Friday, September 2014, dubbing his talk "F*ck the formula". Baron shared some of his agency's masterpiece ad campaigns, the experience of winning awards, how to deal with clients after winning awards, and why he believes there is no "formula" to creating exceptional creative work. (video)
"There is a lot we can learn from award shows - from work that wins awards and work that doesn't win," says Baron. But, he kicks strongly against the tendency when a campaign does really well, that clients want agencies to copy that. He says it's a dumb thing to do and it won't work.

"There is no formula," he says. There are certain things you definitely shouldn't do, but no two campaigns can ever be the same.

Baron says that during the Loeries Creative Week judging process, he was really struck by the diversity of advertising in South Africa. According to him, a lot of the work comes across as authentic and genuine and he thinks that is very important if you are developing an idea and trying to bring a message across.

"If you try and follow what someone else has done, it won't come across as authentic to that idea, because it's not true for that idea." He used the example of Native VML and Nedbank's Ke Yona Team Search campaign and reiterated how powerful an authentic idea and campaign can be.

From McCann's work, he shared the Dumb Ways to Die campaign and case study. "The reason why we did it is because a big part of our audience is on YouTube, and if you tell them what to do, they are not going to listen to you... You need to bring them in, give them some content that they can relate to, and then you have to reward them."

The Dumb Ways to Die wasn't just a video, it was a fully integrated campaign that encouraged engagement from the audience:


Nothing lives on its own these days, everything that we do has to be connected to something else.

It was also amazing to see the level of content that was created off the back of the Dumb Ways to Die campaign after it went viral online, creating even further awareness. Here is just one example:

After this, Baron says clients came and asked what the formula was - they all wanted their own songs and viral campaigns for their brands. McCann Melbourne experienced, probably as many successful agencies, the pressure of creating more campaigns to perform in a similar way. And that isn't always possible says Baron.

"We found that we couldn't do it again, because every single brief a client hands to you has its own life, has its own personality, and is talking to its own audience."

"The reason why I say 'F*ck the formula', is because that campaign was the best thing our agency ever did, and no two campaigns can be the same. We've had to turn away a lot of requests because we knew we couldn't do it again - it wouldn't work. And if we do something as an agency that we knew wouldn't work, we'd be f*cked."

The importance of trust

He says another question they get asked quite often is 'How do you sell that to your client?' He advises that trust is of utmost importance. He says trust goes both ways. As a creative you can't just expect the client to trust you, go with all your ideas and suggestions. You have to to trust the client as well. Trust their judgement, trust them that they want the same result that you do, trust that they know their brand and their audience. "If the trust goes both ways, they won't necessarily see an idea as 'risky', they'll see it as the right thing to do, because they trust you."

In illustrating his point of always having a different approach, he shared two more campaigns McCann Melbourne did, one for another railway company, and one for an Australian dictionary:

Baron says that when it comes to dealing with work that has been awarded, enjoy it, learn from it and then forget about it.


Bizcommunity's BizTakeouts TV crew caught up with Baron to chat about some of the agency's winning campaigns, the qualities of good ECDs and what inspires him.
NextOptions
›
Email Print PDF
Follow

Ilse is a freelance journalist and editor with a passion for people & their stories (check out Passing Stories). She is also the editor of Go & Travel, a platform connecting all the stakeholders in the travel & tourism industry. You can check out her work here and here. Contact Ilse through her website here.
Read more: loeries 2014, Patrick Baron, DStv Seminar of Creativity 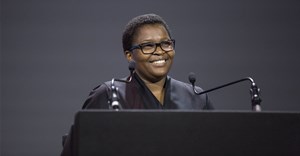 #Loeries2019: Africans aren't just swimming with the creative sharks, we are the sharks23 Aug 2019 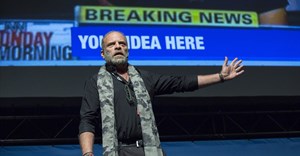 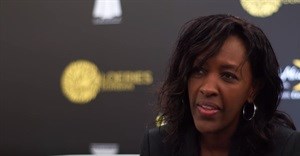 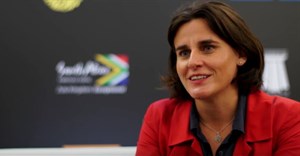 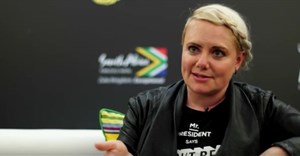