Getaway stakes its claim in the Afrikaans market

By: Louise Marsland
The great outdoors is anything but full of happy campers as Ramsay, Son & Parker (RS&P) and Media24 battle it out for control of this lucrative reader market. Last month, Media24 announced it was launching an English outdoor mag: go! and today, Thursday, 13 April, Getaway announced that it was launching an Afrikaans version of its mag: Wegbreek, which is a direct challenge to Media24's Weg!

And who can forget the David and Goliath battle between the two publishing groups a year or so ago, when RS&P forced Media24's New Media to change the title of South Africa's first Afrikaans language outdoor mag: Wegbreek, to Weg, as it was too like Getaway's name directly translated.

So it's rather cheeky of Ramsay's to launch the exact same title into the market again, as its Afrikaans language challenge to Weg, which has made strong inroads into this target market readership with its large disposable income and high-LSM lifestyles. Of course one could argue that it is a direct translation of Getaway...

In its press statement today, RS&P says it is entering a new phase in its 73-year history, with the launch of Wegbreek, which will become its first Afrikaans magazine. RS&P publish Getaway, Car, WINE and Popular Mechanics.

Scheduled to hit the streets in July, with a highly competitive cover price of R19.95, the new Wegbreek could be followed shortly by other Afrikaans magazines in the RS&P stable, according to MD Harold Eedes. The decision to move into this potentially lucrative market, he says, follows the recent sale of a 30% stake in RS&P to Caxton, which has given the company the necessary print and distribution muscle.

Eedes adds that the move also comes at a time when Afrikaans speakers are increasingly demonstrating a wish to preserve their cultural identity through language. "The continued growth of the KKNK arts festival and the recent vote to keep Afrikaans as the dominant language of instruction at Stellenbosch University, are obvious manifestations of this trend.

"We cannot ignore the voice of Afrikaans speakers, who also have the highest per capita income of any group in the country. While for many years we have served Afrikaans speakers with English titles, market research shows that in some instances, readers would prefer to read our titles in their mother tongue."

More likely though, is the fact that Weg has impacted on Getaway's readership and profitability and RS&P probably at this stage don't have much of a choice but to meet Media24's challenge head-on, as they seemed to have been caught napping before. And with Caxton on their team this time round, RS&P has a bit more muscle.

Two years ago, Media24 launched Wegbreek, but lost its legal fight to use the name and was forced to switch to Weg. Now RS&P is staking its claim to the title, which is a direct translation of the 17-year-old original, Getaway, Eedes asserts. "At the time Media24 entered the market, Getaway had been operating very successfully for 15 years. We wanted to protect our intellectual property, our branding and our positioning by reserving the right to the name to use it when we believed the time was appropriate."

Weg is now the official market leader in South Africa in the magazine category for outdoor and travel. The latest audited circulation figures (July to December 2005) for Weg are 77 184 per month - nearly 2000 more than Getaway. Weg also received a Pica at the November 2005 awards ceremony as the best magazine in the category for: Outdoor, Travel and Conservation.

"Ironically, Weg's popularity has demonstrated the strength of the Afrikaans market, emboldening us to introduce this, the first of our Afrikaans titles, now," Eedes admits.

Stirling Kotze, publisher of both Getaway and now Wegbreek, says the magazines, which are to appear in a new 300mm x 230mm maxi-format, are focused on a different market from Media24's Weg or its intended English language sister title, go!. He says both RS&P travel titles are aimed at the top end of the market, targeting a 60/40 male/female readership with a strong urban bias.

"Our readers have a fairly high disposable income and are seeking a range of experiences that include travel as a way of enriching their often very busy and stressful lives. We also recognise that couple and family holiday decisions are heavily influenced by women readers.

"The choice of the larger format that comes with a refined and updated layout is to augment the strong visual impact of our magazine, one of our key competitive advantages, allowing us to show our award-winning, dynamic wildlife and outdoor photography to best effect."

He says content across both titles will remain very similar but Wegbreek will be given "a uniquely Afrikaans flavour imparted by newly appointed editor, Gerrit Rautenbach and his editorial team of Afrikaans journalists. In time, we anticipate it will assume an increasingly independent personality."

Editorial will continue to emphasise good-value travel across the spectrum, from budget to luxury options, but given a new look with a view to attracting an increasingly youthful readership, capitalising on the increasing disposable income of Millennials and generation Xers. "And with our readers frequently travelling abroad, the editorial mix will include features on overseas, in addition to local and African spots. The accent will be on fun, adventure, intriguing destinations and loads of practical travel advice."

Kotze says advertising packages involving both titles have been very competitively structured to give advertisers affordable access to the Afrikaans market. Current subscribers of Getawayy will be able to switch to the Afrikaans title during the course of their existing subscription period, if they prefer.

Getaway's cover price at R24.95 remains unchanged. "The R19.95 launch price of Wegbreek has been kept under R20 to make it easier to buy at the newsstand and to give readers an inexpensive opportunity to try out the magazine. We are also particularly keen to attract younger readers."

Both titles are to be printed by Caxton, while RNA will be handling distribution from June.

It's a go! from July

Coming in July to a shelf near Weg, is English sibling go!, Media24's new outdoor and travel magazine which it announced last month. "The approach of go! is the same as that of Weg," said Weg editor, Bun Booyens, at the time, who will be editor-in-chief for both magazines. "Our focus remains on affordable destinations which are accessible to everyone. We do, however, know only too well that Weg cannot just be translated - go! will have its own voice and approach."

The print run for the first issue will be 60 000, and Weg and go! will have a joint advertising tariff. Booyens' two assistant editors are Andrea Weiss (former assistant editor of the Cape Argus and until recently at the University of Cape Town) will be responsible for go! and Barnie Louw (former supplement editor of Weg) will be responsible for Weg.

According to John Relihan, publisher for Media24 family magazines, this was a logical next step for Weg. "Weg's English readers have been asking for quite some time for an English magazine with the Weg recipe," says Relihan.

Weg has been one of South Africa's largest publication successes. The Afrikaans magazine was launched in April 2004 as a bi-monthly, becoming monthly in April 2005, under the name of Wegbreek. In February 2005, it complied with Cape Supreme Court ruling to change its name to Weg, following an application by Ramsay, Son & Parker, publishers of Getaway magazine. 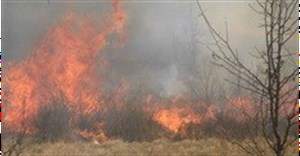 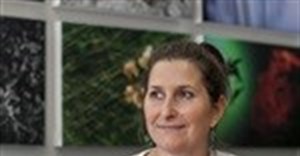 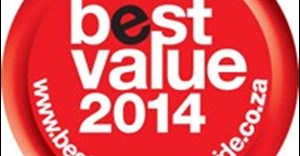