3 Feb 2016 | Email | Print |  PDF
The new multimillion rand Tugela Ferry Mall and Jozini Shopping Centre in rural KwaZulu-Natal have been trading very well since opening and both have had an excellent festive season, according to Gavin Tagg, CEO of Retail Network Services - the retail leasing and development company responsible for leasing both centres. He added that the performance of both centres has resulted in more top retailers take up space at the malls.
"Tugela Ferry Mall and Jozini Shopping Centre have established themselves in the towns of Tugela Ferry and Jozini in KwaZulu-Natal's rural northern interior. Both centres have been embraced by their communities and have traded well since opening. The recent festive season has been especially successful," said Tagg.

"Tugela Ferry is a vibrant, yet isolated, town in rural KwaZulu-Natal that previously did not have a quality, one-stop shopping centre. The new mall is well supported by locals and visitors alike. With a catchment of more than 184,200 residents in approximately 41,800 households, Tugela Ferry Mall is the first fully fledged shopping centre in the town. Residents previously had to travel substantial distances for basic shopping services, with Tugela Ferry located 45km north of Greytown," said Tagg.

A 3000m² Shoprite supermarket and 1350m² Cashbuild anchor the Tugela Ferry Mall. It caters for over 50 stores, service outlets and eateries offering a comprehensive retail mix, from convenience and banking to fashion, food and furniture.

Commented Tagg: "Major retailers at the centre are performing well, and we have some great new retail brands that have come in. To complete the tenant mix at Tugela Ferry Mall, we have strategic space we are holding for a butchery and an independent school uniform retailer."

He added: "Tugela Ferry Mall represents the biggest retail investment in the town and the mall is gearing up to mark its one year milestone in April."

Included in the Tugela Ferry Mall development is a 56-bay taxi rank, offering even greater accessibility for Tugela Ferry residents. The mall has 364 parking bays.

The mall development has also strengthened the town's central role in the area. Tugela Ferry Mall complements its neighbouring community facilities, which include a hospital, municipal offices, police station, schools, courts, the local office of the Department of Home Affairs and a new library, which is directly next to the mall.

Tugela Ferry is a key town in the heart of Msinga in KZN's Umzinyathi District Municipality. It is on the Tugela River's northern bank and is a seat of the Tribal Authority Government for the area. The main R33 route, which goes right through the town of Tugela Ferry, means the mall also benefits from excellent accessibility and visibility, making it convenient for passing traffic.

Meanwhile, great news for Jozini Shopping Centre is that leading national health, beauty and pharmacy retailer, Clicks, will be opening a 550m² store at the centre soon. This will be the first Clicks store in the town of Jozini.

Commented Tagg: "Clicks is going to be a fantastic new addition to the Jozini Shopping Centre. The centre was fully let, but due to demand we had to move a few stores around and reconfigure space to bring in Clicks. With Clicks coming in, the centre will be home to over 50 stores.

"Jozini is a bustling tourist town in Northern KZN and Jozini Shopping Centre is a quality addition to the town's retail offering. Besides being fully let, major retailers at the centre have reported excellent trade, for example the Roots Butchery sold over seven tons of wors in December," added Tagg.

"The fact that both the Tugela Ferry Mall and the Jozini Shopping Centre are trading well and are attracting national retail brands illustrates that there is an appetite for quality retail in rural areas," concluded Tagg. 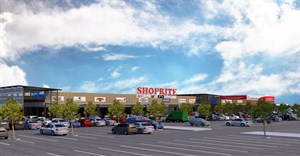 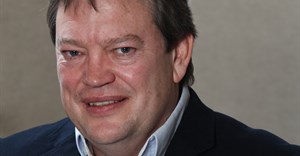