Long awaited mega-mall in Namibia is open for business

27 Oct 2014 | Email | Print |  PDF
Located within the Hilltop mixed-use estate in Kleine Kuppe, Windhoek, the R1-billion Grove Mall of Namibia is an Atterbury Property Holdings development, jointly with JSE-listed Attacq Limited and local Namibian partners, The Frontier Property Trust and Demushuwa Property Developer. It is the largest shopping centre ever to be developed in the country and opened its doors on 23 October 2014. "The Mall of Namibia is the country's first regional shopping centre. With more than 120 retail stores, restaurants and service outlets - 28 of which are new to Namibia - the mall brings a never before seen shopping destination to the people of Namibia," says Cobus van Heerden of Atterbury Property.

"It's an exciting development for Atterbury and forms part of our African expansion and diversification. The mall's Hilltop Estate location is strategic, as this is one of the fastest-growing nodes in Windhoek and enjoys convenient access to most suburbs in the Namibian capital."

Leading architects Boogertman & Partners, together with Howard and Chamberlain, designed the mall. Its eye-catching design is influenced by Namibia's climate and environment, with dune-like lines and earthy colours and textures.

"The citizens of Windhoek and Namibia have been looking forward to the opening of the mall, especially ahead of the December holidays. This was not only illustrated by the thousands of people who came for opening day, but the more than 35,000 likes the mall's Facebook page received before it opened," he concludes. 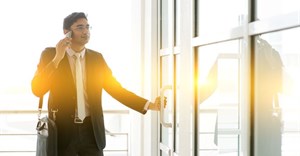 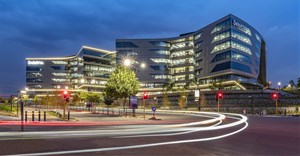