Leading the way in sustainable manufacturing

21 Nov 2011 | Email | Print |  PDF
SYDNEY, AUSTRALIA: Sustainable ways to produce plastics, foams, paints and other everyday materials could be the outcome of a AUS$10 million, four-year project about to commence at the University of Sydney.
Led by the University of Sydney's Professor Thomas Maschmeyer, the project is a collaboration with CSIRO. It builds on Professor Maschmeyer's current research making biocrude oil from sustainable feedstocks, including forestry waste and seaweed, in a process that uses water at very high temperatures and high pressures. This new project will find ways to use the products that are created in addition to the biocrude oil.

"The process we use to make biocrude - called hydrothermal upgrading (HTU) - involves taking biomass and heating it in water so that you get three things happening: a spontaneously separating bio oil, the production of gases and of chemicals dissolved in water," explains Professor Maschmeyer.

According to Professor Maschmeyer, these gases and chemicals could be put to a range of uses, including making the polyethylene and propylene that is commonly found in furniture and plastics, and material called aromatics that are used in resins, foams, rubbers, coatings, varnishes and solvents.

The project - called the Advanced Catalytic Processes for Renewable Chemicals Manufacture - is funded by a $5 million cash grant from the Science and Industry Endowment Fund (SIEF), matched by $5 million in-kind funding from CSIRO and the University of Sydney.

At Sydney the research will be conducted together with Professor Brian Haynes, primarily at a purpose-built facility at the known as the NCRIS biomass reactor, using waste products already being generated by the timber industry.

Further work will be conducted by the CSIRO, focusing on enzymatic routes towards renewable chemicals as well as on the gaseous products of the HTU process.

Professor Maschmeyer predicts that in the future sea grass and algae could provide the raw materials for the production. "Going offshore, into salt water, has the advantage of neither competing with current land, nor fresh water uses," he says.

The project has the support of major industry players such as Lyondell-Basell, Dow Australia, Visy, Amcor and Ignite Energy, as well as the Department of Resources, Energy and Tourism and the Department of Innovation, Industry, Science and Research, with each of these bodies having a seat on the project's advisory board.

SIEF is a statutory trust created by the Science and Industry Endowment Act of 1926. While the fund has been quietly active since this time, CSIRO's recent gift to the fund has allowed it to be rejuvenated as a significant funding source for science in Australia. The rejuvenated fund was launched by the Minister for Innovation, Industry, Science and Research, Senator the Hon Kim Carr on 20 October 2009.
NextOptions
›
Email Print PDF 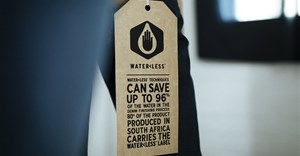 From cradle to grave: How Levi's is tackling water sustainability19 Aug 2019 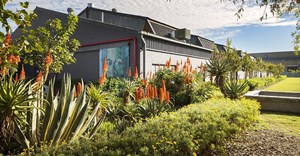 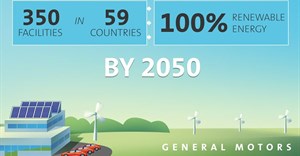 The benefits of remanufacturing5 Aug 2016