8 Dec 2022 | Email | Print |   PDF
Issued by: Bata
Leading South African footwear manufacturer, Bata South Africa - part of the international Bata Group - has scooped a Special Award for the bravery and team effort that went into protecting its Loskop, KwaZulu-Natal factory during the days of civil unrest and widespread looting that spread across the province in July 2021. The award was presented to Bata South Africa by Bata Group CEO Sandeep Kataria at the global Bata Forum and Product Review conference held in November 2022 in Bangkok, Thailand. Over 100 employees from Bata’s global management teams were in attendance.

“After a Facebook post had come to our attention calling for the factory to be targeted and burnt during the unrest, the heroic actions of our Loskop factory staff entailed keeping guard in the dead of the night and in negative-degree temperatures, to make sure the factory was not looted or destroyed. The destruction of the factory would have resulted in hundreds of jobs lost, and manufacturing capacity of millions of pairs of shoes destroyed,” he said.

During the week of unrest, more than 350+ people died in KwaZulu-Natal and Gauteng, 40,000 businesses were affected, 3000 stores were looted, 160+ malls were extensively damaged, and the total cost to GDP was estimated at R50bn ($2.9bn).

Bata South Africa’s Loskop factory is a mainstay of manufacturing and a key provider of income within this rural community. It employs nearly 500 people, mostly women from the local community, sustaining thousands. It’s also where Bata locally produces over 4 million shoes a year, representing more than 70% of its local stock, with the peak of production in June/July ahead of year-end orders.

“Our Loskop team, led by shop steward Londiwe Nsele, joined forces with the local community, chief and police, rallying together and camping outside for several days and nights in sub-zero temperatures to protect the Bata factory. Together they helped us to avoid costly asset damages, mass retrenchment, loss of skills and production capacity, and the possible shutdown of our major channels. This shows what the Bata factory really means to those in the community,” said Wyatt. Hilda Gasa, a senior supervisor who has worked at the Bata Loskop factory for over 30 years, agreed. “Bata and the community are family,” she said.

Wyatt expressed his pride in the Loskop factory team. “While a simple ‘thank you’ could never be enough, I hope that this Special Award from Bata Global lets them know how much they are appreciated. They’re all Bata Heroes and I’m very proud of everybody at Loskop.”

Established in South Africa in 1947, Bata is a household name with a reputation for affordable, reliable footwear. It is the custodian of a number of the country’s favourite footwear brands, including the most popular school shoe brand - Toughees, the iconic South African TOMY Takkies brand, as well as a range of robust Bata Industrial safety footwear. The Bata Group is one of the world's leading manufacturers and retailers of quality footwear, with a 128-year legacy, more than 32,000 employees, 21 production facilities, and over 5,000 stores in more than 70 countries across the globe.

Since 1894, The Bata Group remains one of the world's leading manufacturers and retailers of quality footwear. Bata South Africa represents one of 70 countries worldwide with a Bata presence. 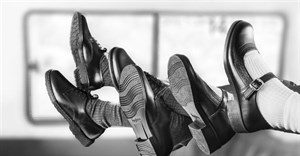 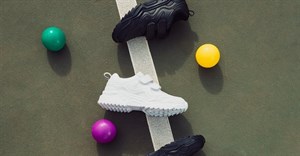 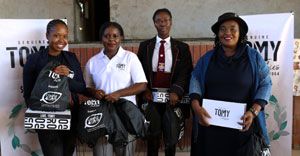