In the midst of a crypto winter, Bitcoin's history reminds us that it remains a good bet

22 Jun 2022 | Email | Print |  PDF
By: Tony Mallam
It's all too easy to be pessimistic about cryptocurrencies right now. Now with Bitcoin down 56% from its November peak, it’s understandable that crypto sceptics are sounding its death knell. However, for anyone who cares to look, and who’s paid attention to Bitcoin’s history, it’s clear that such sentiment is wholly premature and entirely overblown.

It’s also important to contextualise the current crypto winter within the broader investment climate and to factor in Bitcoin’s continued strengths as a savings instrument.

When you combine all of those things, there’s a very clear case to be made that Bitcoin remains a good bet, especially when it’s made as easy as possible for ordinary consumers to save with it.

The best performing asset…of the decade

Those crowing about the downfall of cryptocurrencies would do well to remember that in the decade leading up to March 2021, Bitcoin was the best performing asset, bringing annualised returns of 230%. That’s 10 times higher than the Nasdaq 100, which was the second-best performing asset class.

It’s also worth pointing out that while Bitcoin’s current price (around R460 000) is significantly lower than its R986 000-plus peak, it’s still higher than it was at the end of December 2020.

That means that anyone who bought Bitcoin before then has still made money. Bitcoin has faced sharp price falls in the past too. Between December 2017 and February 2018, the price halved.

That almost happened again in early 2020. While those dips felt catastrophic at the time, in the long-term they appear as minor blips on Bitcoin’s growth curve.

More recently, Bitcoin was at about the same price it is now in June 2021, before hitting its November peak. While the old investor disclaimer that “past performance does not guarantee future results” exists for a reason, historic data is still instructive.

If nothing else, it should tell you that writing off Bitcoin on the basis of a fall in price is a mistake.

While a lot of attention is being given to the issues faced by cryptocurrencies right now, it’s also important to remember that they’re taking place within the context of broader turmoil in the technology sector. In May, big tech stocks shed $1tn in value over the course of just three trading days, with Apple’s market capitalisation falling by $200bn in the same period.

The sector’s troubles have been spurred, in part, by rising interest rates around the world, as central banks try to curb inflation. In an era of so-called “easy money”, investments flowed into technology stocks, many of which had valuations far in excess of their ability to generate growth and profit.

As those stocks are shaken out, the companies that provide real value will experience revivals (just as they did in the wake of the dot-com bubble of the early 2000s).

The same is, in all likelihood, true of the cryptocurrency space.

The current crypto winter has already put paid to stable coins which were anything but, as well as so-called meme coins that weren’t ever designed to have any real utility.

The cryptocurrencies that come out of this winter will be the ones that have applications beyond simply being asset classes. There’s a reason, after all, that leading venture capital firm Andreessen Horowitz just raised a $4.5bn dedicated crypto fund.

The power of ‘set and forget’ saving

All of this suggests that there’s a strong case to be made for changing the way people invest in Bitcoin.

Rather than the price-focused exchange approach which has dominated to date, an approach that allows consumers to “set and forget” (as they would with traditional savings) may be a better approach.

It’s something we firmly believe in at upnup, bringing the “bank your change” principle to Bitcoin buying. It’s an approach which takes a lot of anxiety out of crypto investing.

Rather than anxiously watching price fluctuations and trying to decide when to buy and when to sell, consumers consistently buy as they spend. This means that they’re spending time in the market, rather than having to time the market, allowing their small investments to grow.

If this approach becomes widespread, it may further cement Bitcoin’s viability as an asset class.

Ultimately, this current crypto winter will likely pass and those who’ve taken a consistent, measured approach will reap the long-term rewards. 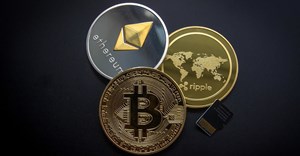 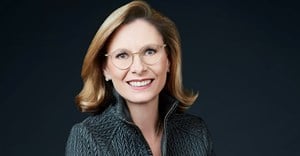 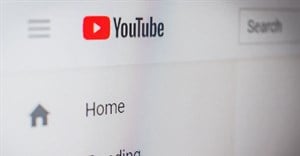