Basa says that excise tax relief is critical for the survival of the beer industry, as businesses are still struggling to get back onto their feet after being forced to stay closed for a total of 161 days over a 16-month period since the national lockdown was implemented in March 2020. This includes the craft breweries that managed to survive (30% of the sector permanently shut their doors as a result of the ban) and the thousands of taverns in townships across the country, which have received no financial relief from government.

"This is particularly concerning, given that each craft brewer in South Africa employs a minimum of 10 people on average. It is clear that another excise increase above inflation could serve as the final nail in the coffin for these and other businesses across the beer value chain who are still trying to make up the revenue lost during the bans, while being faced with other increased input costs including fuel and electricity hikes," says Basa CEO Patricia Pillay.

Basa highlights President Ramaphosa’s State of the Nation Address last week, where he stated that government does not create jobs but businesses do, and says that it's therefore critical that government create the conditions for businesses to emerge and grow.

"By introducing this excise sliding scale based on beverage type and alcohol strength, South Africa would be following a number of other countries - including Australia, Canada, Denmark, Finland, France, Iceland, Ireland, Israel, Mexico, Netherlands, New Zealand, Norway, Portugal, Spain, Sweden, Switzerland and the United Kingdom - and would be encouraging people to purchase beverages that are lower in alcohol," says Pillay.

According to Basa, another above-inflation increase in excise would "once again" go against government’s own excise policy guidelines. This ongoing policy uncertainty will continue to serve as a major discouragement to investors, at a time when our economy is in desperate need of private sector investment that creates jobs, it says.

"With many businesses across our local beer industry still at risk of permanently shutting down, Basa calls on Minister Godongwana to provide them with a lifeline by either announcing no or below inflation excise increases or a new tax regime that recognises lower alcohol products and incentivises the growth of SMMEs including craft brewers in the sector," states Pillay.

Salba, which represents liquor companies including Distell, Heineken, Diageo and Pernod Ricard, notes that while excise rates have quadrupled since 2000, World Bank data shows that, over the same period, the total alcohol per capita consumption in South Africa has remained virtually unchanged. Therefore, it says that increasing taxes hasn’t impacted how much South Africans drink, but merely shifted it to the illicit market.

"Continued above-inflationary excise increases have contributed to a situation where legal alcohol prices now exceed those of illicit alternatives by 43% on average. Illicit traders have seized the opportunity by stepping into the void and providing cash-strapped consumers with easy access to cheaper alternatives, whilst legal traders battle surging input costs (including excise) and crippling supply chain constraints," Salba says.

It explains that illicit trade, by volume, currently represents 22% of the South African alcohol market, making it the second largest “player” in the local industry. "Almost doubling its market share in less than a decade, the illicit trade is a formidable force and one that cannot be ignored. Illicit trade doesn’t comply with regulations, it doesn’t pay tax. It takes without giving back," states Salba.

In contrast, it says the legal alcohol industry value chain in 2019 supported almost a million livelihoods, contributed R173m at market prices to GDP including the payment of R72bn to the fiscus in indirect taxes alone.

"Increasing excise at rates above inflation will continue to provide a competitive advantage to illicit traders at the cost of the legal market and society at large. At present, the industry enables an estimated 100,000 licensed independent SMME alcohol traders to continue trading, earning a livelihood and providing much-needed jobs. Excessive taxation is just another form of red tape hindering economic growth," says Salba.

Salba agrees with President Cyril Ramaphosa's remarks in his State of the Nation address that "the state must create an environment in which the private sector can invest and unleash the dynamism of the economy".

Kurt Moore, Salba CEO, says the alcohol industry fully supports this sentiment. "Our sector is committed to playing a significant role in the nation's economic recovery. The government's challenge to fulfil its economic recovery plan requires a massive infrastructure rollout and an employment stimulus to create jobs and support livelihoods. This places an enormous burden on the nation's fiscus. However, you cannot simply tax the country into economic growth.”

Moore points out that the alcohol industry is a significant contributor to the fiscus through the number of people it employs who pay tax to the proceeds paid to the government from excise taxes. In addition, the organisation believes that private business ‒ from corporate through to small to medium enterprises (SMEs) ‒ has a vital role in alleviating poverty through job creation and encouraging business expansion.

"The industry remains committed to playing a significant role in the nation's economic recovery. We propose moderate excise tax adjustment that is not higher than inflation to allow the alcohol industry to play a significant part in the country's economic recovery, create jobs, encourage the growth of SMEs, attract foreign investment, and contribute to the fiscus," says Moore.

Salba finally says that the alcohol industry has strongly advocated that what is required to resolve the problem of alcohol abuse are targeted interventions to address social drivers of harmful use of alcohol – from education and awareness to law enforcement and health treatment interventions. 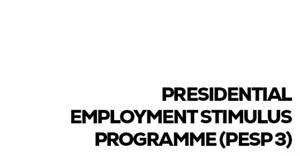 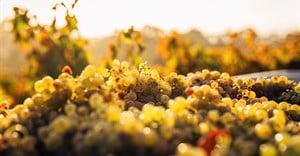 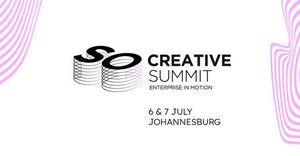