28 Jun 2021 | Email | Print |  PDF
South Africa has moved to Adjusted Alert Level 4 in an attempt to stem the third wave of Covid-19 infections in the country. Included among the new Level 4 restrictions announced by President Cyril Ramaphosa on Sunday night was a 14-day blanket ban on alcohol sales that prohibits both on-site and off-site sales.
Ramaphosa said that recent alcohol restrictions had not been effective enough, and that a total prohibition would ease pressure on hospitals that had been responding to incidents related to excessive alcohol consumption.

In the "interest of protecting jobs and livelihoods", the Beer Association of South Africa (Basa) said that it's seeking legal advice on the government's decision to implement a fourth alcohol ban. "There is a vaccine against Covid-19, but not against poverty. The rise in infections is a direct result of large gatherings, a lack of social distancing and the failure to wear masks - not alcohol," Basa said in a statement.

"We have repeatedly communicated to government how the previous three alcohol bans have devastated thousands of small businesses across the beer value chain leaving business owners, their employees and families destitute. Many more businesses will now find themselves on the brink of closure as a result of the latest 14-day ban and no financial relief being made available by government," the association added.

President #Ramaphosa: To ease pressure on our hospitals, the sale of #alcohol will be prohibited for on-site or off-site consumption for 14 days.#StaySafe #CoronaVirusSA #Level4 #14Days pic.twitter.com/eykrghKfD4

Basa said the alcohol industry continues to bear the brunt of the slow rollout of vaccines and failures within the national health system.

The South African Liquor Brandowners Association (Salba) echoed this sentiment and called on the government to re-evaluate its efforts towards preserving economic livelihoods with safeguarding lives by focusing on a more effective and faster vaccination programme.

"Inefficiencies in the widespread rollout of the vaccine are directly compromising the business and economic activity of the country. Without implementing a widespread, efficient vaccination programme, there is no possibility of allowing the country to begin the long process of economic recovery," Salba said.

It added that the decision to ban alcohol will place jobs at risk at a time when the government does not have the fiscal resources to provide support for those workers who find themselves unemployed.

Salba chairperson Sibani Mngadi commented yesterday, “We are deeply disturbed by this evening’s decision by the president to ban alcohol sales for 14 days when there is no evidence to suggest alcohol consumption is the driver of the current rise in infection rates. First and foremost, the government should be concentrating on generating greater efficiency in the country’s vaccine rollout to allow for the economy to open up.”

“The ban is being implemented without any consideration of any form of economic relief for businesses and employees of the industries that are being now restricted. It is an unfortunate situation in the context of a large amount of resources allegedly lost through corrupt relief claims.”

Salba stated, "the ban on formal alcohol sales robs the South African Revenue Service (Sars) and the local industry of tax and sales revenue that would be paid in a formal trading environment. In 2020 alone, SARS lost R11,3bn due to the illicit alcohol trade.

According to the liquor association, the cumulative impact of the three alcohol bans’ in 2020, including the five-week ban between 29 December 2020 to 2 February 2021, has already risked at least 200,200 jobs supported by the alcohol value chain, equivalent to 1.22% of national jobs in the formal and informal sectors.

Charting a course for the next 20 years of CyberCellar

Both associations said the latest ban will fuel the growth in the illegal trade of alcohol, which has been proven to increase exponentially when a total ban is imposed.

According to figures from Euromonitor International published in May 2021 titled Illicit Trade: Alcoholic Drinks in South Africa in 2020, illicit alcohol trade has grown at a compound annual growth rate (CAGR) of 17% since 2017 and now stands at 12% of the R177,2bn total industry market value and 22% of the market by volume and worth R20,5bn.

Report documents increase in illicit alcohol trade due to prohibition

Basa, added, "The prohibition of alcohol will not stop South Africans drinking. Instead, consumers will purchase their alcohol from illegal outlets, putting their health and safety at risk." 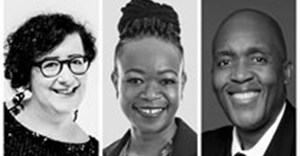 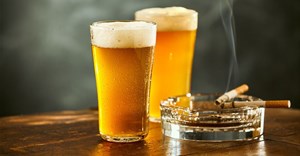