9 May 2014 | Email | Print |  PDF
By: Nick Hedley
SA's new meat-labelling regulations, which came into effect two weeks ago, appear to have created more uncertainty in the industry, leaving suppliers and retailers open to possible charges of noncompliance.

nd the lack of any parallel public education campaign means that consumers are none the wiser about their rights or how to enforce them - a critical element of the compliance component of the new laws.

The regulations came into effect on 25 April 2014, six months after being published by trade and industry minister Rob Davies. They are aimed at addressing what became known as the "donkey-meat scandal" which broke just over a year ago.

After reports from Europe of horse meat in several meat products, studies in SA by Stellenbosch University found that meat products in supermarkets were not correctly labelled, though this was largely blamed on cross-contamination of products.

The study used sensitive screening methods which could detect small traces of other animal species - usually the result of shared equipment and utensils, and insufficient cleaning of these.

The public outcry resulted in the current government regulations.

But the industry and retailers say that there are still uncertainties around the new labelling laws, and they have little idea whether they are in compliance or open to possible fines.

One particular concern is that there is no clarity on how exactly they need to describe the animals in their products, or the process methods of the products.

Retailers are likely to be compliant with most aspects of the regulations as they are largely already part of the existing labelling laws, which aim to ensure that consumers are not misled.

Consumer commission head Ebrahim Mohamed says suppliers now need to be fully compliant with the labelling regulations, which require much more detailed disclosure of the contents of processed and dried meat products. He says the commission now intends to focus more on carrying out compliance inspections.

The commission's national consumer tribunal has the power to hand out fairly hefty penalties and fines - up to 10% of a company's annual turnover, or R1m, whichever is greater.

Should consumers discover incorrectly labelled meat products, they can approach the consumer commission if the matter is not resolved at a supplier or retailer level.

However, Rosalind Lake, a director at law firm Norton Rose Fulbright, says the commission appears to be "making limited use of its extensive enforcement powers at the moment".

Lake says though retailers are generally not responsible for most product labelling, they can still be fined.

She also says that while the successful enforcement of the laws will hinge on "vigilant consumers", there has not been much of a public education process.

One of the confusing features of the regulations is the lack of a threshold which says how much of another species can be present in a particular product before it is identified in the labelling. Lake says it appears that any cross-contamination needs to be disclosed on labels.

"I thought there would be more guidance on how this is actually implemented, " says Lake.

The UK and EU allow a 1% threshold to accommodate potential cross-contamination during production.

One area of potential conflict, says Lake, is that while retailers are generally not responsible for most product labelling, as they will pass this obligation to their suppliers, "they can still be fined if their labels do not comply with all legal requirements".

With legislation such as this, large suppliers and retailers tend to comply first and smaller companies usually take a little longer to fall into line, mainly because of the additional costs these regulations impose.

Fruit & Veg City spokesman Mirella Gastaldi agrees that there is still some uncertainty in the industry "as to what exactly is meant by certain requirements in the regulations" and how realistic the compliance deadline is.

The company has 120 Food Lover's Market stores in eight countries, including SA, Australia, Angola and Mauritius.

Gastaldi says Food Lover's Market has, "to the best of our ability, in light of the numerous uncertainties that exist around the regulations", taken all steps to ensure that the labels on its processed and dried meat products comply with the regulations.

"The department of trade & industry has informed us that, apart from stating what the contents of our products are, we are also required to state whether meat is halaal or kosher on our packaging. This we do with all our brands."

Yolandé van der Riet, nutrition specialist at the Consumer Goods Council of SA's Food Safety Initiative, says the council is in negotiations with the DTI. She says her members need clarity about the effect that the new regulations will have on existing labelling laws previously implemented by other departments, and which laws will take precedence.

Among other items requiring clarity is the terminology used on labels, including the "mode of manufacture" of meat products.

Van der Riet adds that the implementation date "is a topic on the agenda". 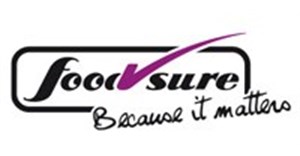 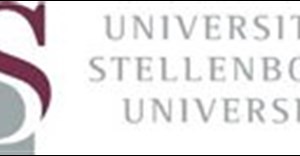