14 Aug 2007 | Email | Print |  PDF
USA - The new Fall Fashion Trend Reports are live on the Fashiontribes Blog, FashionIndie.com and Papierdoll.net - with the in-depth scoop on ready-to-wear, couture, and emerging talent.
Highlights of the reports and coverage include:


FashionIndie:
In six months, FashionIndie.com has become one of the more popular independent fashion sites on the web. With their "fashion firsts" scoops, they showcase emerging talent, and have quickly evolved into a premier source for the best in new fashion. Their innovative Indie Network helps showcase the best indie fashion, style and culture, and this September during New York Fashionweek, they'll make be making history as the first fashion blog to go to print with the FashionIndie Magazine. FashionIndie has in-depth coverage of the designers that the CFDA/Vogue Fashion Fund has deemed the best of 2007.

Fashion Indie offers full access to the emerging fashion talent that is making the scene (and grabbing the attention of Anna Wintour and friends). They introduce all the designers, publish provocative and diverse opinions on the Fall '07 and Spring '08 collections, go behind the scenes as they prepare for NY fashion week, and provide information updated daily on exclusive sample sales and events. Readers and fashionistas also have the opportunity to vote for their favorites at FashionIndie.com


Fashiontribes:
Recently ranked fourth in the list of the top 50 fashion blogs, the Fashiontribes blog updates several times each day with the freshest fashions, Fashiontribes editor picks and "must haves", steals and deals, shoes, bags, accessories, and fashion trend reports. For fashion that is more customised, Fashiontribes.com features five-in-one fashion and lifestyle e-zines, each devoted to a particular fashion personality or "tribe."

Fashiontribes dissects the Haute Couture trends: "Because Haute Couture is somewhat less driven by direct financial concerns than is Ready-to-Wear, designers have more room to toy with ideas - making it an insightful barometer of which trends have legs," notes Fashiontribes.com Editor in Chief, Lesley Scott. "For fall, there is a definite feel of girding up for battle, along with a simultaneous vein of escapism. By borrowing from various eras of history - Napoleon, the Roman Empire, the Jazz Age - designers are helping people costume themselves for the movie that is life, today."

Fashiontribes on Ready-to-Wear Trends: "The New York Ready-to-Wear shows were grown up and wearable, London was edgy and aggressive, Milan was ladylike and sexy, while Paris lived up to expectation with gorgeous theatricality," explains Scott. "A trend of surprisingly lightweight, seasonless dressing emerged; in lieu of the expected heavy knits, protective overcoats, and traditional fall/winter looks, it's been a parade of diaphanous fabrics, bare arms and legs, and a palette of decidedly non-wintery colors. Fur made an appearance on most A-list runways, as did generous silhouettes that engulf the wearer in a cozy, protective set of fabric armor, ladylike hats, metallics (still), crayon-bright colors, prominent prints, slouchy-chic trousers, sky-high heels, and menswear inspired chic grey dresses."

In an exclusive backstage video interview with Isaac Mizrahi, the designer summed up what a number of the most influential designers are feeling. "I call the collection Frozen Spring because I couldn't bring myself to do heavy coats and heavy sweaters. Even though there are sweaters and coats in the collection that will keep you warm, I feel like they're year round and seasonless."

* Clothing as Armour and for Protection
* Seasonless Dressing
* Black is Back
* Fur, Fur, Fur
* Woman in Grey
* Lady in Red
* Menswear Chic and Slouchy Trousers
* Bright Colors and Brash Prints
* Shine On in Metallics
* Huge Hats and Sky-High Heels


Papierdoll:
For fresh fashion editorial spreads, photoshoots and articles, Papierdoll.net has been voted one of the web's premiere fashion e-zines by fashion insiders. Their editors, authors (and stragglers) also post frequent musings at Papierblog, news updates and the latest on global fashion on iPapier, and savvy bargain shopping deals on their Thriftychick blog. 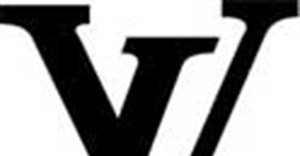 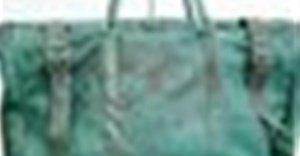