23 Jun 2011 | Email | Print |  PDF
By: Zeenat Moorad
... Or not so odd after all... Who would have thought petroleum and potatoes would make such good business bedfellows, but Chevron SA, through its retail brand Caltex, has seen an increase in fuel volumes of between 8% and 10% after partnering with Freshstop, a member of the Fruit & Veg City group.

Competing for retail growth on price is not an option in the highly-regulated petroleum industry and, instead, forecourts use their fuel quality, facilities and customer service to build loyalty and drive fuel volumes.

Freshstop launched its partnership with Chevron SA early in 2009. As a 24-hour convenience store brand, it offers consumers essential groceries by ensuring that a significant percentage of each of the in-store floor space is dedicated to fresh produce.

Reaching the half century

"We developed an aggressive roll-out plan, which relied on an as yet unmatched conversion time of 20 days per site - with the rollout of four pilot stores in the Western Cape.

"Our consumer research over the pilot period showed that 97% of competitors' customers to Caltex said the new Freshstop store was one of the reasons they visited the site," she said.

Freshstop aims to open up to 50 stores by the end of the year and 50 more stores in 2012, solidifying is position as SA's fastest growing "c-store", or convenience store, brand.

Brian Coppin, co-founder and managing director of Freshstop, said it had seen an increase of 40% year-on-year growth in turnover in stores after the conversion to Freshstop and a 12% increase in footfall, while the convenience store retailing sector report constantly declining turnovers of -6%.

However, with more than 4600 service station forecourts in SA, both company-owned and franchised, competition is steep.

And according to Peter Noke, the national director of the South African Petroleum Retailers Association, the profile of the service station operator has changed dramatically during the past decade and this niche industry is in the throes of rapid evolution, which has placed new demands on business owners who populate it.

The future of fuel retailing depends on the ability to present a full-site offering to customers, one that respects wallets, time and car engine needs.
NextOptions
›
Email Print PDF 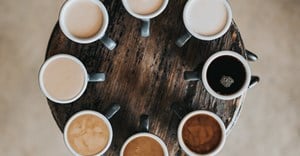