2 Feb 2011 | Email | Print |  PDF
By: Michael Bleby
Stellenbosch is a long way from Leeds, but if Nick Scrase has his way the sleepy Western Cape town and the northern England city will soon get a lot closer.

Scrase, the MD of International Produce (IPL), a Wal-Mart-owned sourcing company, expects to increase his knowledge of and access to South African producers once the planned sale of Massmart is completed.

His next project is wine.

UK supermarket and Wal-Mart business Asda buys about 70-million litres of wine a year, 9-million of them from SA.

At present about 60% of the wine from SA is shipped in bulk, 24000-litre bags to the UK and bottled by third-party bottlers. IPL is now building its own bottling plant to do that work.

"This is absolutely what Wal-Mart does. It's so important for our model," Scrase says.

Once the new plant is up and running later this year, IPL plans to start bulk imports of another 1-million to 2-million litres of wine from SA that it buys in bottled form and packages itself.

Greater control of the supply chain will allow Asda, which Wal-Mart bought in 1999, to keep prices low. This means more sales.

"The differential between us and our competitors will allow us to continue to drive volume," Scrase says.

This sums up the opportunity for South African producers in a Wal-Mart world.

They may increase sales, but will increase them to a company that drives down costs and expects the same of suppliers.

Further, the company is keen to take over value-added services, such as bottling, where it can. This takes work away from local companies.

"There is a tension," Scrase concedes, though he says greater overall sales will compensate for the loss.

Retail workers' union the South African Commercial, Catering and Allied Workers Union, campaigning for restrictions to be placed on Wal-Mart's 51% purchase of Massmart, which got a 97.67% backing from shareholders last month, says the takeover will hasten a decline of industry in SA such as that of textiles.

"With Wal-Mart it will be worse," union deputy general secretary Mduduzi Mbongwe says.

With packaging costs, glass bottles, screw-top caps and the like, being more expensive in SA than in the UK, it is viable to bottle only premium wines in SA, those selling for £4.50 and above, Carew says.

While UK sales are likely to grow, other countries beckon, too, Scrase says. "I think the opportunity exists as much outside the UK as inside."

If Massmart sells more by expanding operations such as its Cambridge Foods business that targets lower-income consumers, it is good news, he says. "There's a huge opportunity in organising the rest of the trade. The informal market is very inefficient."

There is, of course, a greater risk of competition from imports. For example, IPL is about to import US chocolate brand Hersheys to Asda in the UK, Mr Scrase says.

But with Massmart expanding its footprint to a growing African market, UK analyst Bryan Roberts expects more than 1000 Cambridge stores in Africa within five years, food sales will grow, and so can sales for producers.

"Over time, Massmart will become a grocery retailer with some general merchandise on the side," Roberts says. 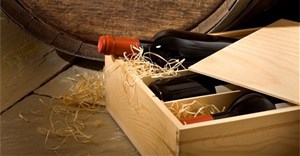 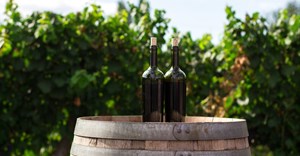 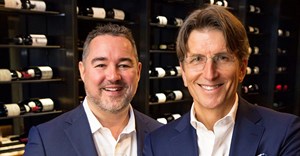 All in the family - Bosman Family Vineyards30 Oct 2018
More related