3 Oct 2018 | Email | Print |  PDF
Vikesh Ramsunder will step into the role of an executive director and group CEO at Clicks Group with effect from 1 January 2019, succeeding David Kneale who has led the group since 2006.
Kneale resignation is effective 1 January 2019, after which he will assume the role of group strategic advisor while he serves his contractual notice period until 31 August 2019. This will enable the group to benefit from Kneale’s extensive health and beauty retailing experience and ensure a smooth transition to the new CEO.

Ramsunder (47) is the chief operating officer of Clicks and has been with the group for 25 years. He has held numerous roles across multiple disciplines including store and distribution centre management, and was head of logistics in Clicks.

In 2010 he was promoted to managing director of UPD, the group’s pharmaceutical wholesaler, and was appointed to lead the Clicks chain in 2015.

“During his time at UPD Vikesh was instrumental in the implementation of our successful distribution strategy and more recently has been responsible for driving the strong growth in Clicks’ health and beauty market shares.

“Vikesh has been mentored as my successor over several years and is highly respected both internally and by external stakeholders of the group. His proven leadership track record and depth of experience makes him the ideal CEO succession candidate,” said Kneale.

During David Kneale’s 13 years at the helm, the Clicks Group has experienced strong growth in its core markets, with both Clicks and UPD holding market-leading shares in their respective sectors. The group’s revenue has more than trebled in this time while operating profit has increased five-fold.

Under Kneale’s leadership the group has delivered superior returns to shareholders and seen the market capitalisation grow from R4 billion in 2006 to R50 billion, with the group recently being elevated into the FTSE/JSE Top 40 Index. Clicks Group is considered one of the most transformed and empowered retailers in the country, evidenced by its strong BBBEE credentials and rating.

“It has been a privilege to lead this great team and I am pleased that I will continue to contribute in an advisory capacity until my retirement. Clicks Group has a strong executive leadership team and I am confident in their ability to sustain the group’s commercial success,” concluded Kneale.
NextOptions
›
Email Print PDF
Read more: resignation, David Kneale, Vikesh Ramsunder, health retail, beauty retail 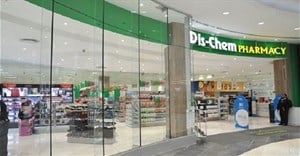 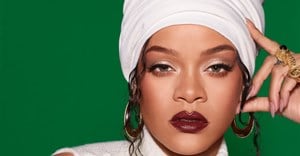