First round of research on SMEs emerges

23 Nov 2011 | Email | Print |  PDF
Research specialist SBP has commissioned a survey of 500 SMEs to track performance and experience over three years, the SME Growth Index, which tracks over 65 000 data points. The results of the first round indicate that South Africa is squandering a critical economic asset and source of job creation by failing to create an environment for this sector to flourish but the good news is that this can be remedied.
The headline report 'Priming the soil: Small Business in South Africa', reviews the panel of firms that can make a dent in unemployment. They have survived the first two years of operation, they currently employ between 10 and 50 employees and they operate in sectors that government has prioritised for growth, namely manufacturing, business services and tourism.

These firms represent a crucial subset of the business community. They contribute upwards of 50% to South Africa's GDP and 77% of all private hiring. They are recognised internationally as a key outlet for entrepreneurial talent and are the foremost driver of job creation.

The bad news however is that job creation in recent years has been slow. Less than half the firms on the panel have grown their staff numbers over the past five years. Less than a third created new positions in 2011. South Africa's SMEs are simply not growing at the pace needed for large-scale wealth and job creation. Of the factors contributing to this, the economic climate rates the highest.

"The Index is the first longitudinal study of its kind in South Africa. It provides unique and unprecedented insights into the dynamics of this sector and the firms within it. The evidence it presents helps to identify the key factors supporting and impeding the growth of SMEs in South Africa," says Chris Darroll of SBP.

The Index appears against the background of repeated commitments to the principle of SME and entrepreneurship development. Most recently, the National Planning Commission's Vision 2030 envisages that "small and expanding firms" will generate the overwhelming majority of the new jobs in the next 20 years.

However, recent studies show that South Africa does poorly on entrepreneurship. Our proportion of owner managers is among the lowest worldwide and many new start-ups fail within the first two years.

The SME Growth Index looks at the challenge from a fresh angle. "The study investigates the job creation potential of SMEs that already exist, to identify factors that help them flourish. It looks not only at external factors such as the regulatory environment and skills requirements, but also at the internal dynamics of the firm - issues like how the business owner responds to risk and whether innovation is prioritised."

Compliance with BBBEE is also a major barrier. Says Darroll, "It emerges clearly from the data that the country's SMEs feel weighed down by BBBEE requirements that are costly to implement, but offer few benefits. Widespread dissatisfaction among all the firms, including black-owned businesses, is very evident, despite some 57% having accreditation. Accreditation comes with annual costs, is administratively burdensome and is not balanced by enhanced access to procurement opportunities.

New firms do not employ

"Also clearly emerging is that older firms tend overall to employ more people. This is in contrast to government's emphasis on supporting start-ups. It is questionable whether government's strong focus on micro-enterprises is the best course of action. Government needs to prioritise its micro-economic goals. At present, employment targets, BEE and labour protection are jockeying in an unviable mix. If government accepts that small business is key to its employment and economic growth goals, then it must reconsider the regulatory environment. For too long, this has been a discussion heavy on assumption and ideology and light on evidence. We need to take small businesses' concerns seriously and find practical ways to address them."

The company is engaging with government, business associations and small firms to explore policy implications emerging from the findings, and strategies to address the challenges. The full report can be accessed at www.smegrowthindex.co.za.
NextOptions
›
Email Print PDF 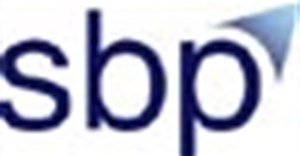