8 Feb 2021 | Email | Print |  PDF
In a bid to meet merger conditions laid out by competition authorities, Coca-Cola Beverages South Africa (CCBSA) has increased its Broad-based Black Economic Empowerment (B-BBEE) ownership to a revised 20% target, with a significant worker ownership component.
“This updated agreement will result in employees increasing their current holding of around 5% in CCBSA to an approximate 15% shareholding in CCBSA,” said Velaphi Ratshefola, managing director of CCBSA. The 5% balance will be owned by outside investors.

In 2014, the Coca-Cola Company and SABMiller Plc reached an agreement with the majority shareholder of a company that bottled Coca-Cola's products to combine the bottling operations of their non-alcoholic beverages businesses in southern and east Africa, which led to the creation of CCBSA's parent company: Coca-Cola Beverages Africa.

The merger required the parties to increase black empowerment ownership of CCBSA, in line with South African policies to help reverse decades of economic exclusion of black people under apartheid.

CCBSA, together with the Department of Trade, Industry and Competition (the dtic) and the Competition Authorities announced the agreement on the updated CCBSA B-BBEE ownership condition on Friday. CCBSA also agreed to additional commitments that it says will positively impact employees, existing B-BBEE shareholders and South African localisation initiatives.

CCBSA will also be assisting government with the creation of a localisation platform, that sits at the heart of government’s economic recovery plan, by contributing R80m per year for three years to localisation initiatives that form part of the national efforts to rebuild the economy.

“We have also undertaken to collaborate with our sugar suppliers to increase the volume of sugarcane procured from Black farmers,” Ratshefola added.

“The commitment from CCBSA to increase the level of worker ownership in the company, deepen the level of transformation in the sugar value chain and support the broader localisation drive in the economy, are important steps in our efforts to create a more inclusive economy in South Africa,” said the dtic Minister Ebrahim Patel.

“It’s an example of what companies can do, and we look forward to others following their lead, as we drive an enhanced model of broad-based transformation, through worker empowerment, in our country,” said Patel.

Ratshefola added, “We want to thank Minister Patel, the dtic and the Competition Authorities for the constructive and positive engagement which has resulted in an effective solution, in a very challenging environment, that directly benefits both the employees of CCBSA and assists government with their important localisation initiatives, which is fully supported by the Coca-Cola system in South Africa. 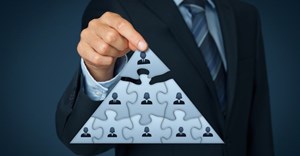 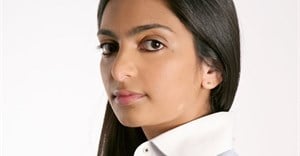