13 Jul 2020 | Email | Print |  PDF
South Africa's alcohol industry has expressed its disappointment with the government's decision to reinstate the ban on the sale and distribution of alcohol, effective immediately... Alcohol industry associations - including National Liquor Traders Council, South African Liquor Brandowners Association (SALBA), the Beer Association of South Africa (BASA), Vinpro, the Liquor Traders Association of South Africa (LTASA) and manufacturers – said in a joint statement that they've have engaged continuously with the government and especially the Department of Trade, Industry, and Competition (DTIC) over the past month regarding the efforts put in place to ensure compliance with regulations (limited trading days and hours) as well as adherence to the safety protocols in formal retail and taverns.

Despite these engagements, the industry was given no warning about the ban, nor an opportunity to consult with the National Coronavirus Command Centre (NCCC) before a decision was made, and no consideration was given to the immediate logistical difficulties it poses for both suppliers, distributors and retailers alike.

The industry says it complied with all the commitments agreed with government ahead of the reopening of the supply chain on 1 June to enable a safe environment for the sale of alcohol. Indeed, there have been no instances where taverns have not complied with the regulations.

"President Cyril Ramaphosa’s decision to reinstate the nationwide ban on the sales, dispensing, and distribution of alcohol with immediate effect is deeply troubling. The industry shares with the Government its concerns regarding the increase in Covid-19 infections and will continue to support efforts to curb this unprecedented health emergency.

"This includes prioritising lives and safeguarding livelihoods across the sector during this pandemic while ensuring that we adhere to safety, responsible trading, and the sensible consumption of alcohol. We will continue to offer unanimous support in placing its assets at the availability of Government in fighting this pandemic," the industry said.

The industry reiterated its commitment to partner with government to create "a social compact that drives behavioural change regarding the use and consumption of alcohol". The industry initiated contact with the government in this regard on 6 July and awaits a response.

"The liquor industry has a wide and deep value chain employing almost one million people across the country. The Government’s decision has serious economic consequences, placing hundreds of thousands of livelihoods at risk.

"The hardest hit will be the significant number of smaller retailers and taverners. The immediate enforcement of the ban will have other unintended consequences which include further job losses throughout the value chain," the associations said.

During the 9-week lockdown, the alcohol industry lost R18bn in revenue and R3.4bn in excise tax (Excise tax is lost from the growth in sale of illegal alcohol products which don’t pay taxes.)

The industry points out that as witnessed during the initial suspension of alcohol sales, further restricting legal trade will fuel the growth of the illicit market. It also creates security concerns for liquor outlets.

"The illicit market is outside the regulatory reach of government and operates mostly uncontrolled. For this restriction to be viable, it must be accompanied by considerably increased law enforcement in this part of the market," the statement said.

The industry said it recognises the need to balance the risk to lives with maintaining livelihoods. In addition to the economic consequences that threaten livelihoods, the contribution by the industry to the fiscus will be severely compromised, at a time when tax revenue is coming under increased pressure.

"While we acknowledge the urgency of the situation, it is crucial to understand the complexity of alcohol-related trauma so that we can sharpen our focus on the most effective interventions and also measure their impact against a shared understanding of the facts and the problems. This requires access to health and alcohol-related information in private and public sector hospitals and clinics which government has never shared with industry.

"We believe that a more useful approach would be targeting problematic drinking to manage and achieve long-term, lasting changes. The regulation imposed has a significant negative economic impact and could have been designed in a less damaging manner, but with the same alleviation of the impact on the healthcare system," the associations said.

"We reiterate our commitment to partner with the government to create a social compact that drives behavioural change regarding the use and consumption of alcohol though countering unacceptable and irresponsible consumption; intervention programmes and enforcement of policies to address gender-based violence (GBV) and effect behavioural change; firm interventions against drinking/driving and walking with renewed practical support for enforcement in collaboration with the Department of Transport and the RTMC (Road Traffic Management Corporation) and dealing with illicit trade and enforcement. In this way, we can work together to create a social compact that not only works to save lives but also preserve livelihoods," the statement concluded. 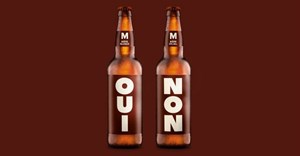 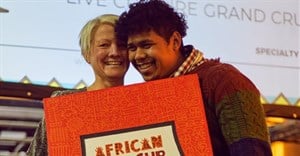 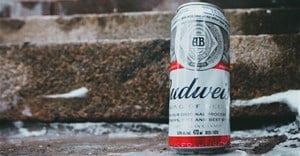 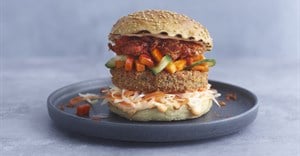