19 Aug 2008 | Email | Print |  PDF
By: Tiisetso Motsoeneng and Michael Hamlyn
Year-end results from several retailers this week will reflect tough trading conditions although there might be surprises on the upside, analysts say.

"Conditions are certainly tough, but the most pain is felt in the durable and semi-durable retailers. There's more pain there than in the food and grocery sector," said David Shapiro, an investment expert at Sasfin.

An I-Net Bridge consensus of six brokerage houses sees Woolies full headline earnings per share dropping to 113.4 cents for the year to June from 125.5 cents a year ago.

One analyst said that weak clothing sales, in line with its peers, as well as a higher discretionary for its grocery foods items than its peers would appear as the main drivers of the decline.

Woolies itself warned in the latest trading update that trading conditions have "deteriorated substantially" due to further decline in consumer spending as a result of additional interest rate hikes and rises in fuel and food prices.

Middle and upper income consumers - the heartland of the Woolies customer - "have felt the pinch of the current economic conditions", Woolies said its latest trading update.

For year to June, sales performance by the group's retail operations - clothing, food and Australian unit - rose 15.5% from 9.3%, with average inflation in food retail up 13.1% and in the clothing operations up 8.5%.

Woolies results are scheduled for release on Thursday. Next in line is credit-heavy clothing retailer, Truworths, which an I-Net Bridge consensus expects to deliver full year to June headline earnings rising to 281 cents per share from 242.5 cents per share a year ago.

Analysts said the Truworths, although better off than peer Foschini and Woolworths in the apparel business, could have lost market share from cash-based apparel retailers such as Mr Price.

In its latest trading update, Truworths said it expected its headline earnings per share to rise between 15% and 20% on last year's 242.5 cents per share. Sale performance is expected to show 16% growth to R5.5 billion. But comparable (same store) retail sales grew by only 8% and product inflation averaged 6%, while trading space increased by 9%.

Truworths' headline earnings per share is expected to rise by as much as 20% on last year's 242.5 cents, it said in a trading statement recently. According to Evan Walker of RMB, Truworths have outshone both Foschini and Woolworths in the apparel business, and both the latter have suffered from their exposure to the homeware market.

Truworths will release its results on Wednesday. Investors would also be watching how wholesale and retail chain group Massmart fared in the tough trading environment, but its recent trading update surprised on the upside.

"While Massmart may be down a little, their marketing skills have done the job for them, and the growth in builders ware will see them through," said Walker.

Massmart said last week that headline earnings per share for the year to June will rise by between 20% and 24%, implying a HEPS range of between 637.1 cents and 658.3 cents and, on all accounts, beating an I-Net Bridge consensus of 618.2 cents.

"This is a good result and implies an extremely strong second half," one analyst said.

Another analyst said Massmart, which owns Game stores, Builders Warehouse and Makro, might have been helped by robust growth in its wholesale and food business, which helped offset a decline in its general merchandise and do-it-yourself businesses. Massmart is reporting on Thursday.

Rob Forsyth, an analyst at Investec, suggested that the main interest in the final results from Woolworths, Truworths and Massmart would be in their expectations for the future, which he reckoned would be hard going for a time. He expected retailers to pick up again in 2010. 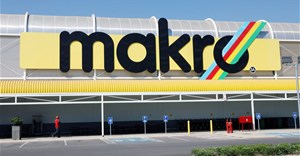 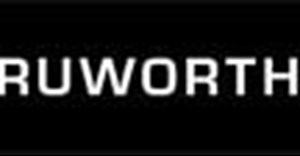 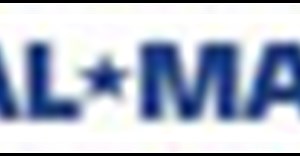 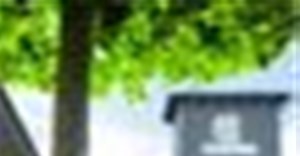