13 May 2014 | Email | Print |  PDF
Starting today, small businesses in South Africa can increase the impact of their Twitter marketing activities with self-serve advertising products, including Tweets and Accounts. The SME advertising platform, also launching today in Israel, is currently available in the US, Canada, UK, Ireland and Japan.

Twitter is live, public, conversational and widely distributed. The platform has more than 255 million active users worldwide and is used by brands to engage with existing customers and reach new audiences. South African companies, like frozen yoghurt brand @Wakaberry, with more than 26,000 followers and @skinnylaminx with 11,200 followers, are already using Twitter to listen to their customers and market themselves organically. 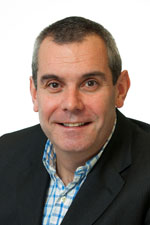 "Successful small business owners intuitively know how to build meaningful relationships with their customers," said Barry Collins**, Twitter Director of SMB EMEA. "They were the first to use Twitter to talk with consumers in real time, and their creativity demonstrated Twitter's potential as a marketing platform. Today, some of the most effective marketing campaigns we see come from small, local, or Internet-only businesses tapping into Twitter's ability to have conversations in context and on the go."

Uptake expected to be good

Speaking to Bizcommunity.com, shortly before the launch, Collins said they were confident that the uptake of the self-serve platform would be as good as it had been in the other four countries in which it has been launched. "South Africa has many similarities with those countries in the way that it uses Twitter and how SMEs use Twitter so we are expecting the platform to be well received." He says South African SMEs are comfortable on Twitter and good at utilising the platform or their businesses already.

"The self-serve platform will enhance their activities on Twitter. The beauty of the self-serve platform is that SMEs only pay when someone interacts with them or retweets their tweet. With this platform, SMEs can manage their advertising according to their budget and needs, but they are still getting the same product as a big brand or company. What we have effectively done is remove the many barriers SMEs encounter on other online platforms"

To assist SMEs webinars and case studies can be downloaded from business.twitter.com. While these are overseas case studies, as local SMEs take up the offering, local case studies will be added.

He also anticipates that the local Twitter handle for SMEs, @TwitterZA_SME, will increase in popularity with the launching of the product.

The Twitter self-serve platform is claimed to be easy to use, highly targeted and cost-effective - businesses only pay per engagement such as a retweet, reply, favourite or click - and there is no minimum spend. SMEs get the same functionality as big brands, and organic activity stays free.

*To help understand the value of Twitter for SMEs, global research firm Market Probe International surveyed 500 people over age 18, across several verticals in the US and UK, who currently follow SMBs on Twitter. Other results showed:

• 86% of respondents said they are more likely to visit an SME if a friend recommends them.
• One-third (34%) of respondents say they have interacted with an SME after seeing an ad that included the business's Twitter handle.
• People who see a Promoted Tweet from an SME that relates to their interests or needs are also more likely (32%) to visit that business.

**Barry Collins, Twitter director of SMB EMEA, joined in 2013 to work with Small Business across EMEA get the most of out the Twitter platform. He has extensive experience in the technology industry having previously held senior positions in Dell, Skype and Microsoft. He is @BarryCollins on Twitter. 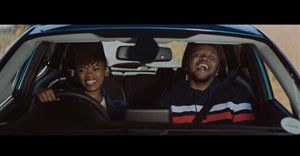 Which South African brands won on Twitter this year?21 Dec 2018 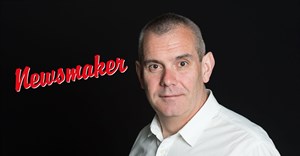