The courage of creativity

6 Dec 2021 | Email | Print |  PDF
By: Fareez Joulay
Does it take courage to be creative? And what does courageous creativity look like in the broader communications landscape?
The creative industry has exploded! Never before has it been easier to dabble in creativity and disseminate one’s work, courtesy of our increasingly sophisticated gadgets and the internet, the platforms that keep us all tied together. No longer does a campaign have to be shoehorned into a conventional 30-60 second television commercial. We now have endless avenues to develop and deliver a campaign. There are no more boundaries. To interpolate the Sony PlayStation 5 console slogan, play [creativity] has no limits.

In actuality, however, there are always constraints. Consider the famous Venn diagram of time, quality and cost. Our aim is always for the elusive bullseye, the sweet spot that lies at the centre of the diagram. Having to find an equilibrium, a state in which these opposing forces are balanced, is what really gets our creative juices flowing.

The challenge is that creativity is an art, not a science. It cannot be doctored, it must be organic. For example, in the filming of season two of the breakout Netflix original show, Blood & Water we were able to capture lightning in a bottle. During a quiet moment on set, we propositioned the talent to participate in the viral Dakiwe Challenge, and they agreed. After some impromptu choreography lessons, we recorded them doing the challenge, quickly prepared the content and posted it to Netflix’s social media channels.


What we did not foresee was that this would become one of the show’s most viral moments, amassing well over two million views on Instagram alone. Our audience had been thirsting for any and all information about the upcoming season, and the talent’s Dakiwe Challenge became the promotional teaser we didn’t know we needed.

Timing is key, effective creative teams are defined by their ability to recognise an opportunity and capitalise on it. This takes a blend of intuition, expediency and courage. On this point, few do it better than South African satirist, Lesego Tlhabi, or Coconut Kelz as she is more widely known.

To be courageous, one must also be well informed, rooted in an acute understanding of the client, its brand identity and the purpose of a campaign. Without these elements, it is easy for creativity to derail, become self-indulgent and ultimately fail to resonate with its intended audience. Our primary goal is to provide creative solutions to real-world problems faced by our clients or their consumers in a way that shifts mindsets from negative into positive, ensures a return on investment and, most importantly, without perpetuating any falsehoods.

Our secondary goal is to secure awards and earn recognition. As mentioned, the creative industry has exploded, there is an inexhaustible list of agencies all vying for work. In this highly competitive space, it is imperative that we distinguish ourselves from the competition. Having your creative work be the recipient of or be shortlisted for a PRISM, SABRE, or Loerie Award is a badge of honour, and tangible proof of competency and expertise. It also inspires us to further push the boundaries and foster trust, especially amongst prospective clients.

Trust is perhaps the most valuable currency within our industry. When briefed to develop a campaign, the creative team effectively becomes the custodian of that brand. Entrusted with enhancing it while mitigating potential risk. There are always risks, for example, a change to the country’s Covid-19 alert level may prohibit social gatherings, making that launch or activation event that’s been weeks in planning, obsolete. At other times, unforeseen incidents such as bereavement and social unrest redirect the national consciousness, shifting attention away from your courageous creative campaign.

This is the reality of our industry, there are always challenges to overcome. Being able to leverage the trust earned through previous endeavours is imperative. Helping to reassure the client that they are in capable hands throughout is important, especially during hardship.

So yes, it does take courage to be creative. It requires a firm grasp of the problem at hand, discernable goals, an environment in which creativity is allowed to thrive, rather than being compelled to work under duress, and so much more. The pursuit of creativity is an ever-evolving and never-ending one. But fortunately, we all harbour the creative spirit within ourselves, and often the only thing that's needed to bring it to life is simply having the courage of your own convictions.
NextOptions
›
Email Print PDF 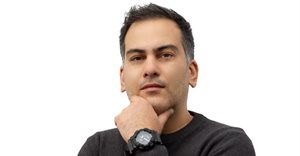 #Newsmaker: Fareez Joulay has been appointed as creative director at Eclipse Communications7 Jul 2021 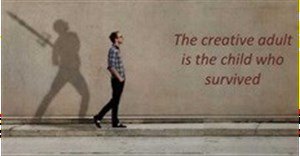