By: Juanita Pienaar
Quicket, a fully self-managed ticketing platform that allows anyone to create an online profile for an event and instantly start accepting payment for tickets in local currencies and payment methods, has been rapidly expanding its reach across the African continent. “We do this in a way that’s easy to set up, simple to use, and highly secure. Quicket is built for anyone with an event concept, whether it’s a book launch for 20 people or a festival for 20,000 people,” says James Tagg, one of the founders.

He, together with James Hedley and Mike Kennedy lead the business and are executing an aggressive growth strategy, both regionally and further afield.

We asked Tagg and Hedley to elaborate on the growth trajectory, especially throughout Africa, on what it is that sets them apart and on their future plans...

Your company has grown exponentially year-on-year since its launch in 2011. What do you accredit your success to?
Tagg: Quicket is naturally viral due to its self-service, low-friction approach to ticketing. We found that because the platform is easy to use, people using it to buy tickets often have an aha moment when they realise they can use it to sell tickets to their own events.

Furthermore, to cater for the myriad event niches and burgeoning numbers across the event spectrum, we have had to evolve the platform to be highly scalable and flexible enough for any type of event. Being developer-owned and with an in-house product team, we have learned and adapted along the way in order to build a robust and resilient system, which can respond to the needs of the market.

When we first started, we were very small, handling events like Renegade Bingo, and then we ended up doing the ticketing for AfrikaBurn in our first few months. It was a complete trial by fire (excuse the pun), but we learnt a lot from it. And that was the first of many events that taught us things. We’ve been through tremendous trials and we’ve had to make quick and effective changes along the way, which has ultimately made us stronger.

What sets the company apart from its competitors?
Tagg: When Quicket was started, there was no way for the smaller event organisers to easily promote their events and sell their tickets. We identified a need for a ticketing company that caters to the diverse events market that South Africa (and the rest of Africa) have been needing, and we’ve done all we can to evolve within that gap.

Our offering is unique in that it is customised. I doesn’t matter if you have an event of 10 people or tens of thousands of people. So, you can run ticketing properly, professionally and with minimal admin, whether you’re organising a book club, school fete or outdoor sporting event. By doing this, we believe we have enabled thousands of events to emerge and blossom.

Hedley: We’re the only truly self-managed ticketing platform in South Africa, and largely Africa. We can serve thousands of event organisers, regardless of size, because our system is tailored to their needs. We offer complete control to the event organiser - they can set up the event themselves in minutes and make any changes as and when they need to. All of this means we cater to a wide customer base. At any one time we run 2700 concurrent events on the site.

Expanding into Africa became a massive focus for you around 2017. What are some of the drawcards in this market?
Hedley: Africa really is on a technological cusp. It is developing at an incredible rate and very few companies are actually investing in this development. In Uganda, for example, the economy is growing rapidly and there’s a high proportion of younger people about to enter the job market and become potential Quicket clients.

That being said, there are many challenges to expanding into this market. The payment infrastructure tends to be very new and undeveloped and people are still unfamiliar with purchasing a digital asset like a ticket. In Uganda, about 90% of the tickets we sell are still physical tickets that get dropped off on motorbikes to shops, because that’s what works.

But it’s a very interesting market, particularly East Africa, because everything is there that is needed for digital ticketing. So, Mobile Money is extremely prevalent, particularly in Kenya and Uganda. Everyone has cellphones and people are used to using their cellphones to pay for things. So, it’s really about pulling it all together and getting people used to buying tickets online and redeeming them at events.

When we expand into a new country, we have to learn and we have to build the technology and systems that are appropriate. And then the other part of it is educating people and creating awareness about the concept. In Africa, a lot of people still don’t trust the digital concept as we do in South Africa; they want something they can hold in their hands.

So we’ve inadvertently become pioneers in many ways. It’s really about trying to innovate and trying to come up with creative solutions.

Where else on the continent have you set your sights in the short and long term?
Hedley: Our primary focus is East Africa: Kenya, Uganda, Tanzania and Rwanda. Also Ethiopia and Ghana.

We’re also opening in Zambia, and Nigeria is also in the pipeline.

We want to open in as many countries as we feasibly can this year, where the infrastructure exists for us to operate Quicket.

Africa is rapidly diversifying from its traditional strengths in mining, oil and agriculture into the technology and creative industries that are reshaping humanity's future. What sort of potential do you see for growth in Africa?
Tagg: Africa is so fascinating because in some areas the technological leaps are immense, while in others there isn’t even a reliable cellphone network. So, there is definitely still room for growth and it is clear that Africa has the potential.

From personal experience, we’ve seen incredible growth. In Uganda, for example, we’ve tracked a 1,600% increase in sales over the course of a year.

Moving forward, what are some of the plans in the pipeline for Quicket?
Hedley: It’s our goal to become the first pan-African ticketing company. We’ve found that most ticketing companies are doing single countries in isolation, and there is scope for a company that can cater to the needs of the whole continent. We will continue expanding into Africa and building on what we’ve learned.

How messenger bots will change the way we play

Tagg: We also have very exciting tech developments lined up. For example, we’re partnering with Facebook to use Messenger bots; we’re working with airtime vendor networks to sell tickets from the kiosks that sell airtime; and we’re rolling out iOS and Android mobile Quicket kiosks that allow anyone to sell tickets face-to-face in any currency and any payment method across the continent, whether it be mobile money, mPesa, SnapScan, cash or credit cards. By providing the broadest spectrum of payment mechanisms and ticket delivery options (USSD, SMS, email, physical distribution and so on), we are creating the first truly democratic pan-African ticketing platform.

Juanita is the editor of the marketing & media portal on the Bizcommunity website. She is also a contributing writer.
Read more: Mpesa, Quicket, SnapScan, James Hedley, James Tagg 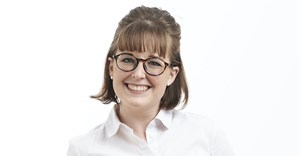 eatbigfishSix Challengers who made things happen in 2020 - against the odds!8 Dec 2020 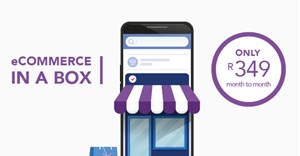 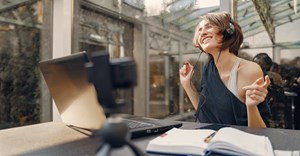 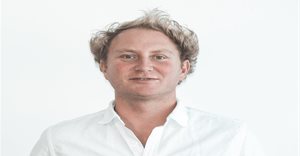 Get into Africa to seize opportunity2 Jul 2019 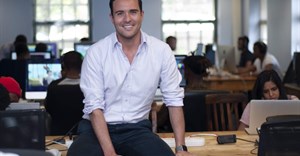 How South African businesses are making it in Africa18 Jun 2019 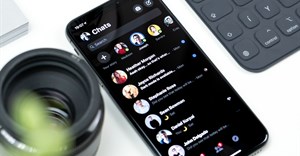 How messenger bots will change the way we play28 May 2019 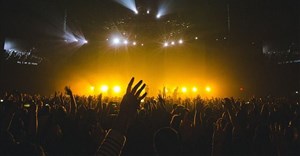