#DesignIndaba2019: Together, we can change systems

By: Louise Marsland
Designers need to work together to solve crises in the world. This is the message from one of the first speakers at Design Indaba 2019 in Cape Town, 27 February to 1 March, Nicole Nomsa Moyo. The Zimbabwean-born, South African-raised, Moyo presented her Masters thesis project, Ukubutha (which means ‘to gather’), which she completed for the Carleton University, Azrieli School of Architecture and Urbanism, with distinction. Her work has been internationally recognised and lauded for its socially driven architecture solutions.

Her Masters thesis was described as “a formative community based, waste-to-energy design with socially driven architecture, that aims to collectively empower and solve the underlying needs of access to adequate sanitation, a safe source of water and onsite production of energy in South African townships”.

In 2016, she received an award of Honorable Mention for The Community Planning & Design Initiative Africa (CPDI Africa), an international architecture competition. To date, the design has been featured at various exhibitions and has been published in the Atlanta Intersectional Social Science Journal. In 2011, she worked internationally on a historical survey of traditional domestic architecture in Trinidad and Tobago. The project was later published in the New York Times. The same year, the Mayor of Ottawa, Jim Watson, presented her team with “The People's Choice Award,” for the Sustainable Urban Design Charette based in Canada’s capital city.

Her project, Ukubutha, which is what her Masters thesis was based on, was a project that began with a crisis, Moyo told the Design Indaba audience. Out of the more than 7.5 billion people that live on this planet, one billion live in slums all over the world and more people have access to a mobile phone than a flushing toilet, which Moyo found unconscionable.

A slum is defined as a place with inadequate access to housing, sanitation, clean water, a “metropolitan ghetto” and an area considered poverty-stricken and unsafe to live in. For her project to work, Moyo scaled it down to South Africa.

She spoke about how Apartheid fostered the inequalities we see today; how Apartheid urban planning separated people, segregating them unnaturally; and only provided one section of the population with adequate services.

“Today people still live in this reality,” Moyo added. For her project, she chose the symbol of the toilet, as it is a powerful indicator of inequality today in urban slums. In a site, home to 2000 people, just outside of Mamelodi, she found one pit latrine serving eight families, in an area on the edge of the site, with no lighting – and they were only cleaned twice a week, which she found appalling.

What was interesting, was that some people had started building their own toilets in their backyards, innovating beyond what was offered to them.

“Our cities are growing at an alarming rate. As designers we need to design for our communities when trying to deal with a crisis. My project, Ukubutha (to gather), is the opposite of Apartheid (separation).

“I brought a lot of elements together. As a proud Ndebele girl, I needed to expose elements of myself in this project.”

She went back into history and looked at how her ancestors constructed things, planned their villages, planned for community. “The most important part of my project was how will I construct. I thought of Ikea and how they give us step-by-step instructions on how to build. Everything had to work as a system.”

In redesigning a new plan for sanitation, a basic human necessity, she asked questions like how to convert the energy, what she could extract from the environment, what did she need to bring in? She conceptualised a community hub for sanitation, with toilets where the waste was extracted into a fertiliser plant which fed a community garden; and where the methane gas released, creating energy that could be collected on site.

She reimagined self-sufficient townships, filled with energy and innovation, hubs where people could walk with pride.

“This is a global crisis, it is not just a South African problem. So many people in the world are living below the poverty standard. We can change this reality.

“We are here [at Design Indaba] as thinkers and innovators to disrupt a system that people don’t really seem to care about. Ukubutha. Repeat it. Ukubutha,” Moyo concluded. 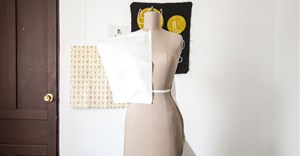 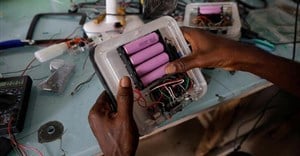 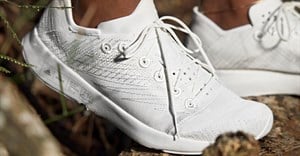 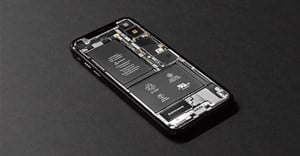