By: Louise Marsland
The Design Indaba stage was a cathartic moment for the first speaker of day one, Zimbabwean-born filmmaker, Sunu Gonera, who told Bizcommunity.com that it was a "coming of age moment" for him to tell his own story to his peers and have it well received. “I finally broke my chains, self-imposed, and that others put on me. It was cathartic. This was a coming of age moment,” he recounted after his opening talk, where he brought along his friend Khuli Chana and the star of his Absolut brand films, to bring the house down.

Described as a trailblazer, storyteller, filmmaker and Afrofuturist, Gonera spoke about his personal journey to bring African stories to the world and how he discovered his voice in the process, becoming the globally recognised film and commercials director he is today.

Growing up in a dusty Zimbabwean township at the height of the civil war in that country in the 1970s, he pretended tracer bullets in the sky were fireworks. His imagination and movies were an escapism that offered him another future.

And he grabbed that future with both hands after a short stint as a banker, blazing onto the Hollywood scene in 2006. He launched his own film company, Shekinah Tribe, with great hope in 2012. But he described how his Hollywood dream turned to ashes and he was back in Africa, living in one room with his wife and two daughters in 2013.

My story matters. This is a guy who grew up with a big dream.

In recounting his journey to discover how to present Afrofuturism, the topic he was asked to speak on at the iconic conference today, Gonera told how his personal journey helped him accept who he was. (Watch VIDEO)

“I love making films. I love telling stories. As a child in Zim, the war was going on. It was a violent time, a joyful time. I escaped through stories.”

He remembers growing up and praying and dreaming that he would wake up white because the kids would grab his hair and say ‘clock springs’.

“My story matters. This is a guy who grew up with a big dream. We moved to Los Angeles in 2005. I did a film called Pride with Terence Howard. I was the hot guy from Africa. Then the strike happened and something else happened, and the next thing you are searching for coins to pay for gas to take a meeting with Idris Alba.

“The word Shekinah talks of the glory, the light. I wanted to take the light of Africa to the world. But, I lost everything. Life is so fleeting. I got my first job back in South Africa doing commercials and built up my work again. Then I found my voice.”

Gonera realised that his lens had to change.

“What a movie like Black Panther has done is normalised Africa, you can’t tell me there is only one side to Africa, with kids with flies around their noses and Oxfam begging for money, but we do need to show our children other imagery of them as kings and queens and what that felt like and looked like. We want to show your granny as a hero, a queen; your uncle as a hero that rules another world.

“Embrace Africa with all its brokenness and you can be creative out of that. Africa is not a jungle. It is a continent of intelligent, progressive, smart, but also innovative people. Africans are innovative because we use what we find. Our voice matters. We love hard because of our proximity to death in Africa.

“For me, I think carpe diem, this is our moment. Tell your story, exactly the way you want to do it. Don’t be afraid to show where you come from, a shack or a mansion. Show it without apology.”

For him, Afrofuturism is about changing the imagery out there that reflects Africa. The brave and award-winning work that he and the Native VML team did with the brand Absolut, achieved accolades at Cannes Lions last year.

“We want to change the imagery out there. I jumped on a journey with the Native VML team and Khuli Chana. We did this pan-African thing. We wanted to find something fresh. #BeAbsolut was it. Africa ain’t no jungle. In advertising, it’s all these words… aspirational… It’s all BS. You go into a township and people wanna clean it up. This is where we live. I thought I found my voice. I didn’t need to be anything else.”

His One Source music video with Khuli Chana for Absolut won Gold, two Silvers and a Bronze at Cannes Lions and was the most awarded campaign at The Bookmarks this year.

It made sense to him to make ordinary people heroic, as the latest Africa on Fire series for Absolut reflects.

“I’ve dreamt of seeing work like this,” he said of his Absolut videos and the recent move release, Black Panther, which he described as a game changer in the industry.

In searching for definitions for Afrofuturism, he quoted his wife, daughter, colleagues and collaborators:

“Tell the truth of Africa’s past, Africa’s pre-colonised state, Africa as it would have been and could be without the rape and pillage it has endured.” – David Oyelowo

“It’s a body of work that connects black people both in the continent and in the Diaspora with one voice.” – Osborne Macharial, photographer.

“For me, it’s about Africa reclaiming its place at the cutting edge of civilisation. Much like it was in ancient times. It’s a kind of back to the future movement for the continent.” – Tseliso Rangaka, ECD Ogilvy Cape Town.

Gonera’s take on Afrofuturism is about putting yourself into everything you do: “Bringing in your unique and specific voice to define and redefine how we as Africans see ourselves and how the world has presented us in arts, culture and entertainment. Business. Education. Religion. Media. Politics/Government. Family. It is boldly moving forward without shame of where you came from or of being African, no matter what your sphere of influence or area of expertise.

“If I hadn’t lost everything and come back to Africa, I would have been thinking very differently when I recently walked into Hollywood, to direct an episode of Snowfall. I wouldn’t be there to bring something from Africa.”

Telling African stories is how he is taking Africa to the world. “I’m standing in front of you as this kid who had this dream,” Gonera said, urging people not to crush the dreams of kids like him. 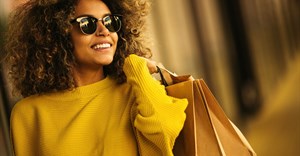