17 Sep 2020 | Email | Print |  PDF
According to the United Nations, South Africa's rural population, currently at just over 33%, will decline to 20% of the total population by 2050. While this seems like a step in the right direction, says FoodForward SA MD Andy du Plessis, even more people moving to already saturated urban areas with limited job opportunities will have a negative impact on vulnerable rural communities too.
“If 13% of South Africa’s rural population will be moving to urban centres in the next 30 years, rural communities will experience a decline in infrastructure development. The most vulnerable who stay behind will suffer the most. Money and businesses follow people,” says du Plessis.

Access to food in rural areas will be severely hampered, which makes FoodForward SA’s Mobile Rural Depot Programme even more critical in helping address hunger in vulnerable communities. “It is globally acknowledged that foodbanking is mostly an urban solution to addressing hunger, given where the role players within the food supply chain are concentrated. This results in inequitable access to food for those living in rural communities,” says Du Plessis.

In response to this problem, FoodForward SA, with seed funding from the Global Foodbanking Network, launched its MRD programme in July 2019 to address food insecurity in vulnerable rural communities where, according to Du Plessis, food insecurity affects one in three people. “With our MRD programme, our trucks undertake monthly trips from our warehouses to a central rural location or depot which is usually located on the premises of one of the more established beneficiary organisations,” says Du Plessis. The beneficiary organisations (BOs), which have previously been vetted by FoodForward SA, collect their monthly food allocations from this central depot.

Food allocations comprise a combination of non-perishable grocery items and fresh produce. Where possible, once the food has been distributed at the MRD, FoodForward SA’s trucks proceed to the farmers in the surrounding area to collect agricultural surplus produce. These are then taken back to their warehouse in the area for sorting and distribution.

“Since launching our MRD programme, we’ve been able to provide food support even more cost-effectively. It doesn’t require us to set up costly physical infrastructure,” says Du Plessis. “We’re also very thankful for Engen South Africa’s donation of R1m to help cover our fuel expenses to these remote areas.”

FoodForward SA’s foodbanking model historically required BOs to come to their warehouse to collect food because their trucks were out collecting food from their supply chain partners. This transport cost was a major prohibitive factor for BOs hoping to join FoodForward SA’s beneficiary network because of the distances they would need to travel each month as well as hire large vehicles to transport the food.

“What we have found to be very encouraging is that within six months, wherever we set up an MRD, the number of BOs we assist doubles. This drastically increases the number of people living in rural areas who access food,” says Du Plessis.

FoodForward SA’s MRD in Worcester was the first to launch and served five beneficiary organisations when it started in 2019. In just over a year, it has grown to support 20 organisations that focus on social and community development and which benefit over 4000 vulnerable people.

Rudolph Roscher, a Worcester resident, has been instrumental in this growth. Not only has he been providing a collection point where all BOs collect their food each month, but he also facilitates the registration process of trustworthy and vetted beneficiary organisations and also introduces farmers from his area to FoodForward SA. With the support of his church, he has also paid the membership fees of three beneficiary organisations.

FoodForward SA launched its ninth MRD on Tuesday, 15 September. This latest addition is the third MRD in KwaZulu-Natal and will initially serve 1,651 vulnerable people through a network of seven beneficiary organisations located in Mtubatuba, Kwangwanase, Thokoza and Nongoma in the north of the province. KwaZulu-Natal, according to Statistics South Africa, is the province with the highest number of rural areas in South Africa. 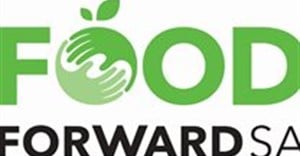 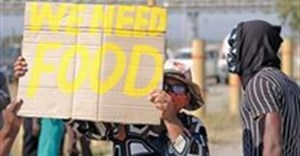 #BizTrends2022: Marginalised, desperate and angry: The poor are now beyond breaking point5 Jan 2022 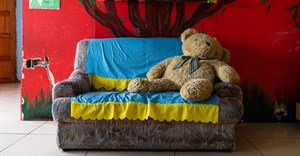