20 Sep 2018 | Email | Print |  PDF
D&AD launches its 56th Annual, a collection of the best in creative work across the design and advertising industry, which marks the end of Steve Vranakis' run as D&AD president.
This year Vranakis chose Magpie Studio as its designer; a longstanding part of the D&AD network and recipient of multiple prestigious accolades including three Pencil awards this year.

The D&AD Annual has become a benchmark for the best in creative work across the design and advertising industry – showcasing all D&AD Pencil winners from that year’s awards. For the 2018 Annual, however, D&AD and Steve Vranakis wanted to not just celebrate Pencil-worthy work from the industry, but to also create something that would stimulate and inspire young creative talent.

The typeface 'Timmons NY’ is used throughout both books in order to give the titling impact in a modern and utilitarian way. Those who purchase an Annual this year are encouraged to pass the Manual on to up and coming creatives – to support their rise through the industry.


In his final act as president, Vranakis tasked designers Magpie Studio with reflecting both the rich heritage of D&AD and its mission, as an educational organisation, to safeguard and promote creative skills for the future.

Vital way to spread the word of creativity

Ben Christie, creative partner at Magpie Studio, says: “Steve came to us with the idea of creating a separate Manual that would act as a creative handbook to help young aspiring creatives. We loved the concept. From then it was a case of expanding on the idea and thinking of the best ways to realise this, both in terms of format and style.”

Christie says that ever since college, the Annual has been a hallowed source of inspiration for him. “Whilst other awards schemes come and go, D&AD has always been the best of the best. Year on year it’s by far the greatest collection of creative work in the industry. It’s a vital way to spread the word of creativity and hopefully, the Manual will help take that reach wider.”

Vranakis says: “There have been so many beautiful and interesting Annual designs over the years that I thought this year we use the book to give a bit more back to people just starting out. So, when we first approached Magpie, they instantly gravitated to the idea, understanding its potential and really subscribing to the ethos of making the Annual much more accessible to everyone. They spent countless hours coming up with different designs to ensure that the Manual was an integral piece of the Annual as a whole and not just some insert you'd get as a promotion.

Recognising people for their raw ability

He continues and says, “My mission for my year as D&AD president was all about recognising people for their raw ability and not about who they are or where they come from. My personal background meant that I had to learn about the creative industries on my own without mentors or contacts, without schooling and accidentally getting into the industry, something we hear all too often."

Vranakis says one of his predecessors, Andy Sandoz, was actually the first to introduce the idea of the D&AD Annual acting as a 'manual’ for creativity. "I thought what better way to deliver against my manifesto of opening up the creative industry to more people especially those coming from diverse and disadvantaged backgrounds than to revive this.”

The Annual is available from 20th September 2018 at www.dandad.org.

For the fifth year running, D&AD’s partners at Hogarth have provided the retouching, colour management and general reprographics for the Book. 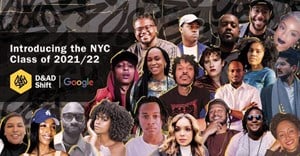 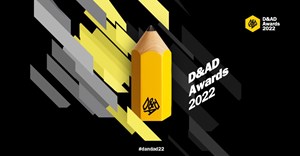 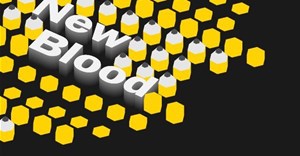