By: Dave Nemeth
In this fast-paced, technologically driven world, contrasting trends are emerging which either embrace or provide reprieve from hi-tech developments. Visionary trend forecaster Dave Nemeth has partnered with Hansgrohe to identify the top five deco themes for 2017.

This trend is dark in nature and refers more to the dark colours of youth sub culture rather than the traditional Gothic styled architecture of the 12th Century. While the key colours of this theme are dark tones, shades of grey, even flat black, it also features opulent materials such as copper and brass combined with high grained timber. “Whilst lighting is very important to make these colour schemes work, appliance manufacturers are bringing out their products in black metal finishes,” says Nemeth, “We also find forward-thinking manufacturers producing customised sanitary ware, taps and mixers in colours such as matte and gloss black to suit individual needs and requirements.”

The celebration of earthy and ethnic tones is very relevant to Africa, exploiting concrete wood and metal while coloured glass in smoky hues is used in decorative elements. Bathrooms feature timber counter tops and shelving with matte metallic taps and fixtures. “We have a unique design style evolving in South Africa, which is now sought after and even replicated worldwide,” says Nemeth, “This style of design relies heavily on texture as well as the layering of elements and is expressed through colour.”

The essence of simplicity and minimalism which is masculine in nature, yet devoid of unnecessary ornamentation. The trend relies on carefully placed detailing which is precise, but not ostentatious - refined timber surfaces are key and replace the rough reclaimed timber surfaces popularised over the past few years.

“An important feature of this design direction is a truth to materials which continues from previous directions we have seen in recent years in the industrial trend,” explains Nemeth, “This execution is now more refined than its industrial counterpart, making it less rough and giving it a polished aesthetic.”

Light tones and specifically those of shades of white on white are the order of the day with accents of natural timber giving a unique and fresh identity to this style. In some cases other materials are incorporated into this theme such as concrete and the ever popular copper and brass metallic. “As with everything, there is often a complete reaction to a design direction and a complete opposite to ‘Future Gothic’ is found in the theme Easy Living,” says Nemeth.

This is an exploration of combining the outside spaces with internal spaces - plants form the basis of this theme, whereby interior spaces are reimagined with large atriums for plants as well as ‘living walls’. Kitchen design is another area where the space is being reimagined to incorporate the growth and cultivation of fresh herbs. “The heart of this trend is a careful collaboration of building and nature where even in very small abodes the courtyard becomes an integral part of the living space rather than a separate area,” explains Nemeth.

“In terms of future-gazing, I think it is safe to say from our extensive research that there is no industry that will not see some form of innovation that will create an amount of disruption,” says Nemeth. According to Nemeth the IoT - Internet of things - will play a big part in this as everyday objects will start to be able to communicate with us, the focus in business will have to revolve around personalised service, and the age of ‘physital’ will combine digital and physical to create seamless cohesion.


Source: Dave Nemeth collaborated with Hansgrohe on this trends project.

A leading blue chip international company recently identified Dave as one of the top creative influencers in the country. Dave Nemeth is a qualified designer who has held a variety of senior as well as executive positions with some of the countries leading retail groups, spanning a career of twenty years. Email Dave at az.oc.enilnodlrow@nevad, follow @davenemeth on Twitter and connect on Facebook.
Read more: Dave Nemeth, #BizTrends2017, decor trends #MobileCommerce: Step into the future with mobile4 Jul 2018 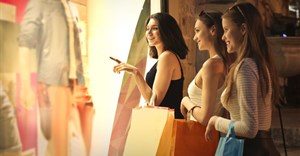 #BizTrends2018: The call for authentic, experiential retail design8 Jan 2018
More related
Republication of selected Bizcommunity content for non-commercial purposes is allowed if the original article is linked to with "Source: www.bizcommunity.com". Please click here for more information and to request permission.
Let's do Biz