20 Apr 2020 | Email | Print |  PDF
Internet activity has spiked across the country during the lockdown and we should be careful in the type of content we consume. Internet connections are really important to endure lockdown since they help us to shorten distances and allow us to work and study from home. But, if we are all connected at the same time, will the internet collapse?

The increase in data traffic in South Africa is estimated to be 15% and it is expected to continue on the increase, according to Seacom. Although this is a significant increase, the network was prepared to handle it, said experts.

The decision to work and study remotely made by many companies and schools means a great increase in online video streaming and other collaboration services. The rise in the use of streaming video platforms, such as Netflix, was 20% in South Africa since the start of lockdown.

In China, the country where coronavirus spread began, due to the closure of schools and some companies buildings, the use of platforms and apps that are most used both for working and taking classes remotely increased significantly. According to SensorTower, the teleworking apps that registered the highest download number are Alibaba, DingTalk and Tencent Meeting.

In terms of broadband speed, South Africa is among the top 100 countries, ranking 76, according to Internet World Stats, the percentage of internet usage in South Africa is 55%.

So, are our networks prepared to handle it if we are all connected at the same time? The answer is yes.

According to Christian Rennella, CEO of QuotesAdvisor.com, “every internet infrastructure is capable of supporting a slight increase in traffic. But some backend functions, online tools or regular websites, may experience problems if they haven´t anticipated the increase in traffic at the right time.”

Something that happened in 2019 to the online platform HBO, when the last season of Game of Thrones was released, was that many fans could not watch the series at the same time of the premiere since there were so many users connected to the platform that the website collapsed and did not allow the series to be streamed.

Another recent and similar event was the launch of the new version of the video game Call of Duty: Warzone, a series of first-person shooting video games. The website collapsed due to the high demand for the game, causing download delays.

In South Africa, mobile internet speed was affected by demand and traffic since the beginning of lockdown. According to the website Speedtest, the highest speed peak so far in 2020 was on 2 March 2020, followed by a downward trajectory in the following weeks. Regarding the average download speed for broadband, it seemed to have reached an upward trend in January and February, but it was followed by a decrease during the following weeks up to the present.

The South African Government sent directives to the Independent Communications Authority of SA (ICASA) to issue a new spectrum to telecommunication operators in order to temporarily expand the network for the sake of alleviating traffic and avoid network congestion during the lockdown period.

We know, then, that internet is not going to collapse. However, the internet is not infinite, thus we must use it responsibly. We are warned not only that some platforms may have problems if they do not have the necessary resources required for an increase in user traffic but also that many people connected to the same home network can slow down traffic and ruin our online tasks.

To avoid this type of inconveniences, the Ofcom recommends making responsible use of the internet during the lockdown. It proposes the following recommendations: 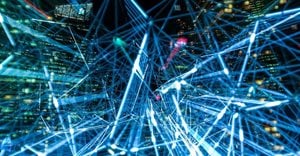 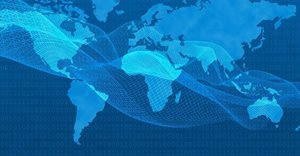 How much fibre speed do you really need?4 Sep 2018 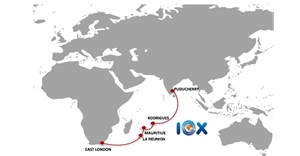 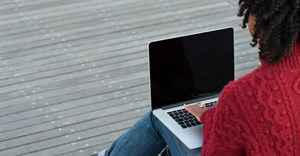