12 Nov 2015 | Email | Print |  PDF
The township of Alexandra, next to Sandton, is set to elevate itself closer to "the richest square mile in Africa" with the commencement of construction of its own fully enclosed regional mall.
Work on the much-anticipated 'Alex Mall' - situated on the N3/London Road interchange within Alexandra Township - officially commenced in October with the demolition and removal of existing structures on site and bulk earthworks underway since the beginning of November.

Located adjacent to the N3 in Alexandra, overlooking the township and the Sandton skyline, the first phase of the mall will provide over 30,000m² of First World retail experience for the densely populated surrounding community.

The mall was an initiative by the Greater Alexandra Chamber of Commerce (GALXCOC), which brought in McCormick Property Development (MPD) and Valumax to assist in developing the mall. GALXCOC remains a shareholder in the development and continues to play a vital role in its roll out.

The Mall includes five entrances, extensive taxi rank facilities and ample parking, two floodlit mini-soccer courts surrounding a 250-seater feature restaurant, plus a children's play area within the food court to provide entertainment for both the children and parents of the community alike.

With almost 100 stores already being over 85% let to some of the largest retail names on the African continent, Alex Mall promises to bring a mix of choice and convenience previously only available within the more affluent suburbs visible on the distant horizon.

The mall is triple-anchored by Shoprite, Pick n Pay and a Roots 'Super Butchery', plus a large Liquor City providing a veritable array of grocery options directly to the almost 180,000 residents of Alexandra.

An impressive mix of the who's who of the fashion trade have already signed up for space in the mall and guarantee the youthful and hip residents of Alexandra a complete, comparative shopping experience. Confirmed fashion tenants include Truworths, Mr Price, Foschini, Totalsports, Sportscene, Edgars Active, Jet, Pep, Ackermans, Studio 88, Legit, Webbers, Rage, Beaver Canoe, Power Fashion, Fashion World, Tekkie Town, Shoe City, and Shoe Zone, amongst others.

With a large focus on leisure and entertainment, the mall features a large food court replete with the same level of choice for the hungry as the fashionistas will enjoy. Signed food tenants include Chicken Licken, Steers, Debonairs, Fish & Chip Co, Chesa Nyama, Hungry Lion, a KFC Drive Thru and 'The Establishment' feature restaurant.

Crucially, the mall will deliver a new level of leisure experience that will benchmark McCormick's vision of creating a more healthy and vibrant social fabric within the townships of South Africa. MPD's MD, Jason Mccormick noted: "With the increasing rates of unemployment within the youths of South Africa and concomitant rise of social ills, such as Nyope addiction and crime amongst the youths, we are actively seeking to create social platforms to get kids off the streets and into healthy routines. Having personally benefitted hugely from organised team sports in my own youth, I truly believe that getting kids off the streets and into formalised sporting structures will go a long way in not only repairing some of the social ills that are poisoning our communities, but may also help to unearth the next generation of sporting heroes who would otherwise go unnoticed due to the lack of adequate sporting facilities in these areas."

The Alex Mall development will also benchmark some of McCormick's drives towards environmental sustainability, with an extensive rainwater and grey-water harvesting system being installed. Provisions are also being made for extensive rooftop solar (photo-voltaic) plants to provide up to 30% of the mall's power.

Furthermore, the developers are working closely with a local community cooperative to assist with the growing and maturing of all the indigenous plants, shrubs and trees to be used in the landscaping of the mall. The community is being provided with the necessary tools and equipment to plant and grow all the landscaping elements required for the completed mall, right at the beginning of the 16 month construction period and will be further employed to attend to the planting of these landscaping elements prior to the opening.

"The inclusion of the local community in all elements of the development, from construction work through to the growing of the plants and the job opportunities during the operational phase of the development outlines our continued focus on 'Local Economic Empowerment', which has formed a cornerstone of our company since its inception. This policy plays a huge role in the recycling of money within these micro-economies, reducing capital outflows and creating huge economic spin-offs for the communities in which we develop," noted McCormick.

Alex Mall will deliver a retail experience not yet seen in Alex and will provide a welcome solution not only to the needs of the Alexandra residents, but also a renewed sense of pride in a community celebrating 100 years in existence. This project was highlighted by the Mayor as a 'Mayoral Priority Project' during the State of the City Address of 2012 and the evolution of the development since then promises to more than deliver on what was originally envisaged at that time.

MPD has been a market-leading pioneer in the development of retail within emerging markets for 33 years. With Alex Mall set to be its 61st successfully completed development in Africa, the development of the mall is set to cement this position even further. McCormick notes that the site has long been identified as prime retail opportunity and believes it will provide a welcome solution to the needs of the Alexandra community and surrounds, whilst pushing the boundaries for what can be achieved in township development when willing capital, relentless energy and social altruism are combined for the greater good. 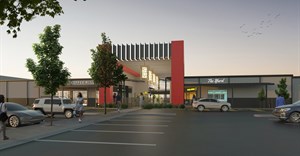 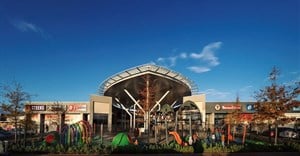 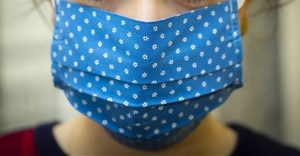