8 Oct 2012 | Email | Print |  PDF
The team that features some of SA's funniest stand-up comedians is going for Gold at the 2012 Olympics of Funny with their "Rings of Fire" Tour, which will run in Joburg, Cape Town and Durban, beginning 11 October and ending on 11 November, 2012. 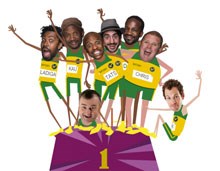 With a burning desire and a nation's support behind them, the Bafunny team will carry the torch to the starting point of their nationwide tour in Joburg first from 11 to 14 October at the Teatro at Montecasino before conquering Cape Town from 2 to 4 November at Artscape and finally flying the flag high in Durban on 10 and 11 November at the Durban ICC. 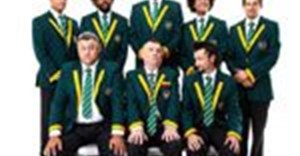