The furniture company said yesterday the deal had fallen through as the empowerment investors were not able to raise equity funding on suitable terms because of “volatile conditions in global equity markets”. Steinhoff had raised the debt-funding package, but access to the debt was conditional on the investors raising their share.

Steinhoff would now seek to implement an alternative deal at Steinhoff International level. The proposed investors will include Steinhoff staff members and community-based and empowerment groups in SA.

Chris Gilmour, an analyst at Absa Asset Management Private Clients, said a stake at international level was likely to be smaller in percentage terms than the 20% that was to be sold at the Steinhoff Africa level. He said the stake could be about 10% of the company.

The empowerment partners might have a smaller stake, with exposure to assets that were not relevant, such as Steinhoff's Polish operations, he said.

Steinhoff said the new ownership structure would “result in significant black ownership being allocated to the relevant South African operating subsidiaries in terms of the broad-based black economic empowerment codes of good practice”.

The group indicated it might, subject to shareholders' approval, use some of the shares it buys back occasionally to facilitate the empowerment deal. Additional shares repurchased would be held in treasury for when the 2006 R1,5bn bond, acquired to fund PG Bison's Ugie plant, matures in 2013.

Steinhoff said it would launch another R1,5bn bond to mature in 2015.

In December, the company said it would sell about 20% of its local assets, which included its raw material holdings, PG Bison and Unitrans, to an empowerment group for about R1,8bn.

The deal was expected to have been finalised by February, but in March the company said it had been delayed due to “the current weakened financial markets and macro-economic conditions worldwide”. The deal was to continue, but at a more “measured pace”.

Steinhoff excluded non-cash-generative assets such as its forest holdings and property. Between 20% and 24% of a special purpose vehicle that would house the assets would be sold to black empowerment partners, which would include a staff ownership scheme.

CEO Markus Jooste said last year the empowerment partners would invest between R400m and R500m, while the balance would be funded through debt Steinhoff would secure.

The deal, which was to be concluded at market value, was expected to generate R1,8bn that would be used to buy back shares.

The transaction was intended to be broad, and was expected to result in a stake being held by black staff, business partners, investors and community members.

The empowerment partner, which was not named, was to be selected from entities with which the group had a relationship. 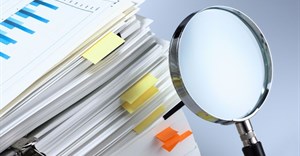