Ten trends to watch in packaged goods in 2008

Probiotics are finally hitting the mainstream, courtesy of launches like Dannon's Activia yogurt that achieved more than $150 million in first year sales in the USA. However, probiotics aren't limited to yogurt. In 2007, they moved into cheese with Kraft LiveActive Cheese (new in the USA and Canada) as well as other dairy products and there are indications that chocolate might be next. Chocolate supplier Barry Callebaut is out with new technology that enables the creation of a probiotic chocolate bar. Procter & Gamble is also jumping on the probiotic bandwagon with its new Align Daily Probiotic Supplement.

Growing controversy over marketing practices involved in selling foods aimed at kids is providing an opening for organic food and beverage producers. Organic product makers are just beginning to aggressively target the kids' market. In the USA, Amy's Kitchen now offers Amy's Not Just for Kids Meals Frozen Entrees, while Honest Tea is gearing up for the younger set with Honest Kids Organic Fruit-Flavoured Thirst Quenchers that are said to contain half the sugar and calories of other kids' drinks.

The talk of food retailing is Tesco's opening of numerous Fresh & Easy Neighbourhood Market convenience stores in the West Coast of the USA. The UK's largest food retailer, Tesco hopes to reinvent the convenience store as the destination for fresh food. While it is too early to judge how Tesco's effort is going, “fresh” is indeed hot. New frozen foods that are cooked with steam in special microwave packages like new Rosetto Steam 'n Eat Ravioli in the USA are an up-and-coming “fresh” trend. The number of new food products launched in the USA that either use or are designed to use steam as a cooking method tripled between 2005 and 2007, according to Productscan Online.

Superfruits for the masses

High nutrient “superfruits” like acai, goji berries, noni and even pomegranates have recently been popping up in a widening array of food and beverage products sold though health and natural foods stores. Look for “superfruits” to go mainstream in 2008 as larger companies begin to get into the game. 2008 could also be a great year for emerging superfruits like yumberry. This subtropical fruit has been harvested for over 2,000 years in China, but is new to most of the rest of the world. Hailed for its high antioxidant content and cranberry-like flavour, the yumberry is the basis of a new line of drinks in the USA from Frutzzo Natural Juice including Yumberry Cherry and Yumberry Pomegranate blends.

In a world that is getting smaller by the minute, the continent of Africa remains a mystery for most. That could be changing. We are just beginning to see an influx of African ingredients like shea butter and baobab oil into new non-food items like skin creams and cosmetics. For foods, hot peppers like African Birds Eye Chilli – also known as Peri-Peri – are beginning to appear in new sauces and condiments. And flavours from North Africa like couscous, for instance, are also gaining ground.

“Early to bed, early to rise, make a man healthy, wealthy and wise,” said Benjamin Franklin in Poor Richard's Almanac. With nearly 13% of Americans leaving for work before 6:00 am (up from 9% as recently as 1990), most have mastered “early to rise”. “Early to bed” is a different animal and as research shows a link between lack of sleep and obesity, look for a growing market for sleep aids and stress-relieving products that promote sleep like Nakazawa Adult Milk in Japan. This new milk comes from cows milked at the break of dawn and is naturally high in melatonin, a sleep aid. Also, look for new products based on the amino acid gamma-aminobutyric acid (GABA), which is lauded for its stress relieving properties. Jones Soda recently secured the rights to this ingredient in the USA and expects to use it in new beverage products.

Making food “better for you” without stripping it of the things we all love is a challenge for food scientists. Increasingly, this challenge is being met with new products that deliver a hearty crunch that can help make up for reduced fat and calories. According to Datamonitor's Productscan Online database of new products, the number of worldwide new product reports touting “crunchy” or “crispy” tastes doubled between 2002 and 2006. Recent new products going down this route include McCain's Frozen Popcorn Potatoes, Masterfoods USA's new Generation Max Snickers Clusters and Kellogg's Club Puffed Multi-Grain Snack Crackers, all new in the USA.

One consequence of aging is that our sense of smell and taste can start to diminish by the time we hit our 40s. To make up for this sensory loss, consumers are demanding hotter, spicier and bolder flavours. Sales of hot and spicy salsas are rising, as are bolder cheeses. According to the Wisconsin Milk Marketing Board, retail sales of blue cheese rose 6.3% in 2006. Datamonitor's Productscan Online notes that mentions of the word “spicy” for new foods & beverages doubled between 2003 and 2006. Look for bold flavours to pop up in brand new areas. It's already happening in Portugal where Adagio Moments Yogurt Drink was launched in a Spicy flavour earlier this year with a blend of chocolate chips, strawberries and chilli peppers.

Power up with caffeine

Caffeine lovers are in luck these days. It used to be that coffee and soft drinks were among a handful of products containing caffeine. Not anymore. In 2007 alone, caffeine has found its way into sunflower seeds, mints, potato chips, jellybeans and even instant oatmeal. Next up is hot chocolate, the traditional kids' beverage that now has as much caffeine as a cup of coffee with new Swiss Miss Pick-Me-Up Hot Cocoa Mix with Calcium in the USA. Given caffeine's push to younger consumers, can caffeinated baby food be far behind?

Greening up for the planet

Kermit the Frog once lamented that it “isn't easy being green”. Do not tell that to packaged goods makers that are finding creative new ways to be green and planet-friendly. In Finland, Into Limetti (lime) long drink is produced by fermentation using wind power. UK-based Stongate Farmers is out with Respectful Free Range Eggs that are produced by hens on farms powered with wind and solar electricity. Procter & Gamble's Pur Flavour Options enables consumers to flavour water as it comes out of the tap, avoiding the waste associated with bottled water. And finally, USA-based Wonder Tablitz offers a line of household cleaners and deodorizers that use effervescent bottles and special spray bottles. Consumers add their own water and reuse the bottles. 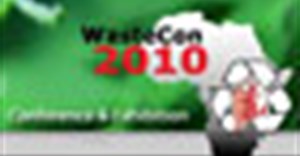 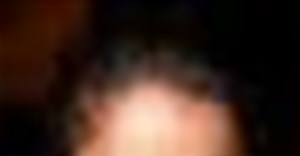