Says Matthew Kretzschmar, creative director of Wunderman South Africa, “We are honoured by this recognition of truly South African work by our peers around the world. The MTN SMS Ya Seiva ['An SMS can save you both time and money'] campaign demonstrates our ability to build brands across the LSM spectrum using tangible, imaginative customer experiences that drive sales and grow relationships.”

The brief from MTN was to increase SMS usage among LSMs 5 - 8 aged 16 - 24 and to explain the benefits of SMS. Wunderman forged the “SMS Ya Seiva” concept using industrial theatre, where actors portrayed various scenarios illustrating how SMS can be a lifesaver; educational and entertaining comic books featuring similar stories based on the lifesaving scenarios along with tips on saving money by sending SMSes; an ‘SMS speak’ dictionary; and prize giveaways of cell phones and airtime prizes. This was supported by an extensive above-the-line campaign including TV, radio in all 11 languages, print and murals.

The successful roll-out of the campaign July - October 2006 saw in excess of 100 000 competition entries and increased weekly handset sales by up to 400%. Most importantly, SMS usage soared from 8.5% to 50.12% across the entire network base, reaching MTN’s second highest monthly SMS activity ever (second only to 31 December 1999 – the eve of the millennium).

This year, 179 entries from 45 offices competed for recognition on the coveted shortlist of just 37. The entries were assessed by more than 60 judges, comprising creative directors from around the globe, academics, editors and industry commentators.

These annual awards were established by the father of direct marketing himself, Lester Wunderman. Many Lester Wunderman Award winners have gone on to win recognition at Cannes and other international advertising awards. 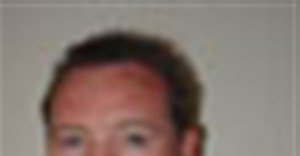